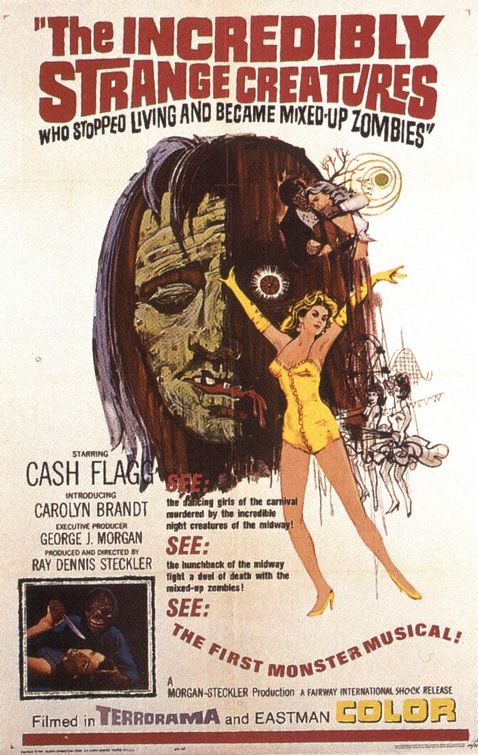 SEE: the dancing girls of the carnival murdered by the incredible night creatures of the midway! SEE: the hunchback of the midway fight a duel of death with the mixed up zombies! SEE: the world’s first monster musical!

Jerry and his pals head to the carnival for an evening of fun and shenanigans, but end up getting more than they bargained for when they cross paths with an insane fortune teller and her odd sidekick Ortega.

Though the MST3K version of this film is pretty fantastic, to be honest, Steckler’s work stands just as well on its own. I’m not saying it’s good, of course, but TISCWSLABMZ is surreal and dreamlike, boasting a dirty aesthetic which only adds to the experience.

A bit of an endurance test, for sure, but well worth the effort.

Stars Steckler himself, Caroyln Brandt, and the unintelligible Atlas King.