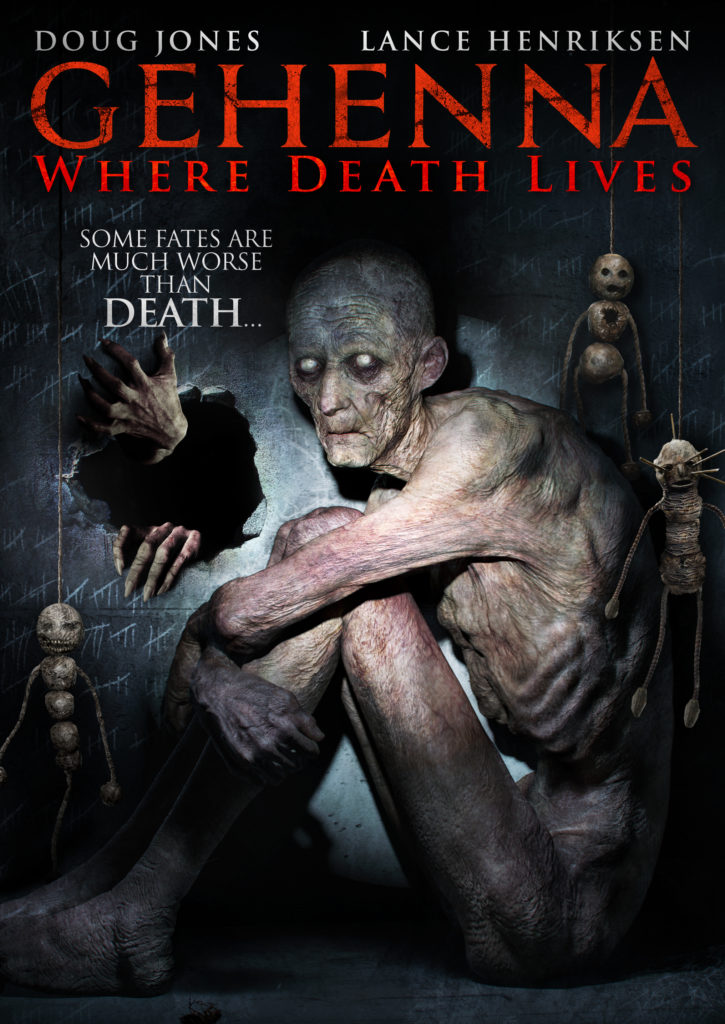 Nearly a year and a half after premiering at 2016’s Shriekfest Film Festival, GEHENNA: WHERE DEATH LIVES is finally getting a U.S. release though Uncork’d Entertainment this Friday, May 4th. Though films often relay on festivals to kick up buzz, GEHENNA has a pedigree which precedes itself.

Celebrated costume actor Doug Jones (HELLBOY, THE SHAPE OF WATER, ABSENTIA, Mac Tonight from those 1980s McDonalds commercials, and just about everything else since then) has a part in the film doing what he does best: creeping out the viewers by playing a nearly dead “Creepy Old Man” in the film. It is unclear if the film’s release delay was due to distribution drama or waiting or Jones’s star to rise with the Best Film of 2017, but in either case, it is here now.

GEHENNA is also the feature directorial debut of special effects master Hiroshi Katagiri (JURASSIC PARK III, PACIFIC RIM). Given the film’s focus on special effects over substance, this must have been a natural choice for him to launch his feature film directing career. 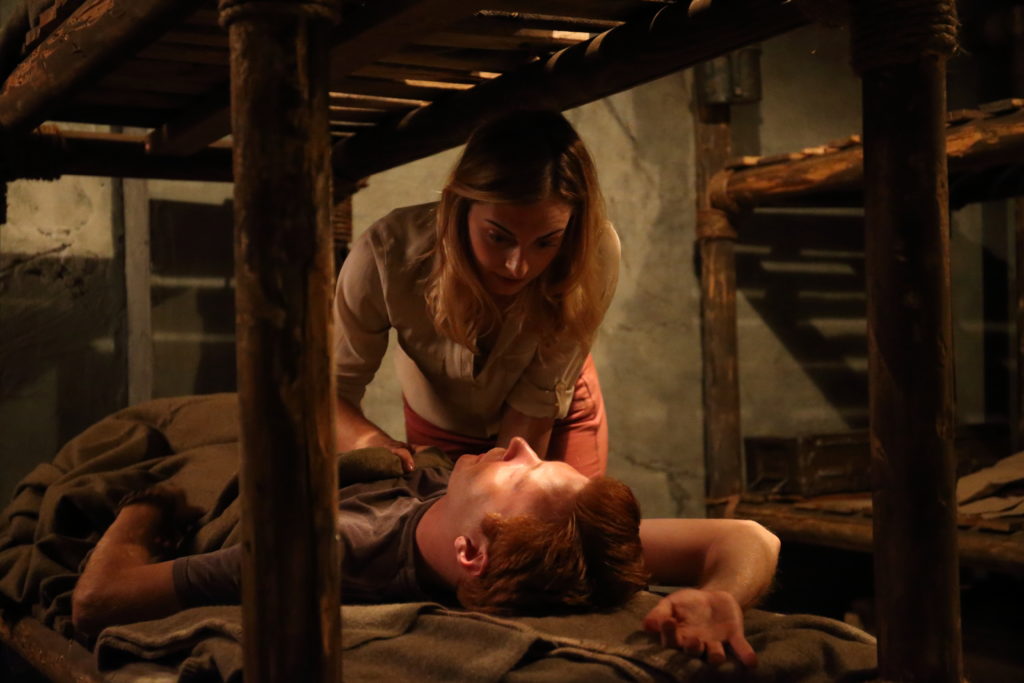 GEHENNA takes place in the island territory of Saipan. A Pacific island and also a commonwealth territory of the U.S., the idyllic location is perfect for a new hotel resort as it has yet to be exploited by a private corporation. Our group of developers and investors arrive on the island to explore a potential site for such a hotel. But we have just seen the pre-credit sequence that showed a man’s face getting cut off while he was alive during a ritual, so we know that there will likely be some issues with their research.

As the group is debating the logistics of bringing in construction crews and materials to this remote location, they stumble across a teeny problem: a local ranting blind man warning them to turn away, to go no further, and yo obey the rules from his ancestors. Sadly, this is not the last major horror film cliché that we will see in GEHENNA. 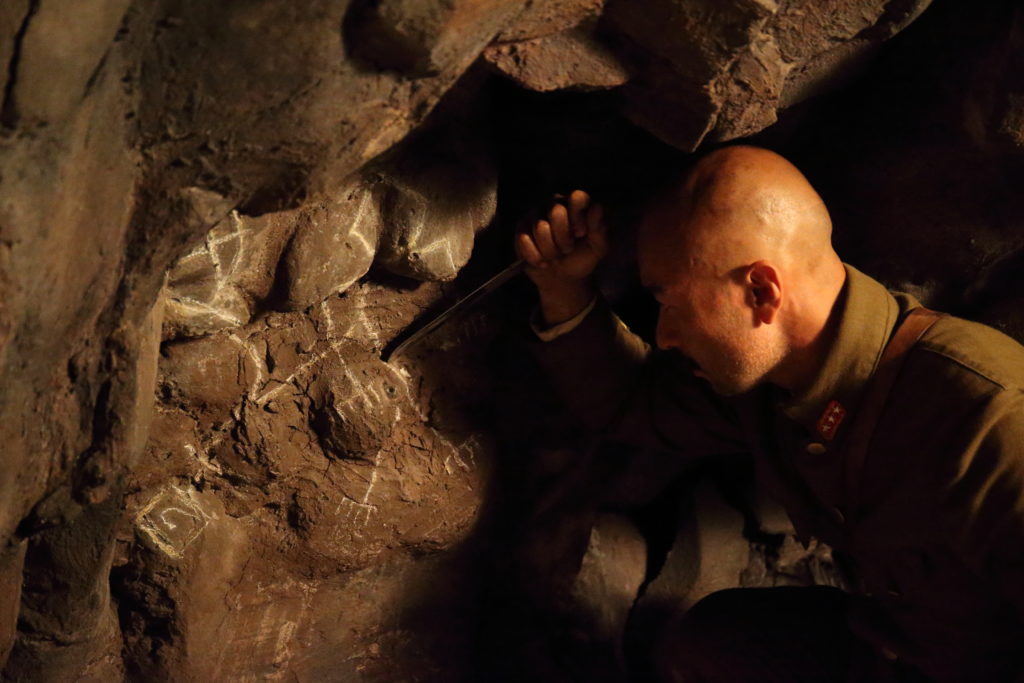 This old man is warning them not to explore the underground tunnel they are about to explore and which will become the setting for the rest of the film. As they descend into the ground they realize it is an abandoned bunker that was once used by Japanese occupying troops. As they stumble across various haunted house ephemera (a blood stained diary, a small native totem,  piles of corpses, etc.) they find it hard to put together the story of exactly what happened there. And as they begin to interact further with the unfortunate history of the bunker they discover that their personal demons have followed them into the ground too.

For the most part, GEHENNA has a solid horror premise that offers an uncommon take on the trapped-in-a-single-haunted-location horror film. These people are invested in exploring this site, and their careers depend on seeing all that they can there. This adult motivation trumps a juvenile curiosity, of exploring for the sake of exploring, and clarifies their interpersonal relationships as well.  Also, the fact that the film actually confronts the horrors of occupation by a military and the resulting clash with native cultures is a refreshing dose of respectful realism from a genre that often brings horrors to locations without taking in to account the history of that land. It would have been a stronger if that clash was the focus of the horrors in the bunker.

But instead the film backslides into the personal horrors of the developers. In sequences that mimic the Hell of BILL AND TED’S BOGUS JOURNEY, each character has to independently confront a painful facet of their past. While trapped in a haunted bunker filled with corpses and Japanese weapons any additional, non-sequitur scares are distractions and not enhancements to the thick tension. 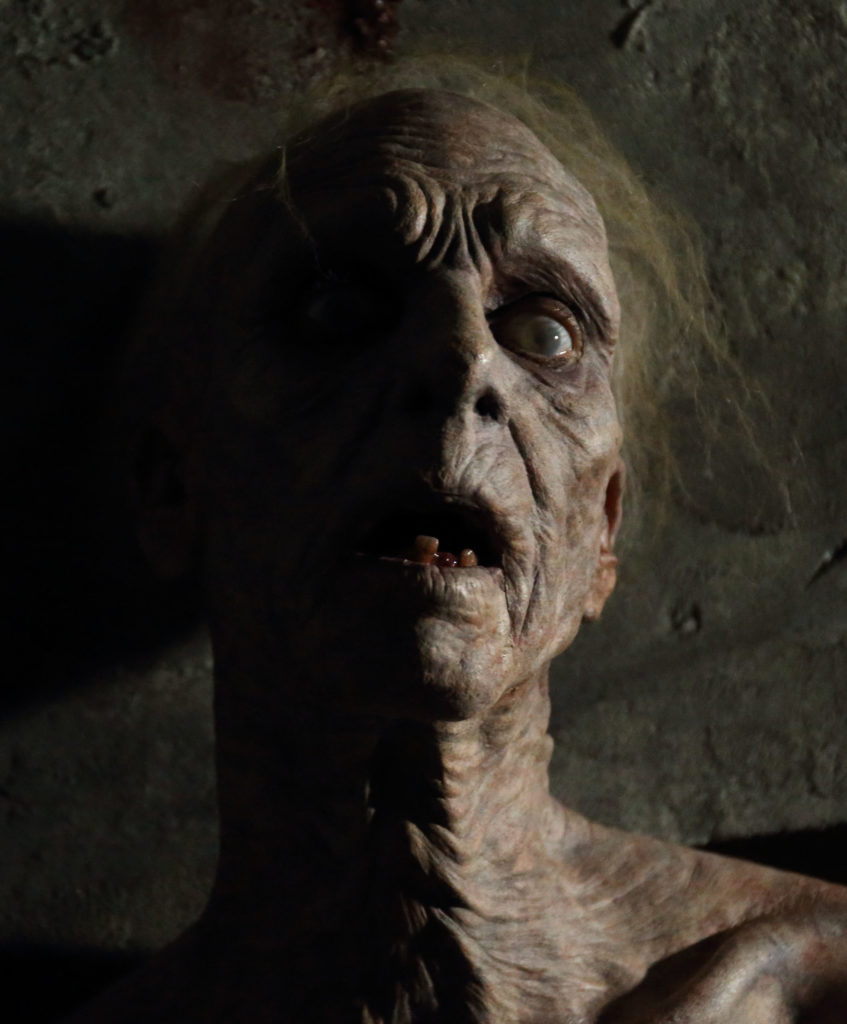 Katagiri’s touch as a special effects maestro is evident, and the practical effects are wonderfully executed. The few faces we see cut off of a few people do look a bit too intact, but looking beyond that the rest of the film’s monstrous elements look amazing.

It is this artistry and the film’s stronger elements that make GEHENNA ultimately a frustrating horror film. There are excellent ideas, effects, performances, and scares, but also an accumulation of clichés and unnecessary details that prevent it from being a great film. With that said, it is worth watching (with reserved expectations), and it will be intriguing to see what Katagiri makes next.