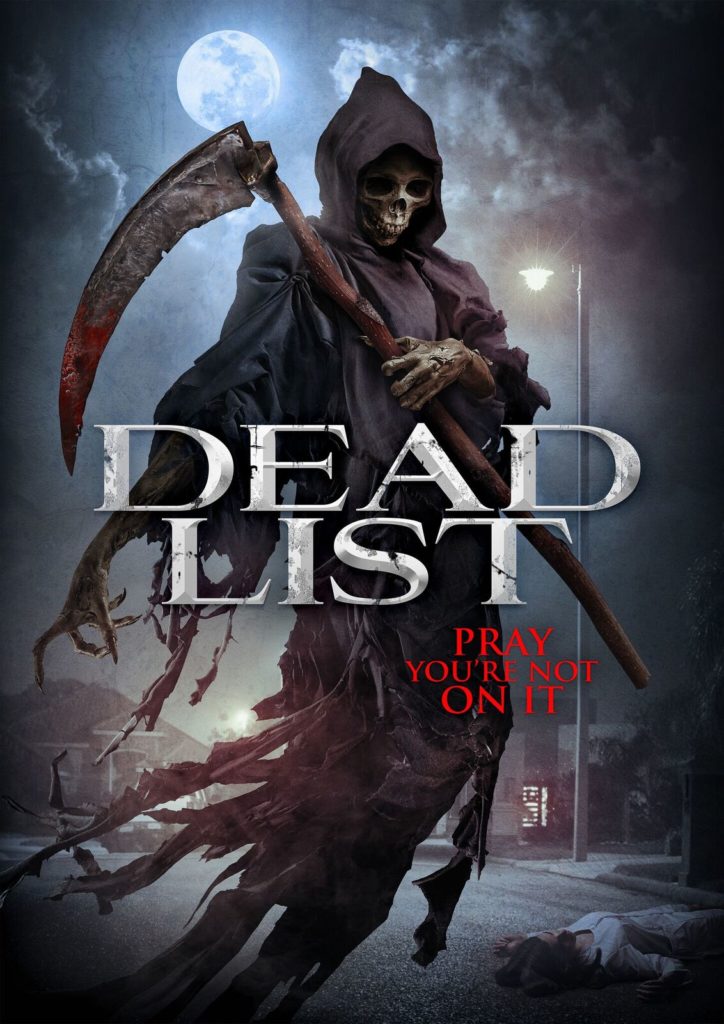 Anyone who has taken any kind of interest in filmmaking sooner or later becomes aware of the constant struggle that surrounds it. The journey from page to screen involves numerous hurdles and countless variables that are present in any and all levels of filmmaking. A director struggling to get their production greenlit is pretty common, as are the countless screenwriters and actors struggling to get their big break. DEAD LIST is a horror movie about struggling actors, who by default are being played by struggling actors. One would think that acting-wise, this would be a no-brainer. In this case, it is not.

After a brief opening sequence where a young woman is pursued and killed by some unseen “monster,” we are thrust into the lives of said struggling actors, as each of them vie for a part in the new Martin Scorsese flick. In between various boring conversations at casting auditions, each one of them meets their demise. As this happens, a symbol appears on their skin, as their name is added to a book. The way each of them meets their maker appears to be unique, based on the character’s personality. This must’ve been somewhat of a challenge, being that most of them don’t seem to even have a personality.

One of our struggling victims suddenly becomes deaf and loses his ability to leave his apartment. Every door that appears to be a way out ends up leading him back inside, leading up to a bizarre confrontation with a power drill. Another victim is stalked by an elderly vagrant woman who suddenly appears in the middle of the street. Did I mention the drug addict who’s attacked by a killer clown?

Early in the film, a character hears a police report while driving. Upon the realization that the culprit is African-American, he proudly exclaims, “Glad I’m not black,” as he sips from a water bottle. He subsequently goes into a fit after glancing into the mirror and seeing a black reflection. His hands are black. His voice is ‘black,’ and his girlfriend fails to recognize him on the phone. Needless to explain, he ends up riddled with bullets by the police. Granted, looking into a mirror and seeing another face than one’s own would be a nightmare in itself, but seeing a white guy freak out because he appears black leaves somewhat of a mixed message, to say the least. Perhaps the filmmaker had been trying to make a point, yet it seems to have been lost somewhere along the way.

Nearly every character is merely a slight variation of a typical twenty-something white male. There are no female leads, and the only non-white character is a reflection in a mirror. Half the conversations occur via smartphone, leaving very little clue as to who the offscreen character is supposed to be, and how they relate to anything else in the film. There are actually some very clever psychological horror sequences that seem to only be loosely connected to what little narrative exists. If I didn’t know better, I would’ve thought this to be an anthology film with multiple directors. Thinking of it this way actually makes it seem like a better film.

I do have to admit that the third act does somewhat salvage things a bit — even including a clown twisting a balloon, affecting the victim in a “voodoo doll” kind of way. The “twist ending” seems a bit from lifted from a certain Steven Soderbergh film, then ends up as a twist upon a twist. Josh Eichenbaum’s performance as an addict going through a horror-induced psychosis stood out among a sea of actors playing actors. I will look forward to his appearance in other films.

Despite its uneven tone and mostly poor acting, DEAD LIST mostly delivers in the scare department. It’s far from great, yet still could be a fun silly horror flick for those who appreciate that sort of thing.

DEAD LIST is available on VOD as of today, May 1st.