Too often when independent filmmakers decide to make a horror film with a tiny budget, they turn to the old standards: the slasher and the zombie movie. Worthwhile zombie movies are actually extremely difficult to turn out on a small budget, although it is certainly possible. Slashers seem like they would be even easier to pull off, but again making a slasher movie worth watching is a lot harder than it looks. It’s always fun to see a filmmaker do something interesting with these old standbys, but it’s more exciting to see someone take a unique approach to something unexpected and/or create something genuinely original. It is exceptionally rare to find a film of any budget that really feels like something new, and so when a film comes along like I AM A GHOST, it is a special occasion indeed.

Emily (Anna Ishida) goes through the same routine every day. She wakes up, makes breakfast, walks to the store to pick up groceries, cleans around the house, etc. One day she wanders into a room and is frightened by a disembodied voice speaking to her. This voice is Sylvia (Jeannie Barroga), a medium. Emily learns that she is a ghost haunting her home. Sylvia has been brought in by the family who currently owns the house to help Emily transition to “the next place,” but something is keeping Emily trapped in the house. Emily and Sylvia strike up a tentative rapport, with Sylvia trying to work with Emily to learn what it is that prevents her from leaving the house, but each time the communication between Emily and Sylvia is broken, Sylvia has to start all over again convincing Emily of her situation, and whatever dark secret is buried in Emily’s past is determined to stay hidden. 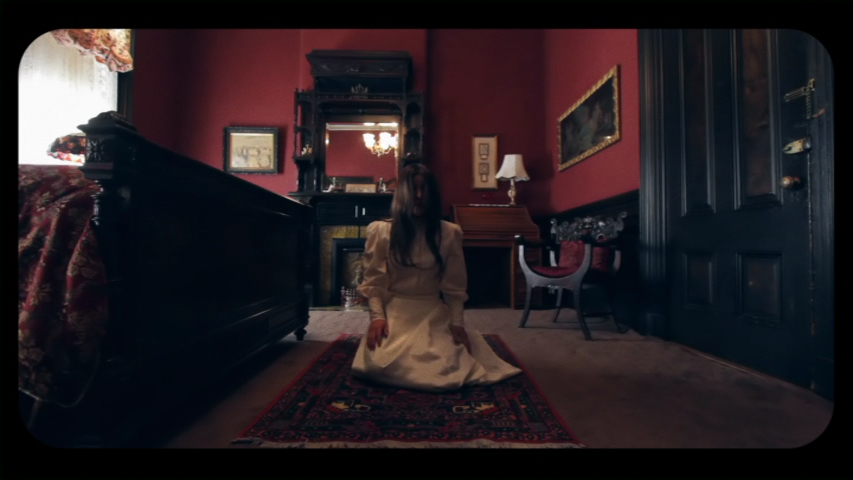 This simple setup is ingenious for a micro budget feature: Emily is practically the only character the audience ever sees, and confining the action almost entirely to the interior of the house requires only one good location. This economical approach has its hazards, though, namely that it relies entirely on just a few actors to keep the audience engaged. Fortunately for writer/director H.P. Mendoza, Anna Ishida is more than capable of carrying the film. She is excellent as Emily, a well-drawn, compelling character who is in a terrifying situation. Her performance is especially impressive given the film’s fractured, disjointed structure. For a long stretch of the first section of the film, the audience watches Emily go through her daily routine with cuts to black and jumps through the timeline of the day with no explanation. We see her do the same things over and over again exactly the same way in short snippets of time until she is interrupted by Sylvia, which comes as a major shock both for Emily and for the audience, who have fallen into the rhythm of her strange situation.

The other major concern in such a small production is the location, and this one does not disappoint. The rooms of the house are beautifully designed and decorated, but over time the house becomes increasingly claustrophobic (a feeling enforced by the black frame around the image) and oppressive. The camera’s lingering on the details of the house and the circular structure of Emily’s haunting recall Alain Resnais’s LAST YEAR AT MARIENBAD, one of the greatest (often unacknowledged) “haunted house” films ever made. We watch Emily wander through this beautiful space, trapped, repeating her actions with no knowledge that she is running an endless loop. Ishida’s performance and the absolutely perfect location are the two foundations on which I AM A GHOST is built, and Mendoza’s willingness to explore what this experience must be like from the ghost’s perspective—even if that means the film’s structure is somewhat alienating at first—is exciting. 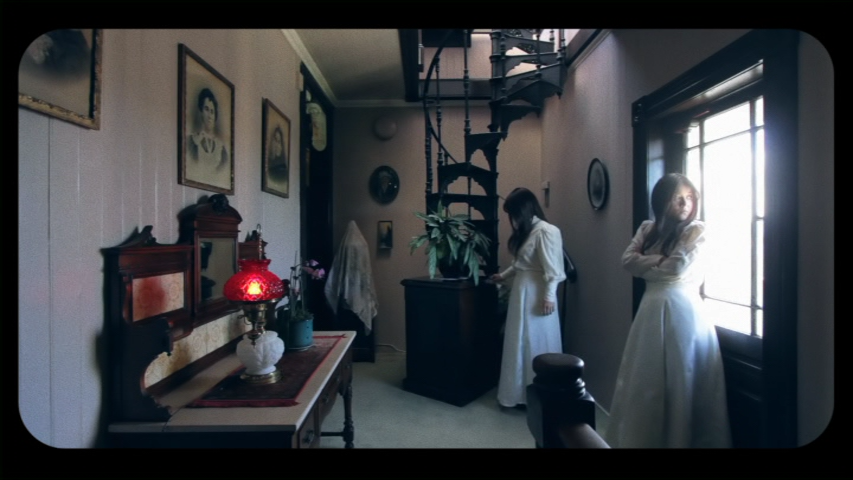 As refreshing as the film is, it’s not quite perfect. Jeannie Barroga’s voiceover work as Sylvia is mostly fine, but it is sometimes the weak spot in some of the more emotionally difficult scenes. Ishida’s performance is great, but Emily occasionally feels a bit too modern for a character that supposedly lived well over a hundred years ago. There are a few effects near the end that don’t quite work the way they were probably meant to. Still, these are truly nitpicks in what is overall one of the most unique and artful independent films of any genre to come along in recent memory. I AM A GHOST is the kind of film that can only come from adventurous filmmakers working with limited means, and it instantly marks writer/director H.P. Mendoza as a talent to watch.

I AM A GHOST is available on VOD through various platforms, and is also available directly from the filmmaker on DVD here. The DVD features a lively “NSFW commentary,” a behind-the-scenes featurette, a live performance of the song “Emily’s Theme” filmed at the Castro Theatre, and the film’s trailer.