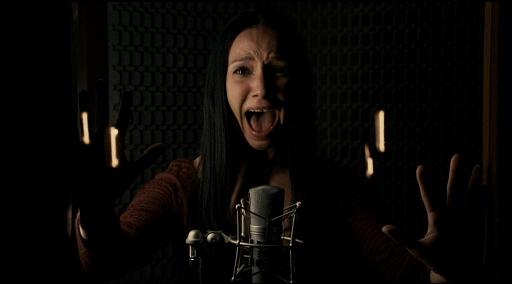 Here’s how BERBERIAN SOUND STUDIO works, at least in my experience:

Wonder, “What did I just see?”

Find friends who saw it.

Barring that, go to internet.

This story of a movie sound artist from Britain (Toby Jones), who goes to Italy to work on a giallo film and gradually loses himself in the process, may feel oblique and inaccessible to many. But the pure joy the filmmaking takes in the elements of cinema is tangible. You may not immediately grasp everything you’re seeing and hearing, but you feel it. And it’s clearly composed with terrific intelligence and skill.

Writer/director Peter Strickland, who returned in 2015 with the rapturously-reviewed film THE DUKE OF BURGUNDY, created with BERBERIAN SOUND STUDIO one of 2013’s most indelible films. Like a dream or a nightmare, maybe all that sticks in your mind after the first viewing is a sound or an image. That’s why you’ll want to explore it again. I’ve seen comparisons made to the sketchy dream features of David Lynch, but my hunch is that this film actually is far more linear than most of Lynch’s work. The questions are answerable, with enough attention paid. But I could be wrong. That’s why I want to explore it again. And then again.