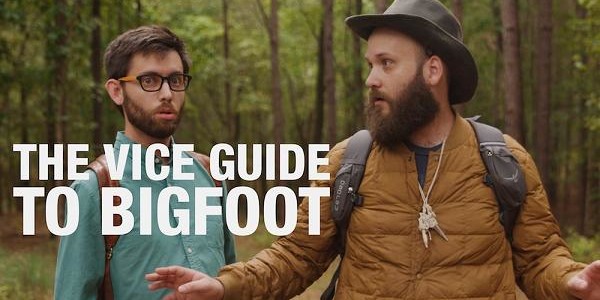 Okay, before I jump into why I love THE VICE GUIDE TO BIGFOOT so much, I need to spell out a few things from my past and how I became to be such an avid lover of cryptids.

When I first graduated from college, I got a job at a massive media company helping manage their social media presence and working on digital strategy. Since I was new, I was put in charge of social media for one FINDING BIGFOOT, and let me tell you, working on that show changed my weird life. It was the black sheep of my workplace, laughed at, and seen as a burden. But boy did I dive right into the subject matter. I already loved the weird and the unusual, so I was ready to give myself to the world of Bigfoot. I hosted Q&As with talent, provided extra video content for after new episodes, and even went Bigfooting on Facebook Live. I spent an absurd amount of hours on the phone discussing Bigfoot’s paranormal capabilities. I even got yelled at by a cast member over the phone while I was shopping at H&M! I threw myself into cryptozoology because it was weird, it was amazing, and it gave people a sense of purpose. Who knew that Facebook Live would bring me into the world of cryptids?

Suffice to say, I have my fair share of experience working in the world of digital media, and between that and my time working on FINDING BIGFOOT, Zach Lamplugh’s THE VICE GUIDE TO BIGFOOT was exactly what I never knew I needed from a film. This is a satirical and hysterical look not only at the world of digital journalism, but at the culture that has arisen around the cryptid community. It captures that exhausted enthusiasm many young writers grasp onto as they are given a new project. This is a film about what it means to want to tell stories and how soul-sucking that desire can truly be.

Brian (Brian Emond) is a bearded Brooklyn hipster who wants nothing more than to change the world with his words and his stories. Well, he may not be changing the world yet but he’s tracking down Soundcloud rappers, watching a man craft homemade vitamins, and more. Each video he produces is layered with a quiet yet effective beat, and graphics dance across the screen to give it a little something extra. These meaningless assignments and strange people do not fascinate Brian. In fact, he despises his job and how he has sold his soul to a big media company. Then, he is sent on an assignment to hunt for Bigfoot. While Brian loathes the assignment, he’ll soon see how it will change his career forever.

He and his cameraman Zach (Lamplugh) head to the woods to meet with the Cryptid Commander himself Jeff (Jeffrey Stephenson). The self-proclaimed Bigfoot expert dons his signature explorer and brags to his YouTube channel that Vice is here to follow him. That’s not before his drunk cousin tackles him and wrestles him to the ground. All three characters are struggling with their own emotions and while THE VICE GUIDE TO BIGFOOT is hilarious, it also has a lot of love for its characters. Yes, they make strange decisions and mistakes, but no one is straight out demonized or painted as the bad guy. These are just three dudes, sitting in the woods, wanting to be anywhere but there.

THE VICE GUIDE TO BIGFOOT does capture a slice of reality in its portrayal of the cryptid community. Brain and Zach are attending the largest Bigfoot convention in the Southeast, and while that sounds like something written for a satire, these conventions very much exist. The cryptid community can be, frankly, very strange and exist on the border of reality and absurdity. This makes them perfect candidates for a found footage-style film mocking a massive media company.

While the portrayal of cryptids initially enticed me, what kept me was the relationship between Brian and Zach. Rarely are we given a nuanced portrayal of male friendship that involves men being vulnerable with one another, and THE VICE GUIDE TO BIGFOOT wants to remedy that. Brian is a fame-obsessed millennial who wants nothing more than his own news show, while Zach is just so happy that he’s been able to travel the world with Brian for so many years. But when Brian betrays Zach for a new job, Zach doesn’t resort to aggression or violence. Instead, he pours his feelings out which gives THE VICE GUIDE TO BIGFOOT a level of heart I was not expecting, but welcomed with open arms.

When Bigfoot does make his appearance, it sends the film fully into absurdity which is truly the best pay off that you can ask for. While THE VICE GUIDE TO BIGFOOT does seek to imbue its story with heart, it doesn’t lose sight of its comedy. The film’s climax is the perfect blending of comedy, gore, and mockery of the state of online journalism.

As someone who loves cryptids and found footage-style films, THE VICE GUIDE TO BIGFOOT truly hit the spot. It will make you laugh, cringe, and laugh again. Lamplugh has created a satire that should be required for viewing for those who claim they understand how satire works. Perhaps it’s because of self-isolation, but this film was the light I was seeking in a world that seems so dark. 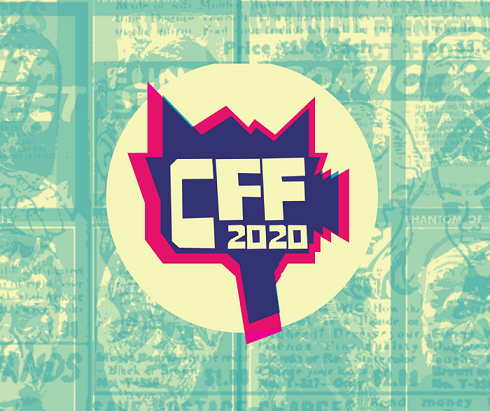