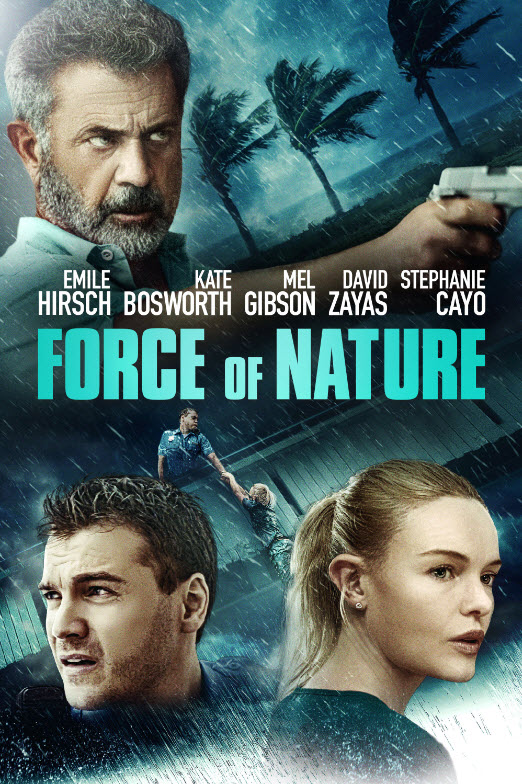 By now, whether we want to know or not, it’s become depressingly clear the industry that produces the movies we love, which enables us to lose ourselves in worlds of fantasy and engage with other like-minded movie fans, is filled with closets, and those closets are filled with skeletons, and those skeletons are hideous. Some of the most revered people in Hollywood have had their falls from grace become very public, becoming a hashtag on Twitter or a criminal charge that eventually leads to litigation. Sometimes these people escape mostly unscathed, and after a few years of chemical and reputational rehab, they can return to us and reobtain both greatness and the respect from audiences and colleagues they lost. For others, their past misdeeds seem damn near unshakeable, and no matter how many apology tours they make and teachable moments they profess to learn and movies they make to widen the time between their unfortunate past and their hopeful present, those misdeeds won’t vanquish. I speak, of course, of Mel Gibson. 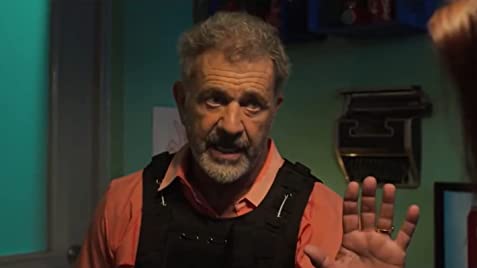 For the record, I hate having to include this journey back down Shitty Memory Lane, and normally I abhor any other article or review that feels the need to shoehorn Gibson’s past misdeeds into said article or review and make it a talking point. Separate the artist from the art, as people often say, and ideally, that’s the way it should be. After all, Polanski still gets to make films that win Academy Awards, and Robert Downey Jr. still gets to play Iron Man 37 times and make 37 billion dollars at the box office. (For the record, I’m not equating them for their past misdeeds, as they’re not even in the same league. I’m more pointing out that our favorite artists have engaged in varying degrees of terrible behavior and should be judged accordingly.) Which brings me back to Mel Gibson, and his newest endeavor as an actor, FORCE OF NATURE, which also brings me to my point: had Gibson not so dramatically, offensively, and disturbingly fallen from grace a decade ago, there’s no way in bloody hell he’d be appearing in something so ham-fistedly stupid and incompetently made as FORCE OF NATURE. Somehow directed by Michael Polish, who developed somewhat of a small, underground following after his two quiet and quirky indy dramas, TWIN FALLS IDAHO and NORTHFORK, FORCE OF NATURE feels like a script that would’ve been politely rejected by Gibson somewhere in the late ‘90s following his string of his warmly-received thrillers that included RANSOM and CONSPIRACY THEORY. The reason I say that is they already made this movie in the late ’90s. HARD RAIN, with Christian Slater, Morgan Freeman (his first of what would be many forays into mediocre genre entertainment), and the crazy Quaid brother, became legendary during its production and following its release because every single person creatively involved never missed a chance to describe how miserable a time they had making it. As far as’90s action flicks that don’t star Van Damme go, it was… a movie. The genre was kinda on its way out by then and would soon be revamped by THE MATRIX and Universal’s long-running CARS GO FAST series, and when genres die for a little, they go out neither with a whimper nor a bang, but a long and sustained whine that you wish would just shut the fuck up. That’s where stuff like FORCE OF NATURE belongs. 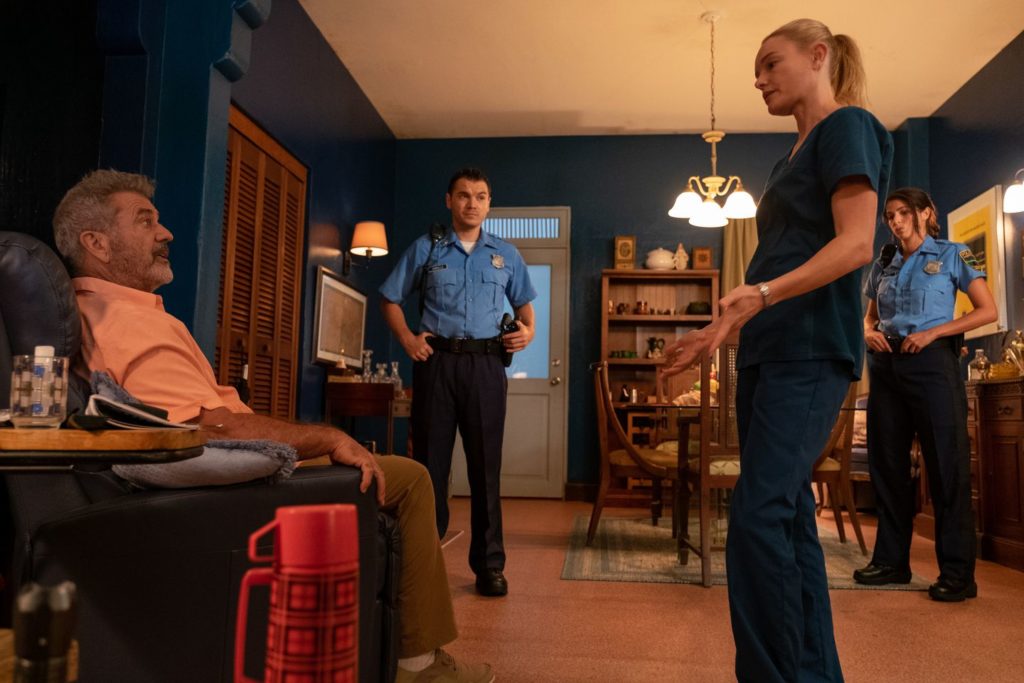 Emile Hirsch plays a cop named Cardillo too young to be burned out and cynical, but we know he’s burned out and cynical because he discourages his new partner, Jess (Stephanie Cayo), from responding to calls on the police band and also says “fuck” a lot. Following a meat-related disturbance call at a local grocery store (I’m not lying), Cardillo crosses paths with Gibson’s retired cop, Ray, who seems to be dying of cough and not that likeable. The Boston accent he’s trying on and the stories he tells about being a cop that don’t exactly paint his past in the best light immediately establishes that he’s going to be stubborn, violent, and tough as nails. You also know that he’s an asshole, because at one point he mutters to himself, “I’m such an asshole.” In the face of a growing hurricane, Cardillo and Jess force-evacuate Ray from his apartment and naturally run afoul of some pretty bad men, led by John “the Baptist” (David Zayas, playing a villain almost as boring as the one he played in THE EXPENDABLES), attempting to pull off a heist of some rare black-market artwork. Naturally, Cardillo, Jess, and Ray are the only ones who can intervene, save the day, uphold the rule of law, and yadda yadda yadda – rest assured, had Gibson said no to this movie like he should’ve, FORCE OF NATURE would’ve been a Nicolas Cage vehicle through and through, because that’s exactly the kind of thing you’re getting.

The script is dreadful, finding ways to split up all the different occupants of the Puerto Rican apartment building where the majority of the film unfolds, which means that – yep, Gibson’s face prominently displayed on the cover isn’t as prominent as his role in the movie – leaving the film’s other bland characters to have heart-to-heart conversations about sad things which is supposed to make them feel like real people. The machinations of these well-worn tragedies feel so trite that you halfway expect Gibson to break down in a sad monologue about that one time on the force when he accidentally shot a kid and he’s been looking for redemption ever since. That doesn’t happen. Instead, Hirsch’s Cardillo takes the reins of the tragic backstory, which comes damn close to killing a kid, while Gibson’s Ray mutters about being poisoned by his own shit (literally), hence all the coughing. Meanwhile, in another apartment, a man named Griffin (William Catlett) is recovering from the wounds inflicted by his real lion named Janet he keeps locked in his closet and being cared for by Bergkamp (Jorge Luis Ramos), who may or may not be an escaped Nazi, and if you’re reading all that and thinking, “how on earth could FORCE OF NATURE be boring?,” well, my friend, that’s because you haven’t seen FORCE OF NATURE. (And if you think Janet the lion doesn’t figure into the bad guy’s comeuppance at the end, you’ve never seen a movie in your life.) 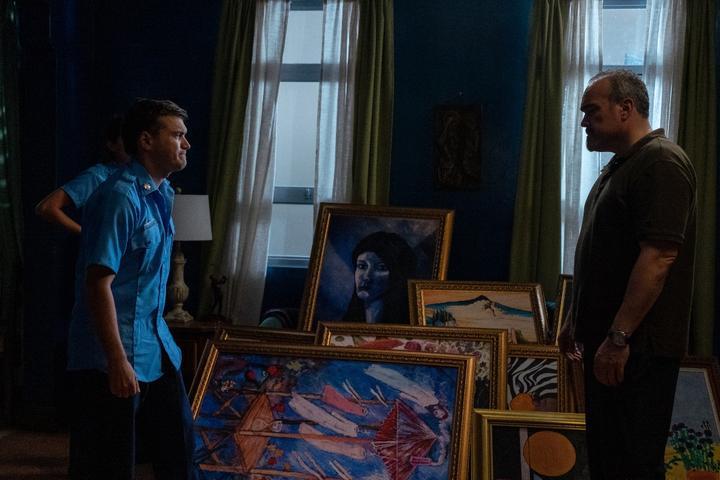 One would be tempted to think, and I wouldn’t blame them because I was hoping for this too, that FORCE OF NATURE might be good, at the very least, for watching Mel Gibson be old and irascible and shoot lots of bad guys in violent ways. While that does happen, it doesn’t happen nearly enough to make the overall experience any more than tolerable. Not as engaging or suspenseful as DRAGGED ACROSS CONCRETE, nor at least as consistently if vapidly entertaining as BLOOD FATHER, FORCE OF NATURE, let’s hope, is the worst movie Gibson makes between now and the end of his career. Whether or not he deserves better than something like this kind of dismissible bilge is for you to debate, but what I can say, conclusively, is that audiences definitely deserved better.

The Blu-ray from Lionsgate Films, which contains no special features, is now available. In addition, the 1999 Sandra Bullock movie FORCES OF NATURE is currently available via HBO On Demand. I’ve never seen it, but it’s gotta be better than this.