December 3rd, 4th, and 5th, the New Beverly is playing host to the Hollywood Reel Independent Film Festival which this year features the first HD print of MANOS: THE HANDS OF FATE (which I am positive is not a good thing), a Tinto Brass retrospective with extended and restored prints of La Vacanza & Dropout, starring Vanessa Redgrave & Franco Nero, Uwe Boll’s latest and much more. Click here for more information on the festival.

Click here for more screenings and showtimes at the New Beverly. 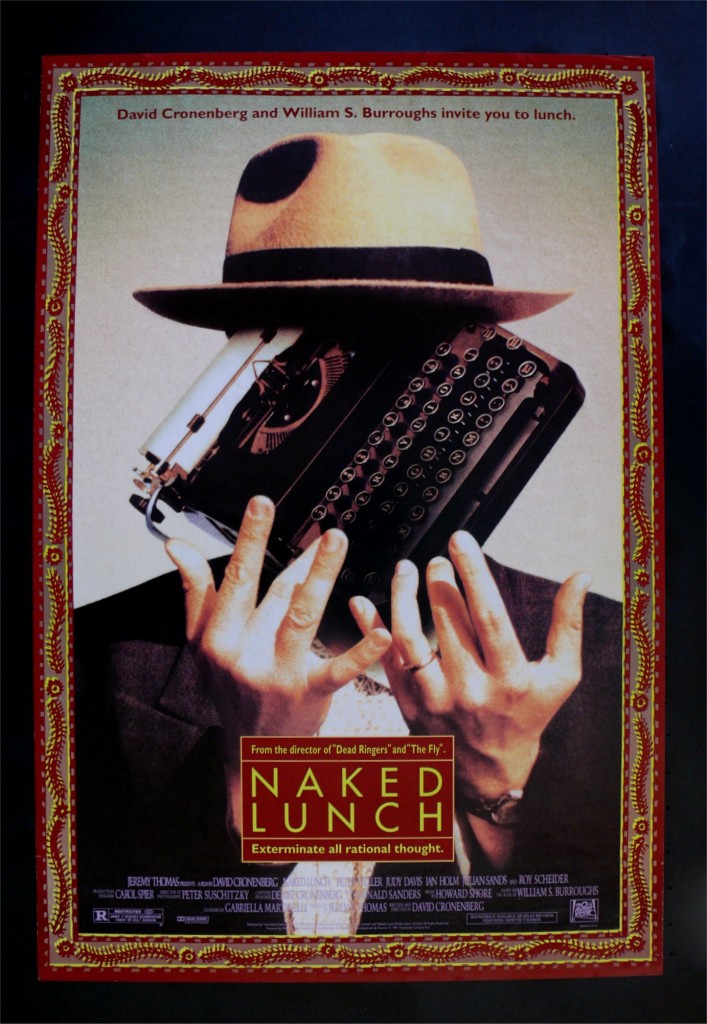 “Who but David Cronenberg would’ve ever tackled the task of filming William Burroughs’ infamously “unfilmable” Beat Generation masterwork — and who else would’ve reveled so deliriously in Naked Lunch’s taboo-shredding transgressivity? First published in ‘59 (and the subject of both an obscenity trial and many local bannings), Burroughs’ non-linear paean to homosexuality, espionage and a psyche-shattering level of drug use brought Eisenhower-era audiences to their knees — and Cronenberg’s post-modern adaptation is as freewheeling as possible within the limits of commercial filmmaking, combining the novel’s text, parts of other early Burroughs works, biographical sketches and the director’s own flights of fucked-up fancy to produce a movie experience flush with palpable paranoia and zonked imagination. Drawling like a champ, the incomparable Peter Weller is Burroughs’ on-screen surrogate; as well, heavy hitters like Judy Davis, Ian Holm and Roy Scheider are a Greek chorus’ worth of supporting insanity, and the jazzy orchestral skronk courtesy of Ornette Coleman and regular Cronenberg composer Howard Shore is the perfect skit-skat accompaniment to the film’s upside-down noir vibes. Long live the Mugwump, and his effervescent juice!” The Cinefamily website. BURROUGHS “CUT-UP” FILMS plays before NAKED LUNCH. Click here for more information, double features, and showtimes.

AT THE ROXIE THEATER

This year, the festival features a DG legend, Mr. Barry J. Gillis (THINGS) and his new film THE KILLING GAMES, in addition to Mike Malloy and his new documentary ERUOCRIME: The Italian Cop and Gangster Films That Ruled the ’70s! (recently name-checked by Bill Lustig on Elvis Mitchell’s podcast The Treatment). You should do your best to hit all the films at this fesitval, but whatever you do, don’t miss these two. 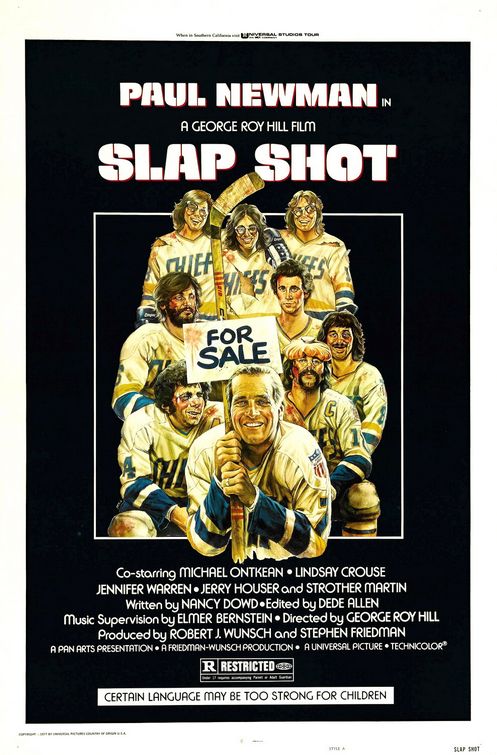 Hands down the coolest event going on this week. “Need a cure for the lockout blues? What would a ‘Slap Shot’ night be without a Hanson Brother? Tribune movie critic Michael Phillips and sports columnist Steve Rosenbloom co-host a panel discussion of the foul-mouthed 1977 Paul Newman hockey bash “Slap Shot” followed by a rare screening of the restored 35mm film. Concessions and cash bar available.$15. 7:30 p.m. (doors open at 7 p.m.).” TMBT webstite.

AT THE LOGAN THEATRE 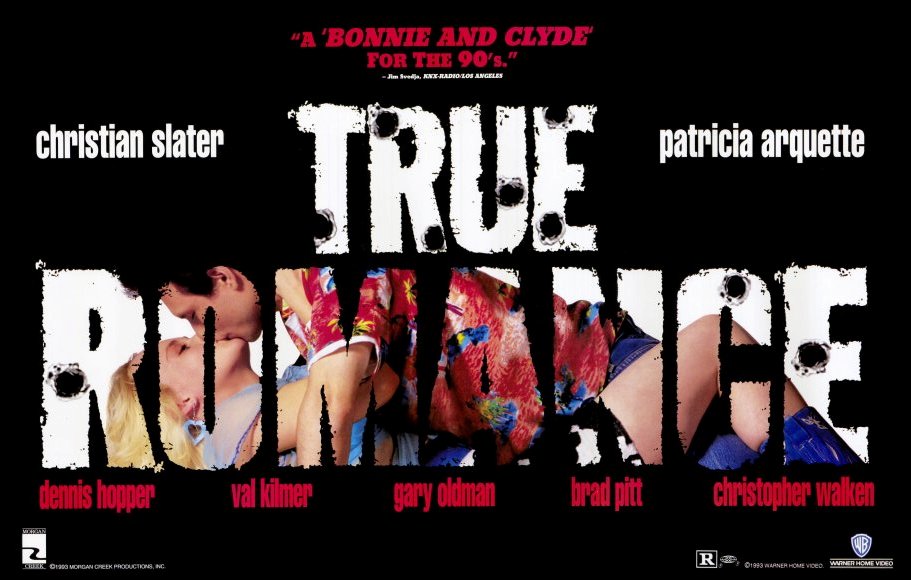 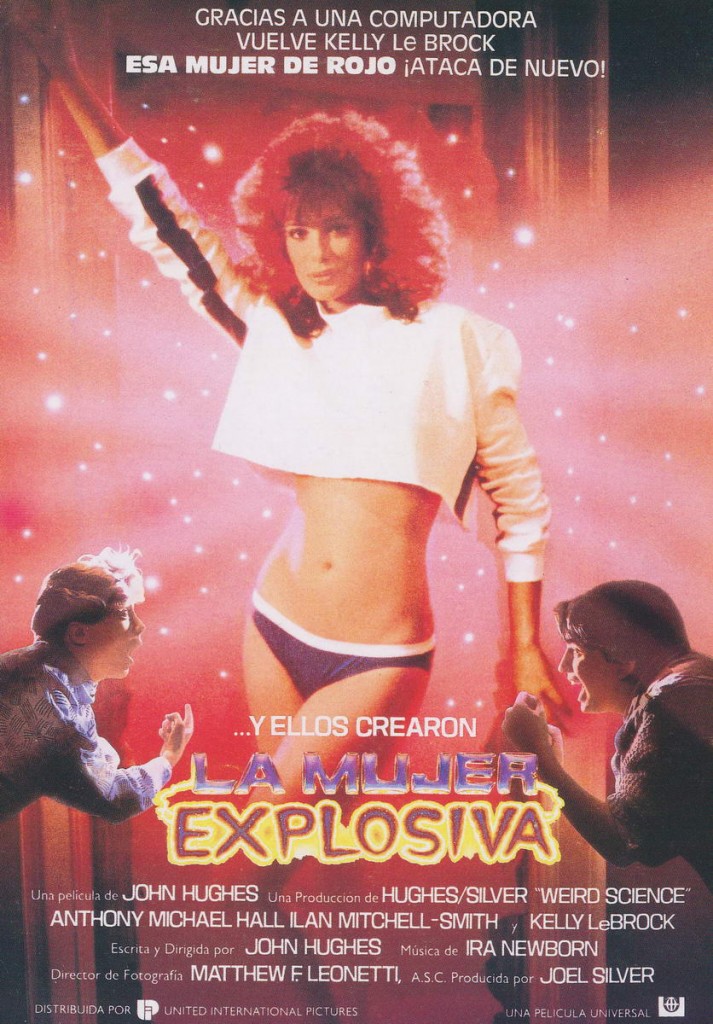 And on December 7th… 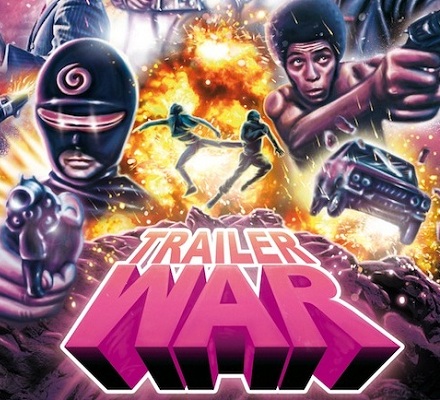 Unleashed from the vaults of the Alamo Drafthouse, a meticulous selection of the best, strangest and most amazing coming attraction trailers in the world! Most have never been available in any home format, and all are presented for the first time in high definition. From the high flying, explosive metal mayhem of STUNT ROCK to THUNDER COPS’ disembodied flying head chaos, each 3 minute masterpiece is like a beckoning portal to another, more exciting dimension. It’s a crippling overdose of towering flames, mechanized destruction, lurking fear, poor sexual choices and spiritual devastation on an apocalyptic scale. You might want to have a cornea donor standing by just in case…because THIS IS GOING TO BURN!

Like TRAILER WARS, the next feature is also playing the 7th and 8th. So, if you’re having a tough time deciding, let DG do it for you. TRAILER WARS Friday, and GREMLINS Saturday. 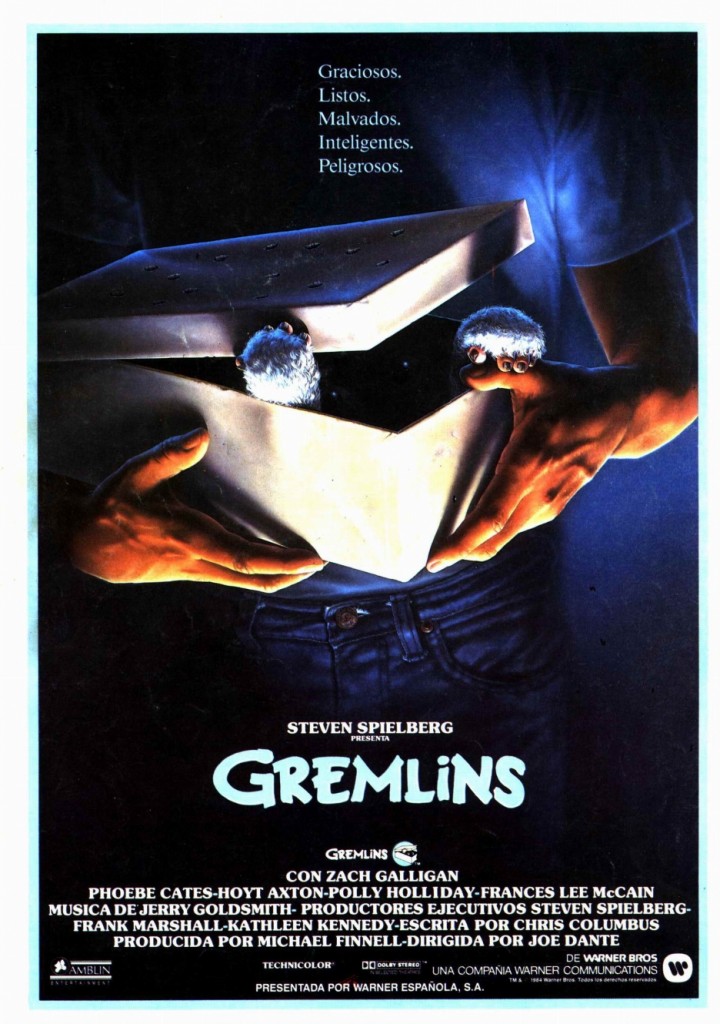 December 7th and 8th at midnight: 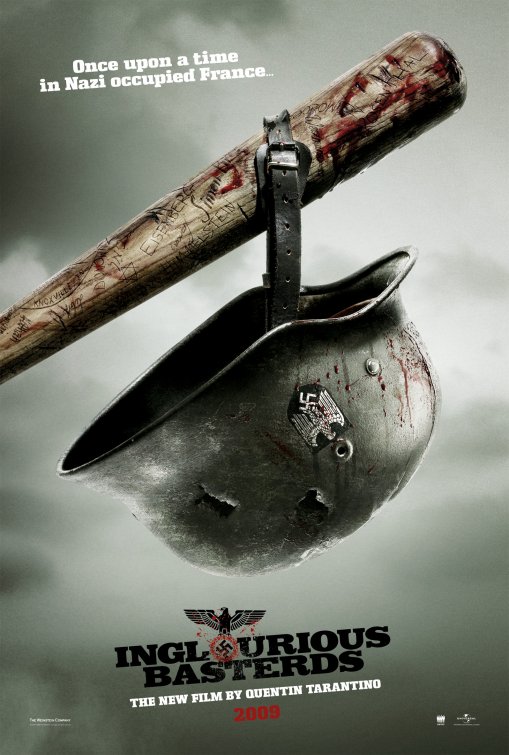 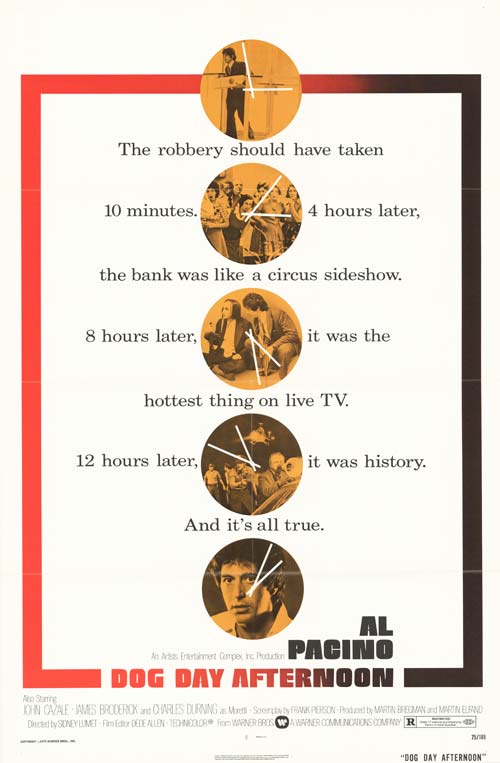 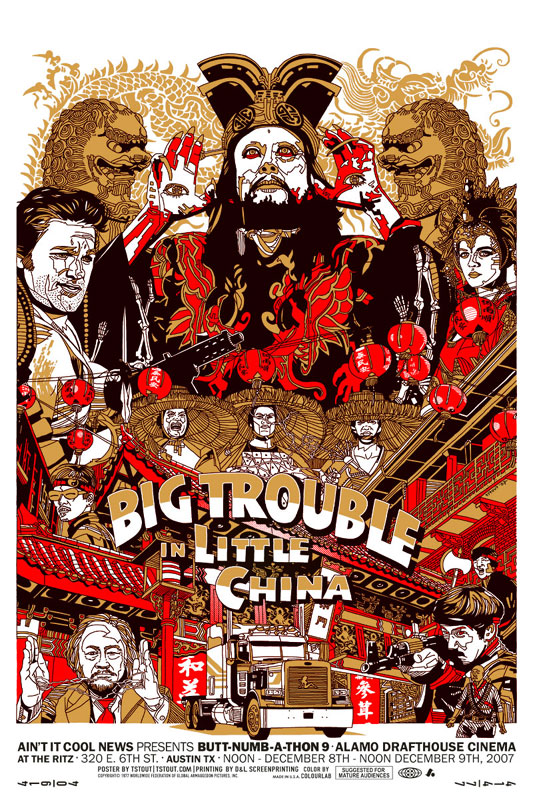 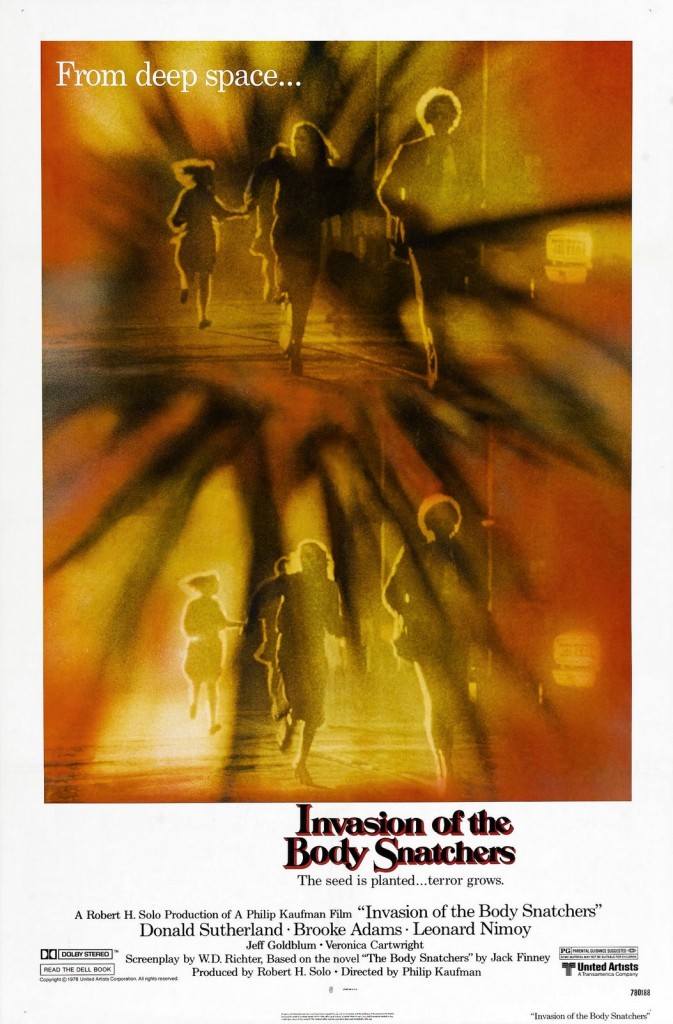 And on December 7th: 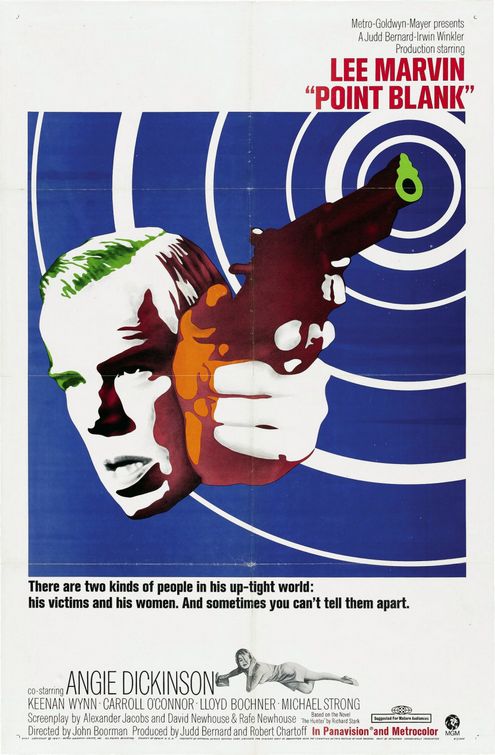 There is all kinds of good shit playing here this week. Click here for more information, features, and showtimes.

“The first Philip K. Dick Science Fiction Film Festival is pleased to announce that they will host the New York premiere of Justin Timpane’s Ninjas vs. Monsters, the concluding chapter of the Ninjas trilogy. The film will screen on Saturday, December 8th at 11 pm at IndieScreen in Brooklyn. Ninjas vs. Monsters joins such esteemed films as Radio Free Albemuth, Juan of the Dead, The Last Push, and The Final Equation.” Excerpt from Breaking Glass press release

There is all kinds of good shit playing here this week. Click here for more information, features, and showtimes. 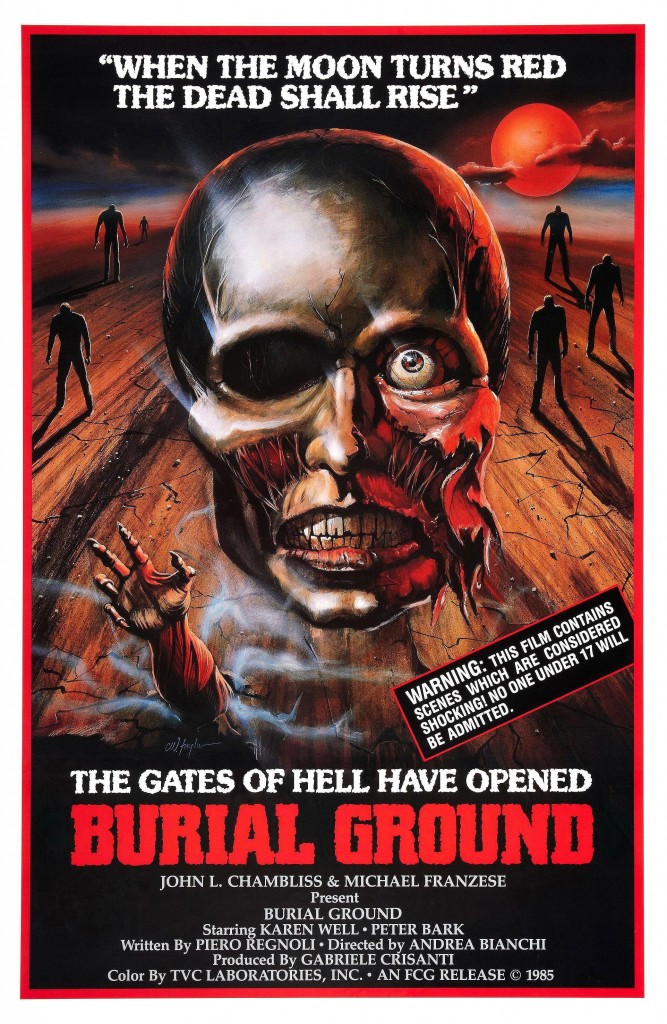 The biggest pile of WHAT THE FUCK! known to the zombieverse. 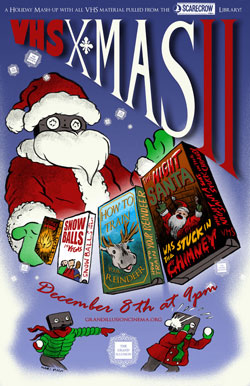 “Santa’s got another brand new bag… of old video tapes! After a hit show last holiday season, we dug deeper into the archives of Scarecrow Video for a collection of rare Christmas footage, all from vintage VHS! Guaranteed to instill viewers with a mind-boggling case of Christmas fever. Featuring music, magic, montages, comedy, cartoons, commercials and an all-star cast! Poster by Marc Palm.” Grand Illusion website

Playing now through December 6th is a triple feature of Bogie. This line-up is all 35mm so if you live in town, and we do, make sure to catch it, which we will. 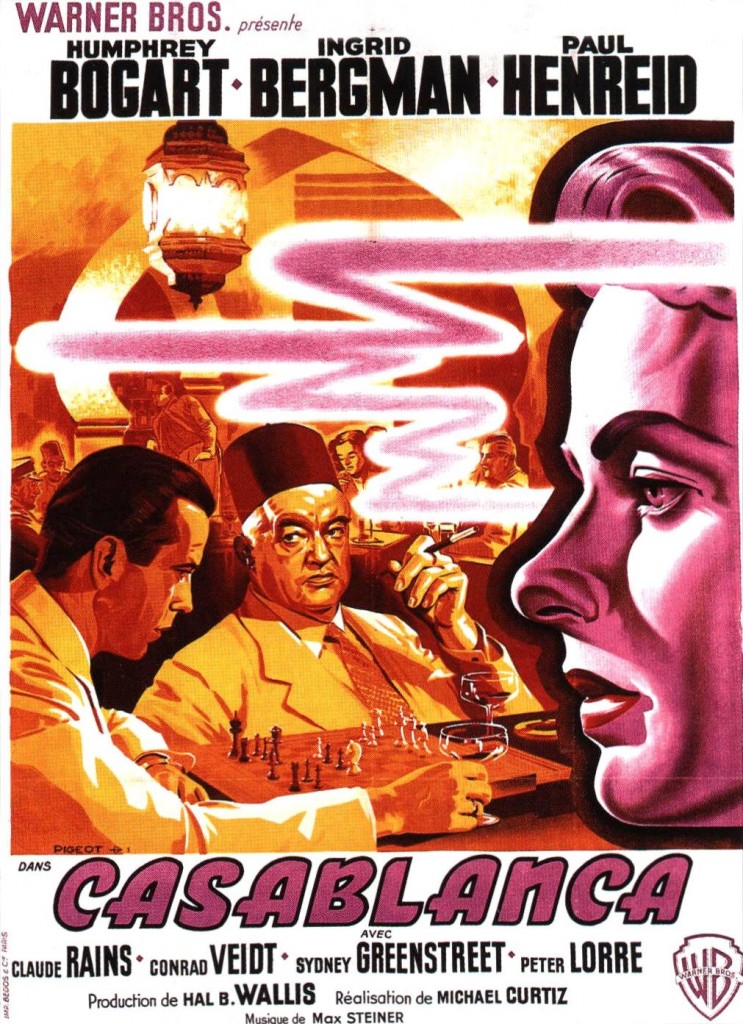 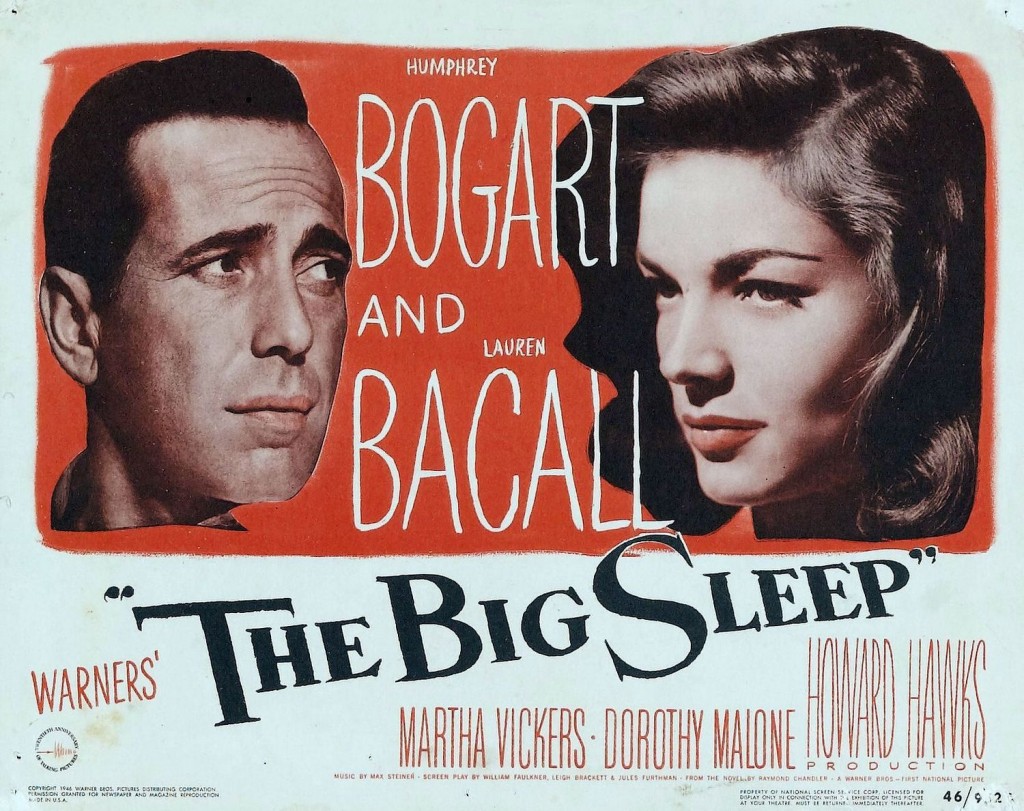 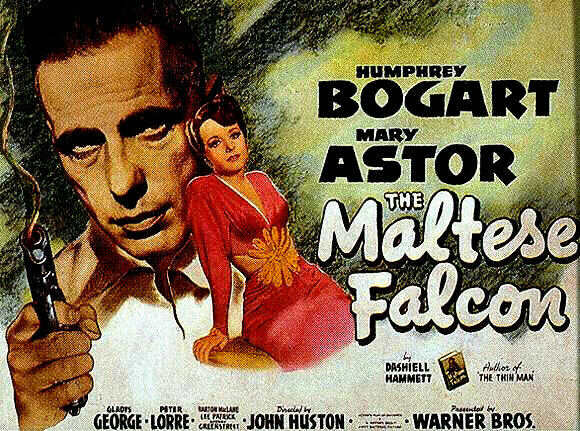