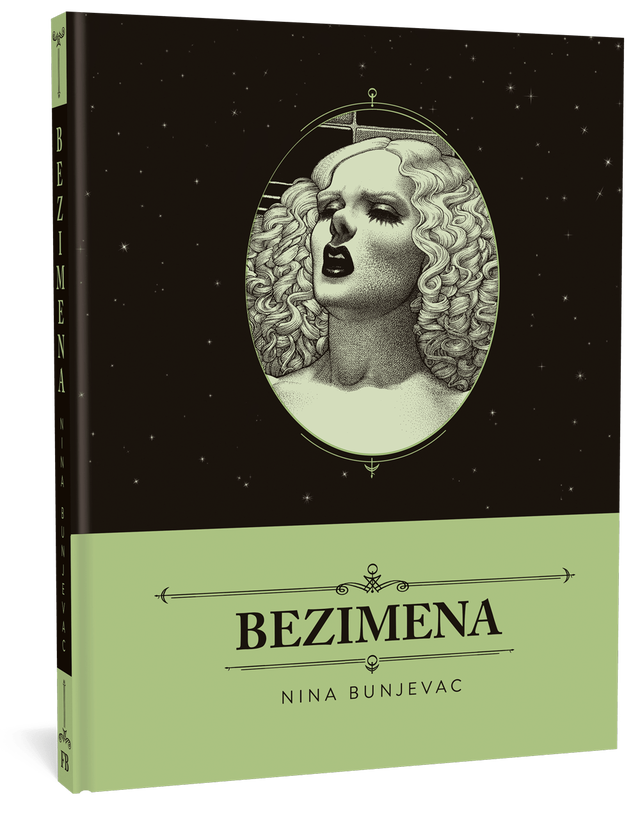 There’s a sense you get from page one of Nina Bunjevac’s new graphic novel Bezimena (presented in an oversized, lavish hardcover by publisher Fantagraphics) — the idea that this is no mere foray into the depraved mind of a sexually-charged psychopath. That there’s quite a bit more going on here.

And no, I don’t just mean the eerie and obvious parallels to the ancient Greek myth of Artemis and Siproites hidden in plain sight in the narrative. Nor do I mean the way in which Bunjevac seems to intuitively map out the complete psychogeography of her depraved protagonist, Benny, whose obsessive nature is reflected in the book’s painstakingly-detailed, luridly mesmerizing art, a succession of splash pages that each look as though they took a month or more to get exactly right. Nope — those things aren’t what I’m talking about, even though they are surely worth talking about. 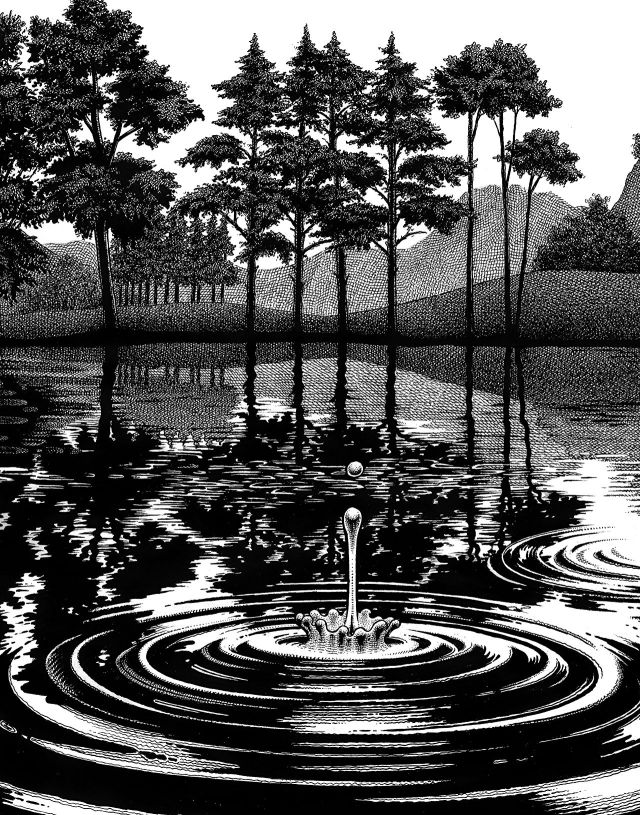 Is this “extra element” something to do with Bunjevac’s unique story structure that goes from dreamlike surrealism to hard realism and back again? Or perhaps it’s hiding along with the identity of the narrator of the tale?

Again, those aspects certainly merit mention — and mention them I have — but no, what I’m getting at is something altogether different. Something difficult to quantify. Something that makes literally all the difference in the world. 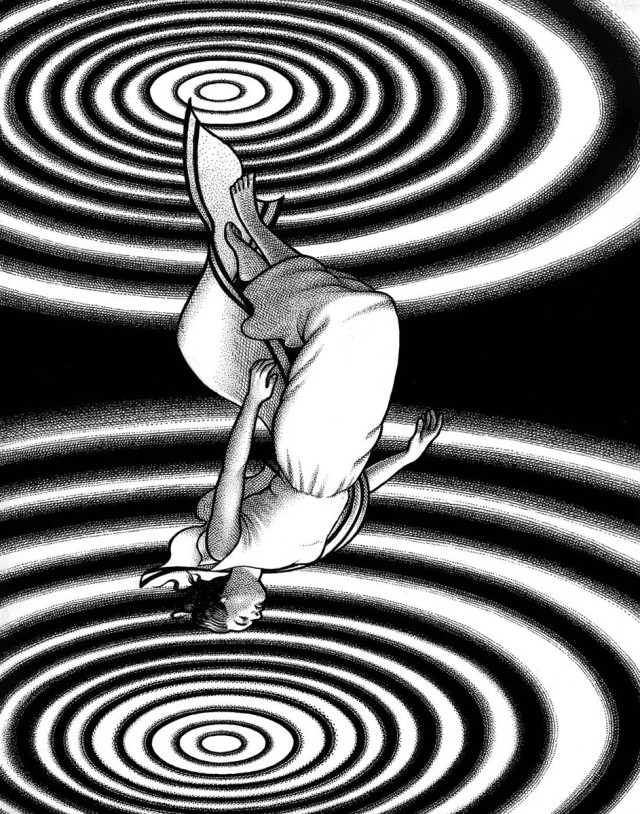 I refer to how personal, how intimate Bunjevac is with her readers here — to how much of herself, her heart and soul and blood and sweat and tears, is invested in every line of sparse dialogue, every exquisitely-rendered illustration. There’s no doubt this sort of effort — communicated by means this forthright and direct regardless of how fantastical, how phantasmagoric events in the story become — comes from a deep-seated well of pure and unmitigated need. These pages read and look like an expurgation of something the artist has felt driven to get out of her system for a long time — something so terrible, so traumatic, that she absolutely had to take the time to convey it with precision, accuracy, and diamond-sharp intent.

Bunjevac, in other words, is playing for keeps here. 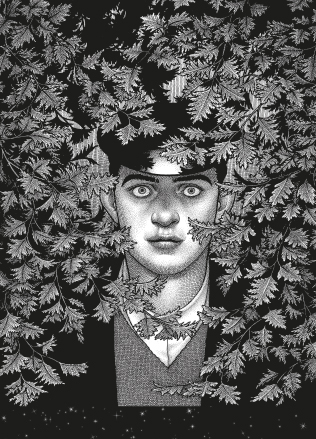 The question of “why,” of course, lingers until story’s end — why she’d choose to delve so deeply into such a troubled psyche, why she’d delineate a series of rapes with so much unflinching honesty, why she’d spend so much time immersing herself in subject matter so visceral, so unpleasant, so ugly. But when you get to the author’s afterword appending the work itself, all becomes abundantly, painfully clear.

I shan’t divulge any specifics about its contents here — it’s Bunjevac’s story to tell and only she could, or even should, relate it. But yeah. She knows the likes of Benny all too well. And her need to understand how people like him come to be the way they are is more than academic, more than morbid, more than mere compulsion — it’s necessary for her own emotional survival. Which means that Bezimena is not only one of the most darkly compelling and absolutely unforgettable reads of the year, but also one of the bravest.