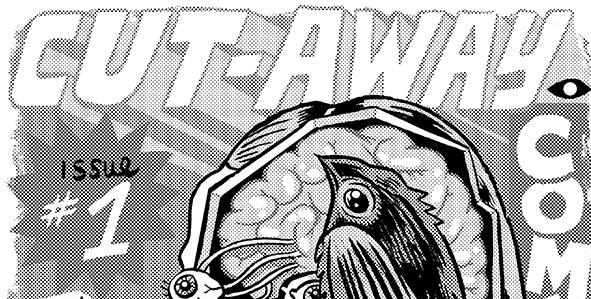 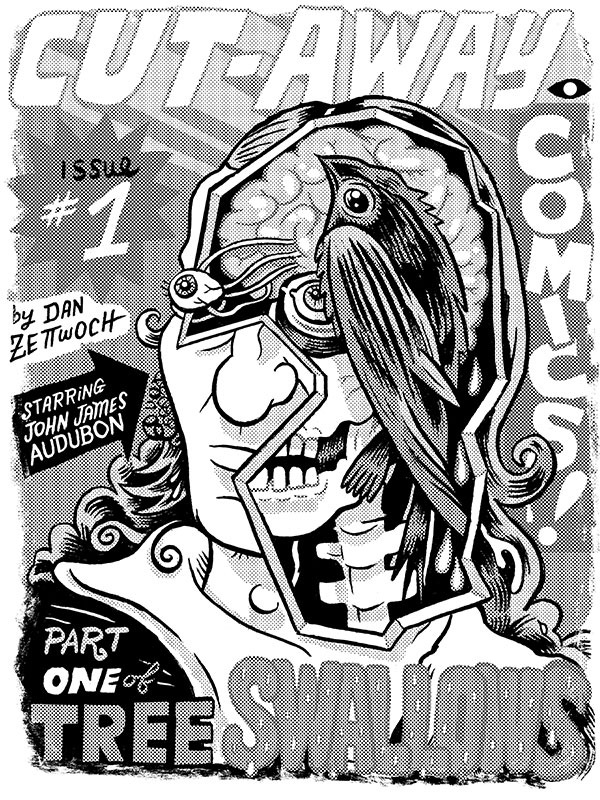 Way back when the world still made some small degree of sense — in 2013, to be specific — iconoclastic cartoonist Dan Zettwoch put out the first of what was promised to be a trilogy of minis called Cut-Away Comics. Or maybe the title was going to be an ongoing concern, and it was just the current story, “Tree Swallows,” that was going to be three parts in length, then he’d continue the comic with a new story after that one was done? It was hard to say.

And soon enough, the distinction became an academic one, because even by the uneven publication “standards” of independent minis, Cut-Away Comics was a “you’ll get it when you get it” affair, and Zettwoch’s readership just had to learn to be happy whenever we got something new from him. The second 12-page installment came out a year later, and the third and final chapter finally saw the light of day a full three years after that one, at the tail end of 2017 — when the world, of course, no longer made any sense at all. But goddamnit, at least this comic still did. 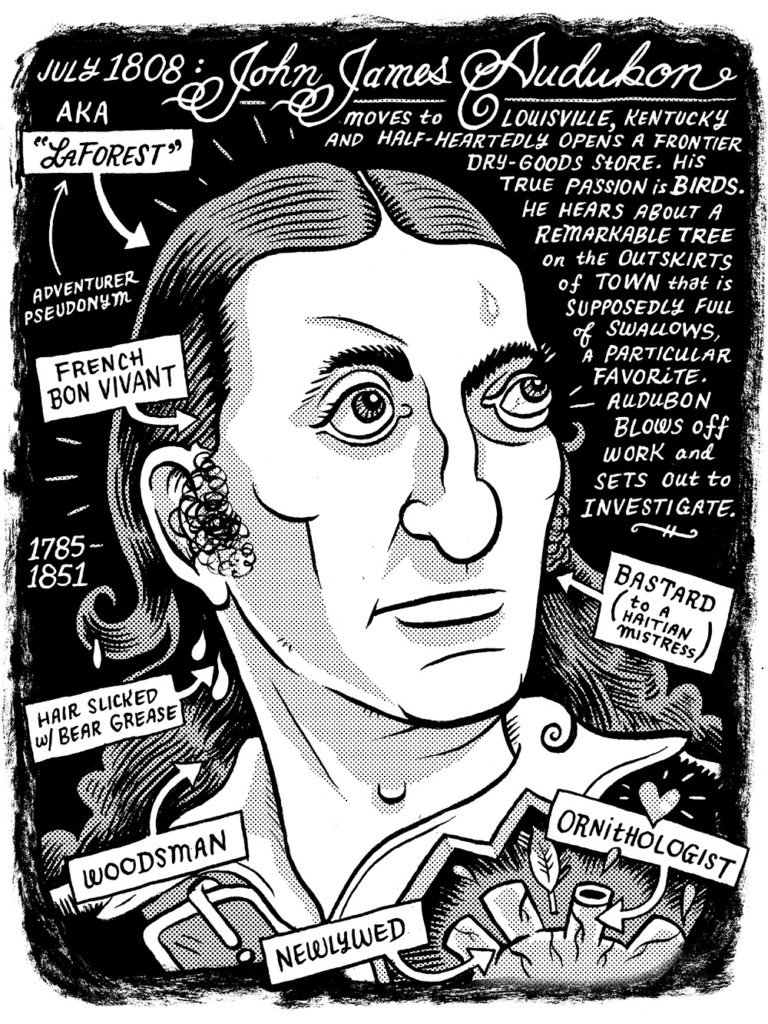 Or rather, it does once you’re willing to get on Zettwoch’s singular wavelength. Equally obsessed with historical accuracy and biological functions, this story of legendary ornithologist John James Audubon’s 1808 study of, you guessed it, tree swallows (also known as “chimney swifts”) is, in a broad sense, a visual treatise on the subject of “interiors” in general — as the bird on (and in) Audubon’s brain on the cover of the first issue makes more than plain from the outset. So be prepared: detailed looks inside human bodies, bird bodies, and trees where flocks of birds nest/reside are standard operating procedure here, all pursued with both single-minded determination and even a kind of cartoonish innocence, thanks to Zettwoch’s decidedly light-hearted style of illustration. A hollowed-out tree trunk full of bird shit, for instance, probably should be disgusting — and if you were to see one I have no doubt it absolutely would be — but here, hey, it’s just business as usual.

Most of the tone is set by way of Zettwoch’s fascinatingly deadpan portrayal of his protagonist — his hard-core fascination with birds is clearly far beyond that of most mere mortals, it’s true, but never is it shown as being nuts, more just eccentric. You’re put at ease with this most unusual man, to the point where seeing him and a hired hand carve a “secret entrance” into the old sycamore they’ve set their sights on in order to perform a midnight raid on the birds’ habitat, kill over a hundred of them (strictly “for purposes of study,” mind you), and run like hell with their feathered corpses stuffed inside their bags, their jackets, and even their pants, all seems — dare I say it — very nearly normal. Or, at the very least, normal for Audubon. 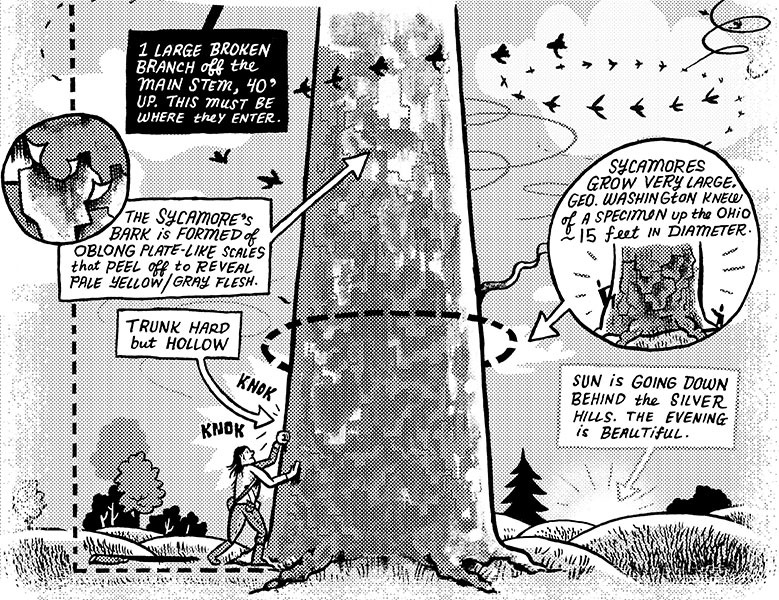 The entirety of “Tree Swallows” clocks in at 36 pages, including covers, but in that short span it manages to normalize the bizarre more than most self-consciously “far-out” graphic novels or ongoing series do with ten times that page count (if not more) to work with. And when you figure that a fair amount of those 36 pages are devoted to diagrams and other asides that “cut away” from (but are nevertheless crucial to) the story’s main narrative thrust? Well, in that case, what Zettwoch’s achieved here is truly remarkable.

Hmmm — “remarkable” probably isn’t a bad description for Cut-Away Comics all told, now that I think of it. As in — it’s a remarkable story told with remarkable earnestness underpinned by a remarkably reverent tone communicated by means of remarkably literate illustrations that do a remarkable job of making specialized, even clinical, information seem remarkably interesting, even to the most disinterested lay person. It took a remarkably long time to get the whole thing “in the can,” it’s true, but given the remarkable quality of the finished product? I’d say Zettwoch’s time was remarkably well spent, indeed.

And that should conclude my — errrmmm — remarks.

All three issues of Cut-Away Comics were published by Chuck Forsman’s Oily Comics, but seeing as their website is down, your best bet to score them is from Zettwoch himself. Get three bucks ready and visit his Storenvy site at http://zettwoch.storenvy.com/products