Transforming an item or idea from childhood years into something terrifying is absolutely one of my favorite plot devices when used in horror films. THE ICE CREAM TRUCK does just that with its titular subject. The trope is used to instill fear into its audience, although how well it actually manages to scare us is questionable. 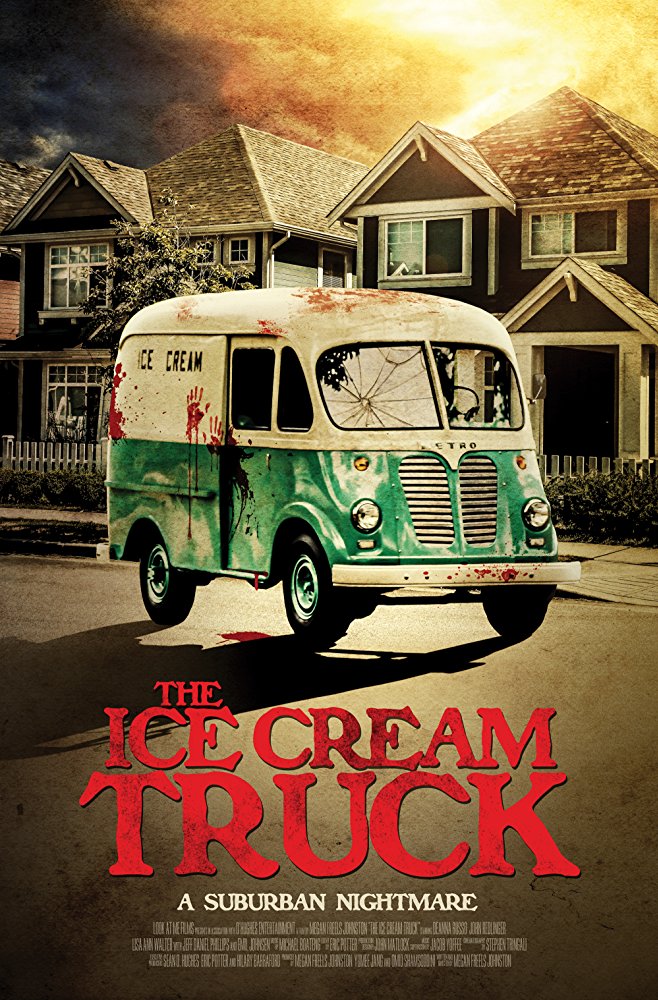 THE ICE CREAM TRUCK opens up in a picturesque suburbia. This makes for the perfect backdrop for a murderous rampage. My hopes are set high. I have flashbacks to the 1995 cult classic starring Clint Howard, ICE CREAM MAN, and also to the MASTERS OF HORROR episode “WE ALL SCREAM FOR ICE CREAM.”

Enter our main character Mary (Deanna Russo). She’s moving back to the small town she grew up in, to provide a safer environment for her children. She gets to town a few days before her husband and the rest of her family are scheduled to. She’s a writer, and figures this will give her a good chance to work on her book. This set-up gives THE ICE CREAM TRUCK a Stephen King feel. I’m digging it. Mary is creative and sarcastic; my kind of people. I appreciate the director/writer Megan Freels Johnston taking the time to properly develop the protagonist.

Mary, being by herself, needs to be extra careful who she lets into her home/life. The first male character we’re introduced to is the furniture delivery man (played by Jeff Daniel Phillips). He gives off a really creepy vibe, to the point where I’m thinking this is going to be a rape/revenge movie, but luckily it doesn’t go there.

Soon after the the threatening delivery guy leaves, a gaggle of suburban moms show up at Mary’s front door to “welcome” her to the neighborhood. They’re annoying, nosy, and completely believable, which  reminded me of why I never want to live in the suburbs. 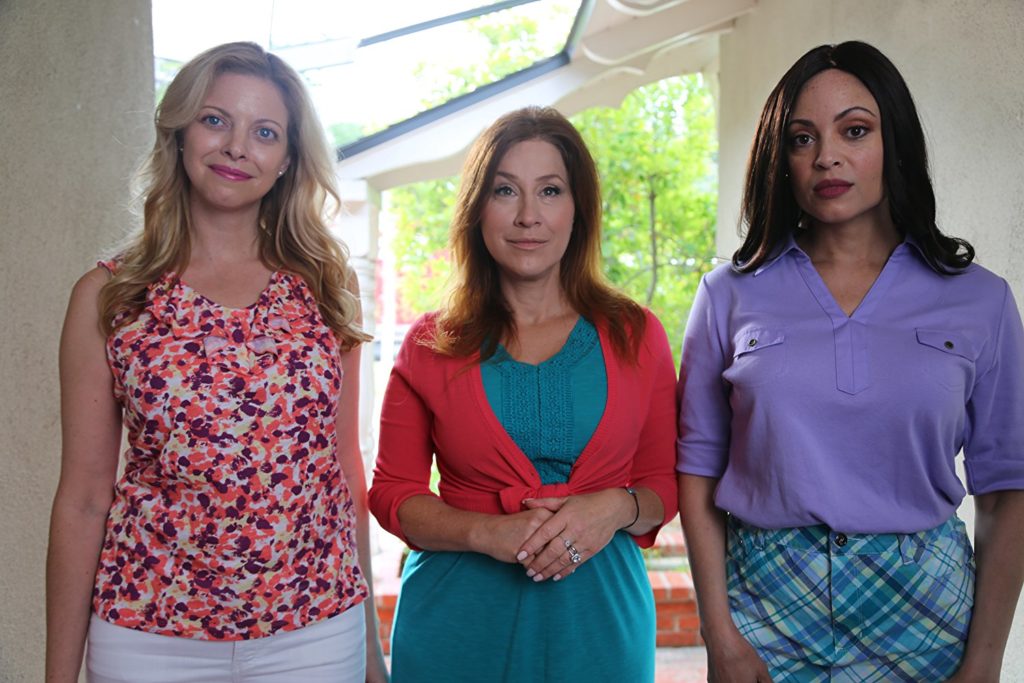 Mary is soon invited to a graduation party, and with nothing else to do she decides to go and be social. On the way She meets Max (John Redlinger) and his girlfriend Tracy (Bailey Anne Borders). It’s actually Max’s party, but he stepped out to smoke a joint. Mary joins in the weed smoking, and all I can think of is that if a character in a horror movie gets high, then they’re going to die.

During all this character development, there is a menacing ice cream truck roaming the neighborhood. the vintage 1950s style of the truck makes me wonder if it’s meant to be an apparition or phantom truck, but that aspect is never explained. I do love how that any time the truck is about to appear, you can hear classic-style ice cream truck music off in the distance. It’s a great precursor to approaching evil. THE ICE CREAM TRUCK is similar to JAWS with its use of music. The ice cream man (Emil Johnson) himself is suitably spooky, but not overdone.

There are some great gory kills by the ice cream man. Idiotic characters who you want to see get dispatched do. There is also a top-notch home invasion scene that brings to mind A CLOCKWORK ORANGE. I love the character of the ice cream man, but there is absolutely no background story. Is he a ghost, a serial killer, or a little of both?

While the murder spree is going on, Mary continues to make unrelated bad decisions, including having sex with her teenage neighbor, Max. I don’t understand how this adds to the story, or why it doesn’t lead to her getting killed off.

I really wanted to like this movie, but there wasn’t enough for me to grab onto. All the male characters are scumbags — which is, at the same time, realistic. The acting is stiff, but better than most indie horror films. I just really wish that THE ICE CREAM TRUCK had more focus. There are too many subplots, and there’s no explanation of the ice cream man, his truck, or his murderous obsession. THE ICE CREAM TRUCK is a decent enough character-driven thriller, and it’s got some good gore, but that’s the best I can give it. 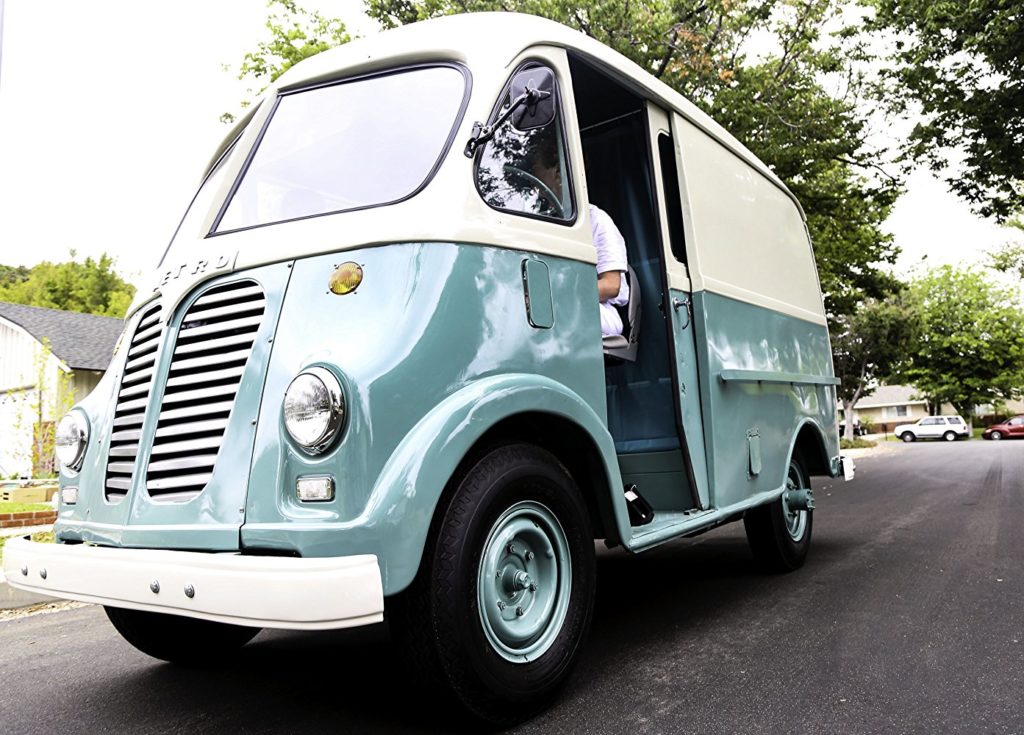