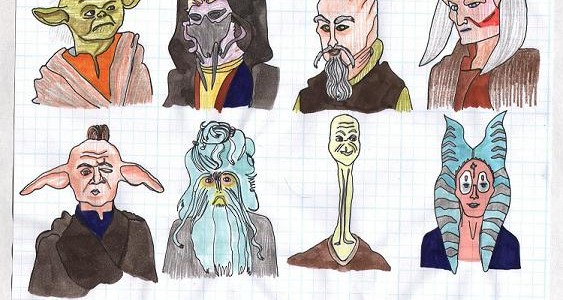 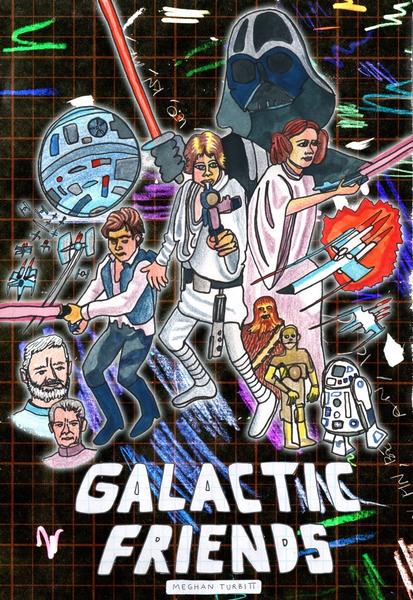 Billed by its creator and publisher, cartoonist Meghan Turbitt, as “the definitive guide to Star Wars by someone who has only seen the movies once for the first time last year,” the 2018 full-color mini Galactic Friends is pretty much exactly what it claims to be — which makes it the most authoritative shorthand examination of George Lucas’ non-stop license to print money that has likely ever seen the light of day.

There are blessed few outside observers to the entire Star Wars phenomenon left on the planet, of course — they’ve heard of this shit in even the most remote Mongolian steppes — so to find one is something of a rarity in and of itself; to find one possessed of a sharp wit, zero by way of preconceptions, and the ability to draw? Well, heck, that fits the dictionary definition of a “miracle” right there. Or at least a minor one. And that’s also, coincidentally enough, precisely what this comic is. 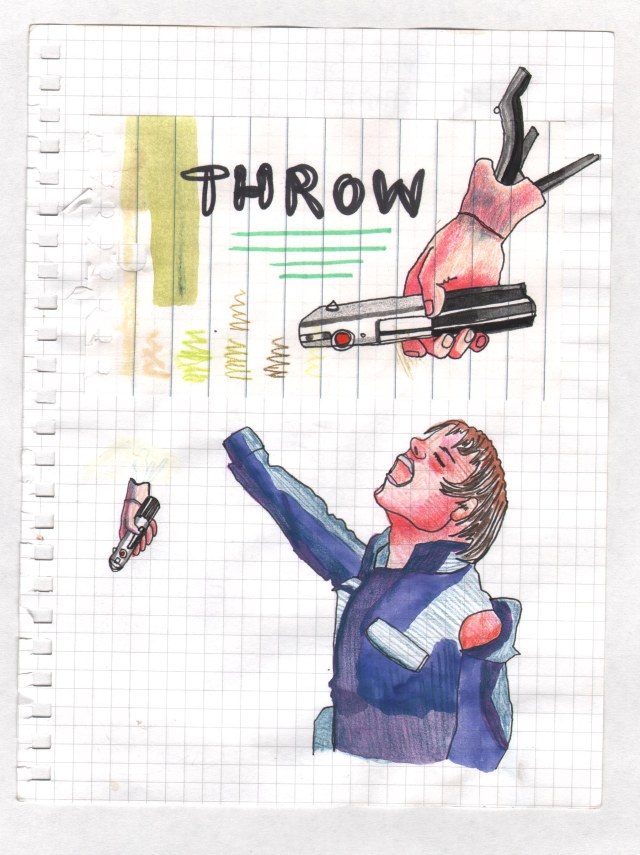 Composed primarily — okay, you got me, entirely — of simple-yet-expressive illustrations (rendered on what looks to me to be good, old-fashioned math notebook paper) with accompanying wry observations, Galactic Friends does two crucial things: Takes the appeal of the franchise on which it’s commenting to be a given, yet never fully absorbs why it should be so. If you can’t respect that then you’re probably wound a little bit too tightly because, in the holistic view, there really is no particular reason why these flicks should be such a big fucking deal, is there? And I say that as someone who generally — though far from obsessively — enjoys them. They’re a juggernaut unto themselves by now, propelled forward largely by the force (as opposed to “The Force”) of their own momentum, and with no end in sight, there’s really nothing anybody can do but take ’em or leave ’em — and 99.99% of the world’s population seems happy enough to take ’em, so here we are. 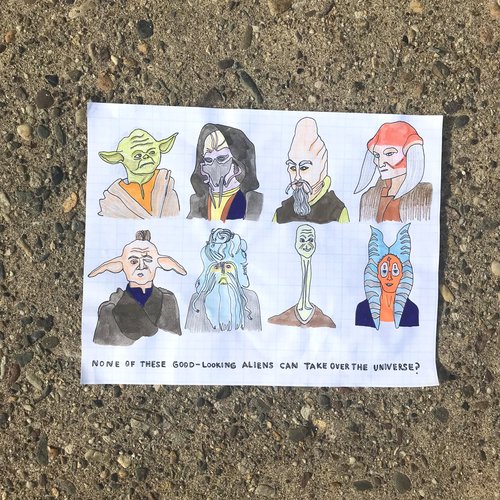 So, I mean, what the hell, right? It’s not like anybody’s getting hurt or anything, but don’t hold it against someone if they fail to see what the big deal is. Turbitt at least has apparently watched ’em all, prequels and everything, and has come away from the experience with a certain amount of understanding but, to her credit, little by way of actual comprehension. And is there any particular reason why someone who didn’t grow up having this stuff mainlined into their consciousness should “get it” like a die-hard aficionado does? Of course not. 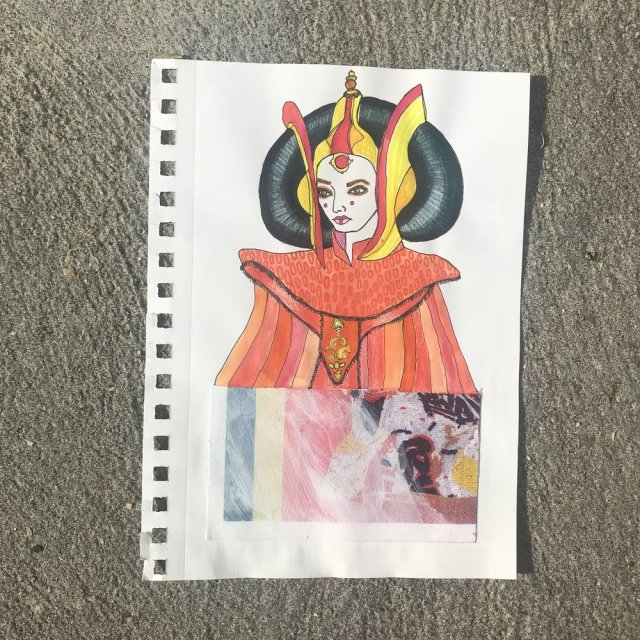 Not that any particular — or particularly gratuitous — cheap shots are taken at the films or their fans, mind you. Turbitt seems to like them all well enough, but hasn’t succumbed to the urge that so many have of viewing them as the “end all, be all” of sci-fi cinema, if not cinema in general. That perspective is a rare one, to be sure — but also an exceedingly healthy one. “That looks kinda cool, I think I’ll draw a picture of it” is actually a disarmingly refreshing approach for somebody to take vis a vis Star Wars, at least in my own humble opinion, simply because lengthy appraisals of the most useless minutiae are getting pretty well played out at this point, and were never going to “enhance the experience” for anybody in the first place. If you know a fan who needs to lighten up, in other words, point them in the direction of this comic.

And point yourself in its direction, as well, while you’re at it. The original ten dollar price point was maybe a bit steep for what you get in terms of page count, but Turbitt has it on sale for five in her online shop, and it’s certainly worth every penny of that. Imperial credits may be accepted as payment for all I know, as well. Find out by heading over to https://www.meghanturbitt.com/store/galactic-friends-1