The Fantasia Film Festival is returning to Montreal for its 23rd edition and will be showcasing some of the best horror, sci-fi, and fantasy films from around the world. Per usual, there are countless features that fit squarely in the Daily Grindhouse wheelhouse: retro-horror, weirdo kung-fu, vampires, critters, and Phantoms…oh my. I’ll be on the ground covering the fest from Thursday, July 11th until Monday the 15th, but almost a months worth of programming worth is checking out.

When I was working on The A.V. Club newswire, I wrote up several Indiegogo’s for up and coming films—mostly fan documentaries—and its always exciting when they come to fruition. PHANTOM OF WINNIPEG was one that interested me the most, being a long time fan of Brian De Palma’s original. WINNIPEG will be holding its premiere at this year’s Fantasia and explores the cultish success of  PHANTOM OF THE PARADISE in the titular Canadian city (it even gave STAR WARS a run for the money). Paul Williams will be in attendance for the premiere as well as a 45th-anniversary screening of the original weirdo, rock ‘n’ roll musical.

Those nasty little space porcupines the Crites are back again in CRITTERS ATTACK! From screenwriter Scott Lobdell and director Bobby Miller comes 2019’s SECOND reboot of the popular horror franchise featuring plenty of practical puppets, serious splatter, and the return of genre favorite and star of the 1986 original, Dee Wallace. 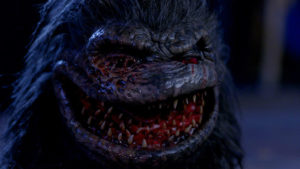 THE GANGSTER, THE COP, AND THE DEVIL from writer/director Lee Won-tae has some serious buzz coming off of Cannes, and this South Korean thriller about a gangster and a cop—an unlikely pair for sure—that team up to track down a serial killer sounds like its right up our alley.

Our friends at Severin Films are serving up some creepy repertory screenings with a 4k restoration of the 194 Euro-horror favorites THE LIVING DEAD AT MANCHESTER MORGUE and a 2k restoration 1982’s “Indonesian PHANTASM,” SATAN’S SLAVE (a favorite of this writer). The infamous Shaw Brothers kung-fu/horror hybrid BOXER’S OMEN will also be screening in 35mm as part of the festival. OMEN has been long out of print and this wildly perverse trip should be a blast with a Fantasia audience. 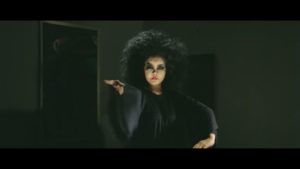 BLISS, DANIEL ISN’T REAL and  J.R. ‘BOB’ DOBBS AND THE CHURCH OF THE SUBGENIUS have been making the festival circuit in 2019 and all come highly recommended from Daily Grindhouse. SUBGENIUS takes an irreverent look back at The Church’s rise from what was essentially a jokey scam (the founders asked would-be members to send them $1 via the U.S. mail, in what is essentially the original Patreon) to a cult that some members took more seriously than its founders, leading to some scary times for the team behind it all.  DANIEL ISN’T REAL is an entertaining psychological thriller and Joe Begos’ BLISS sits alongside NEAR DARK and MARTIN in the pantheon of ultracool, weirdo vampire flicks but ups the ante with an unhinged, manic, rock ‘n’ roll sensibility.

Ted Kotcheff is the rare director to have a career almost as disparate as Bob Clark. The man behind WAKE IN FRIGHT, UNCOMMON VALOR, SWITCHING CHANNELS, and WEEKEND AT BERNIE’S will be at Fantasia to receive the inaugural Canadian Trailblazer award as well as present screenings of THE APPRENTICESHIP OF DUDDY KRAVITZ and FIRST BLOOD.

There’s also so much more going down up at Fantasia, from shorts to cool events, it’s almost too much to take it all in, so be sure to visit their website for more details and I’ll meet you at Joe Beef.