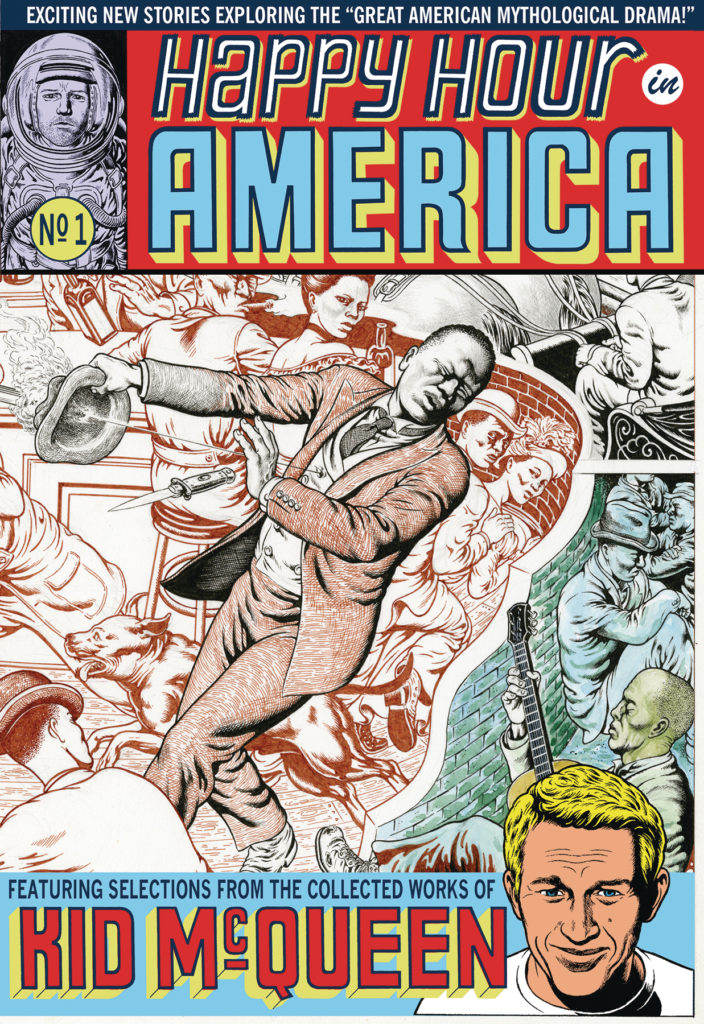 Not to sound too grandiose right off the bat, but Tim Lane is more than just a cartoonist, he’s a medium — his mind, his pencils, and his brushes channeling a message from the past, yet one that’s somehow timeless, of an America that maybe never really was, but is no less “real” for the fact that it only “exists” in the same “place” that conjured it forth: the morass of our collective national subconscious.

To be sure, what Lane calls “The Great American Mythological Drama” is peppered with genuine personages, places, and events, many of which he relates with as much historical accuracy as is possible, but the way in which he weaves them together into something like a seamless tapestry is the stuff of pure legend — a legend he’s been constructing in his sporadically self-published comics series, Happy Hour In America, since 2003, as well as in two lengthier collected volumes, Abandoned Cars and The Lonesome Go.

Now, that evolving legend seems poised to take a fairly significant leap forward with his still-in-development “interpretative biography” of legendary “King Of Cool” Steve McQueen, and his book publisher, Fantagraphics, agreeing to re-launch Happy Hour In America under their auspices. The first issue of this second volume has just hit stores, and the time for new readers to dive into Lane’s immersive quasi-history? That would be now. 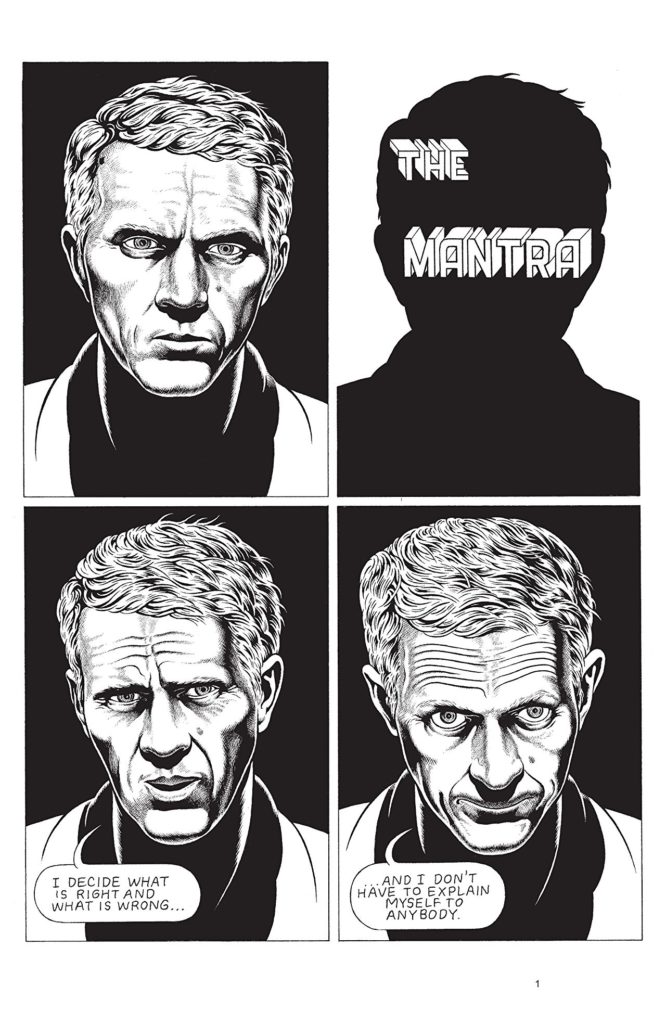 To be sure, you’ll immediately recognize all the elements of Lane’s shadow-mythology instantly and on an intuitive level, because it’s composed entirely of archetypes we’ve come to know through film, literature, history textbooks, and the like — his is an America of broken hearts, broken dreams, and broken promises; of greasers, grease monkeys, and greased palms; of mob bosses, union bosses, and political bosses; of beatniks, beggars, and bandits; of hobos, handouts, and hep cats; of winos, womanizers, and wasted lives; of craftsmen, carnies, and con men, the spectre of Hollywood’s fictitious measure of what we “should” all aspire to be and have hanging over one and all, equal parts aspirational goal and Sword of Damocles.

Indeed, examining both how we see ourselves and why seems to be Lane’s principal project, and to that end specific times and places appear to be fluid, intentionally ill-defined (except when he spells them out explicitly), in order to best maximize the eternal nature of the questions he’s asking: it often seems as if the Great Depression never ended in Lane’s US of A, for instance, but the 1950s industrial boom certainly did; as if cell phones and the internet were never invented and don’t look to be anytime soon; as if PBR is still a working man’s beer and not the ubiquitous “hipster fuel” it’s become today. Most of his stories definitely give off a vibe of characters, towns, even a country whose best days are behind them — but there’s no quit in any of them, and if that dogged persistence isn’t one of the myths that Americans hold in highest esteem, then I don’t know what is. 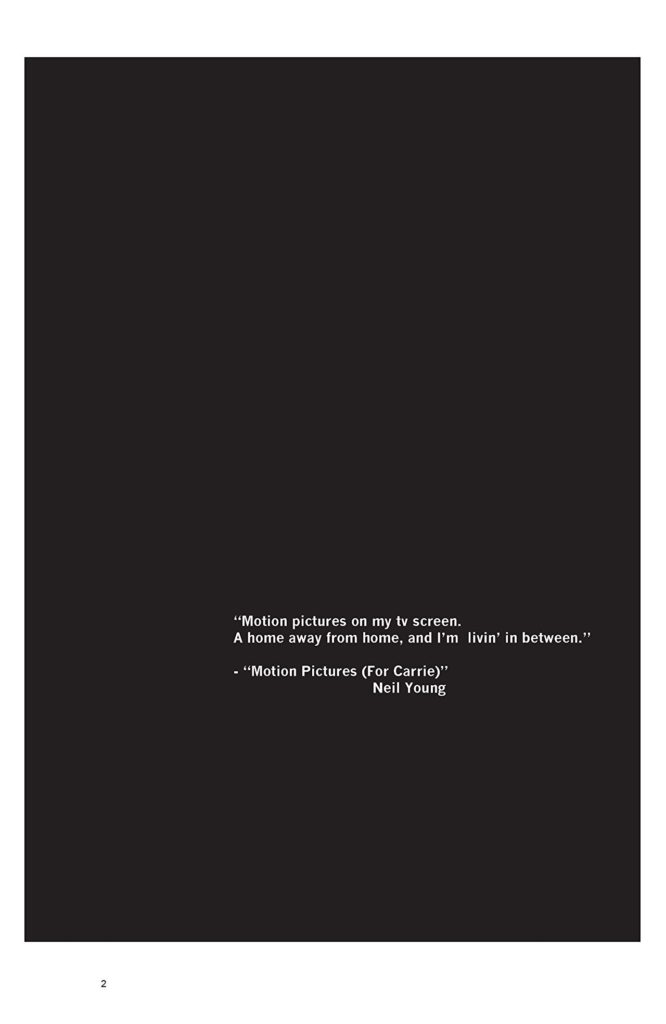 There’s no quit in Lane’s art, that’s for sure — his meticulous attention to detail, thick, inky blacks, and rich facial expressions lead me to believe that he probably spends several days poring over each panel, and while a little bit of a Charles Burns influence is evident, as is his reliance on historical reference photos, to call his finished work anything less than wholly original would be both factually inaccurate and insulting. This guy leaves it all on the page — and on every page at that.

The previously-mentioned Mr. McQueen seems to be the closest thing to a living embodiment of everything Lane has been working his way toward over the course of his career, and as a (okay, formerly) living “catch-all” for hardscrabble, working-class mythology you probably couldn’t ask for a better choice, so if Lane’s going to narrow his focus from various and sundry vignettes to one central storyline, it may as well be this guy’s. He’s risking a bit of overexposure in advance with some of this material given that it formed the backbone of the last issue of Happy Hour‘s first volume as well as the first issue of this one (in fact, five of the exact same pages appear in both books) and some of it also made its way into the most recent Kilgore Quarterly, but when you really think about it, aren’t all single-issue comics just sectioned-out pieces of inevitable trade paperback collections at this point? Why, yes, they are, so let’s give him a pass on that score, shall we? 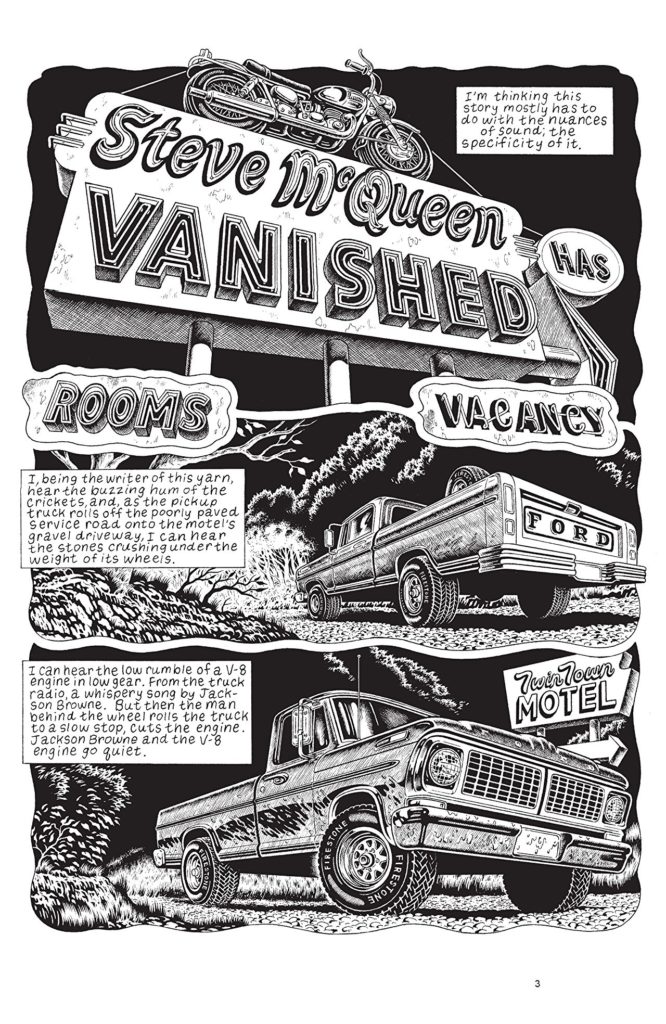 For my part, I certainly plan to buy the McQueen book when it comes out, but that doesn’t mean there’s no reason to pick up Happy Hour In America in the meantime, even if all of this ends up in that. For one thing, periodical-sized chunks of the developing saga are a joy to follow, and for another, shit — if the WPA-style wraparound mural depicting the saga (or should that be ballad?) of Stagger Lee that adorns the front and back of this comic is any indication, we’re in for some of the best covers that any of us have ever seen in our lives. Seriously, this one’s worth the $4.99 cover price all by itself — and then some.

So punch  your one-way ticket into this world of broken-down prizefighters, card cheats, day laborers, truck stop waitresses, small-time grifters, local legends, dope fiends, and silver screen icons ASAP if you haven’t already. Tim Lane’s America is one where William Burroughs and Merle Haggard can be found rubbing elbows (but probably not much else — although, hey, you never know) at your neighborhood blue-collar dive bar while Roger Miller plays on stage. Times are hard here, sure — they always are, always have been, probably always will be. But we’re all in the same boat, and if we’d all just get together and build the future we want for ourselves, who knows what could happen?

Let’s go ask Eugene Debs. He’s right outside rabble-rousing and handing out leaflets on the corner.