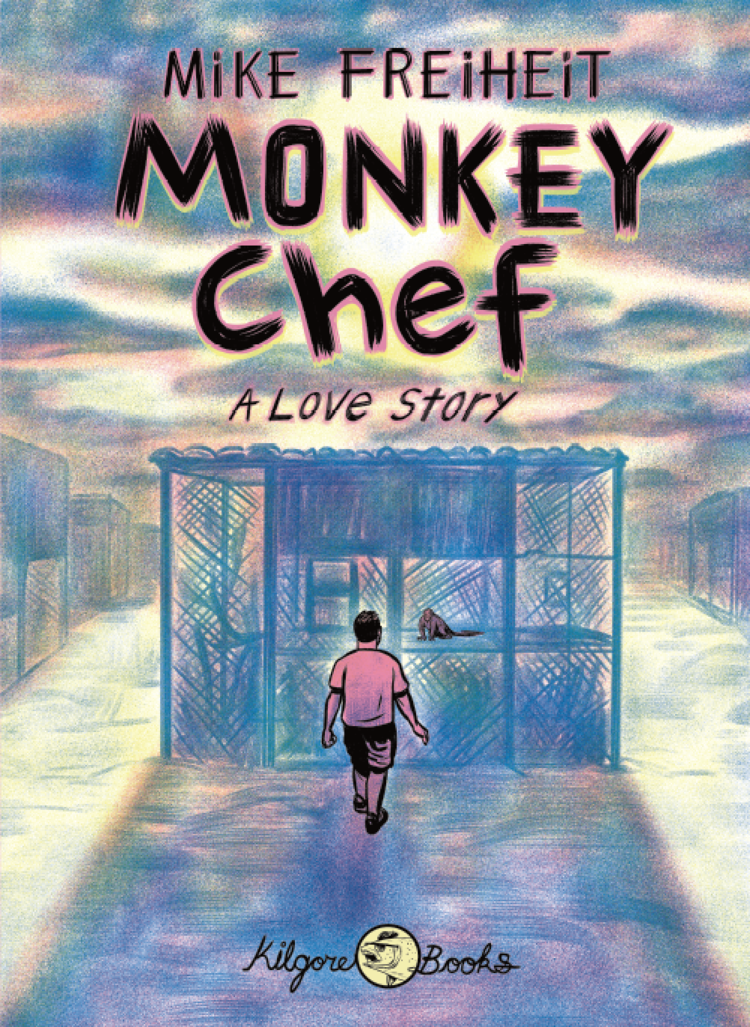 We’ve all been there — dead-end job, dead-end love life, dead-end existence. In his previous autobiographical minis, Chicago-based cartoonist Mike Freiheit has dwelt on these issues in exacting (and often hilarious) detail, but in his longest work to date, the impressive and ambitious graphic novel (parts of which were also previously issued as self-published mins) Monkey Chef, we learn what he did when he hit the proverbial wall after too many years in New York — and let’s just say that the “escape route” he chose was an unconventional one in the extreme, one that makes for fascinating memoir material.

In short: he takes on a gig as a cook at a primate sanctuary in South Africa, where he prepares and serves up  food for both the “residents” (monkeys) and staff (people, not that you needed me to tell you that). The stage is all set for a “clean break,” a “fresh start,” a — fill in your cliche of choice, I suppose. But life has a way of dealing you a weird hand when you least expect it — 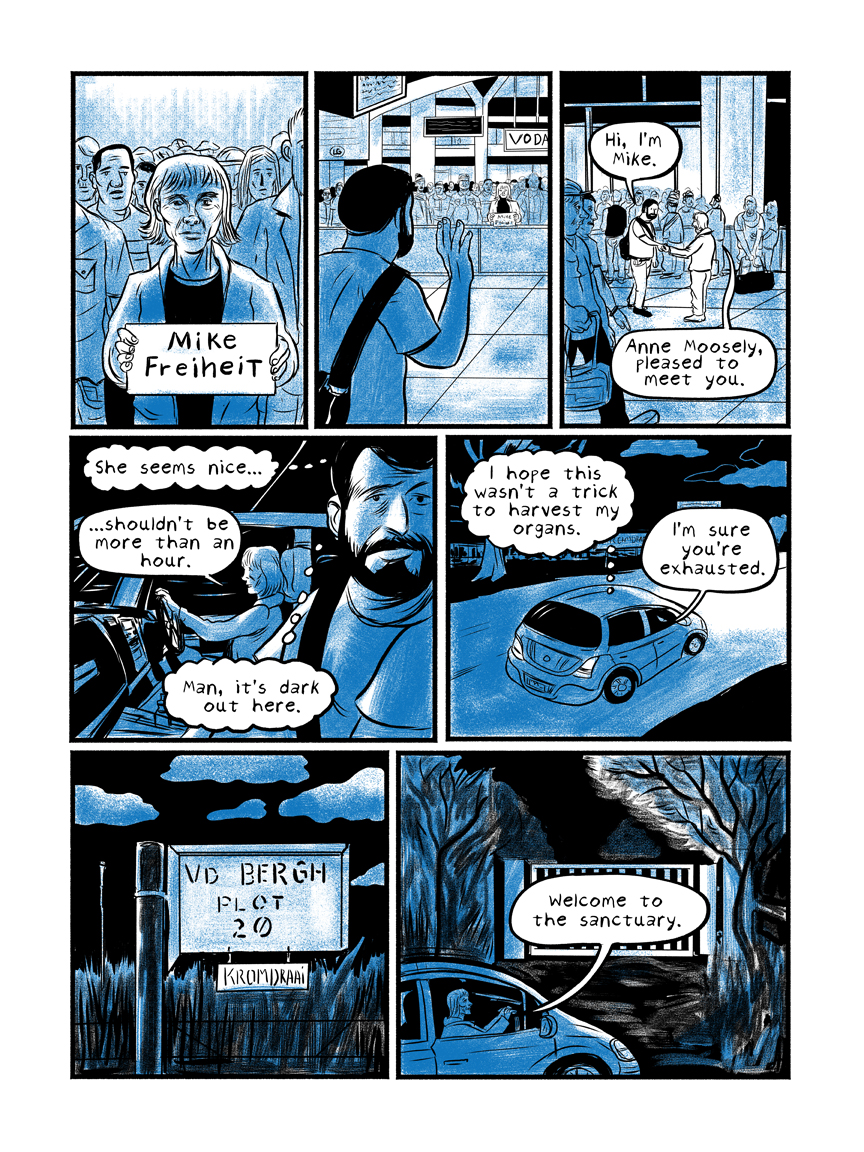 In this particular case, the “wrinkle” in Freiheit’s plan is not what anyone would call “bad news” — after endless short-term relationships that ended either suddenly, badly, or some combination of the two, he finally meets a woman that he really connects with just before he splits the country — but it does make for a challenging situation, as he and his new lady-love go through the whole “early-stage relationship” thing from not just a long distance, but a very long distance. And then, both surprisingly and pleasantly, those early stages become middle stages become commitment become — I think you know the drill. It’s interesting on a clinical level to watch love bloom under unconventional circumstances, sure, but it’s also quite heartening on a human level to see the old “love conquers all” axiom play out between two people that you find almost immediately likable. Tip to other cartoonists out there — whether real or fictional, there’s no crime in telling stories that feature characters that most readers can relate to and, consequently, that they end up wanting the best for. Just a suggestion. 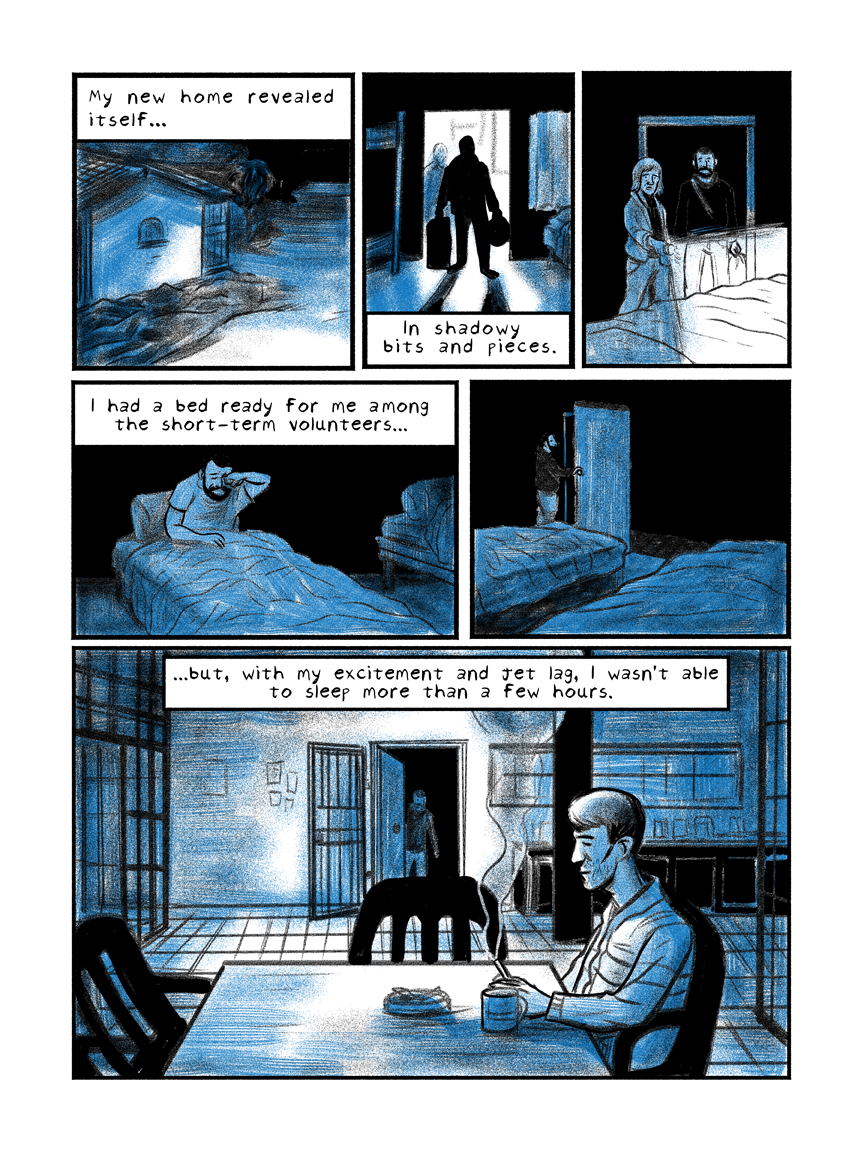 What Freiheit manages to do that borders on narrative genius, though (a term I never invoke lightly, I assure you) is to draw parallels between the behaviors he sees among his new primate friends and similar actions in humans, both on the “micro” and “macro” levels. He’s not out to do anything like a treatise on the theory of evolution here, but he ends up authoring one by default simply because “they” reflect “us” (and vice-versa) so frequently, and so naturally, that you can’t help but notice it and nod your head knowingly. There’s lots of other commendable stuff on offer here, of course — Freiheit’s clean and humane cartooning style, his flair for characterization, his smooth and evocative color choices, his self-deprecating wit — but the unforced, naturalistic manner in which he consistently demonstrates correlations between “monkey world” and “people world” definitely stands out as a high point among high points.

Another strength worth calling special attention to while we’re at it is how well this book — which, unless I’m very much mistaken, is the longest that’s ever been released by its publisher, Kilgore Books — just plain flows. It’s downright seamless in its low-key (but unmistakable) thrust, and if you finish the whole thing in one sitting, you won’t be alone, because that’s exactly what I did. It’s a page-turner in the truest sense of the term, with every scene building upon the last in easy succession. Freiheit doesn’t “force you along,” by any means, but you find yourself unmistakably compelled to go with his flow. It’s a damn rewarding way to develop a story, and it pays off big-time by the time all is said and done. 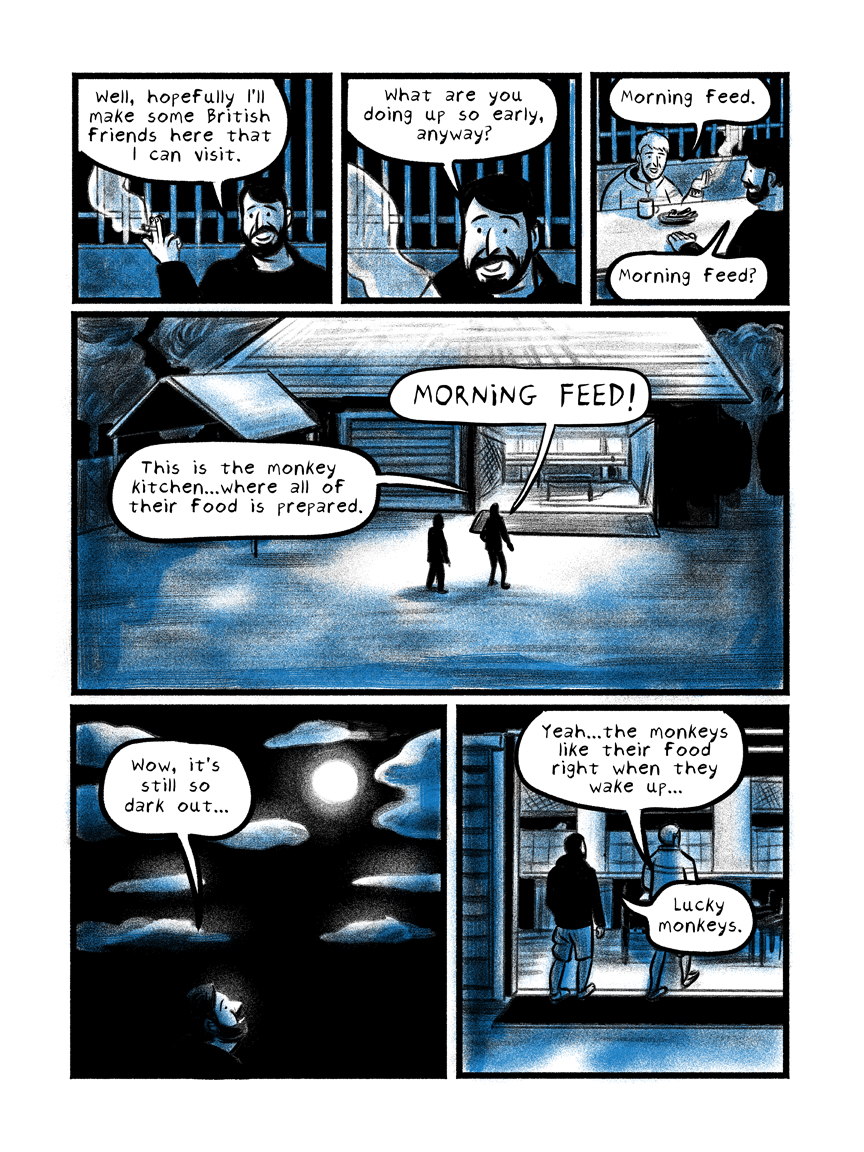 Not that Monkey Chef is a comic you’ll in any way be ready to see end. You won’t. But well before you hit those final pages, you’ll already know: This is one that you’ll be re-visiting frequently for many years to come.