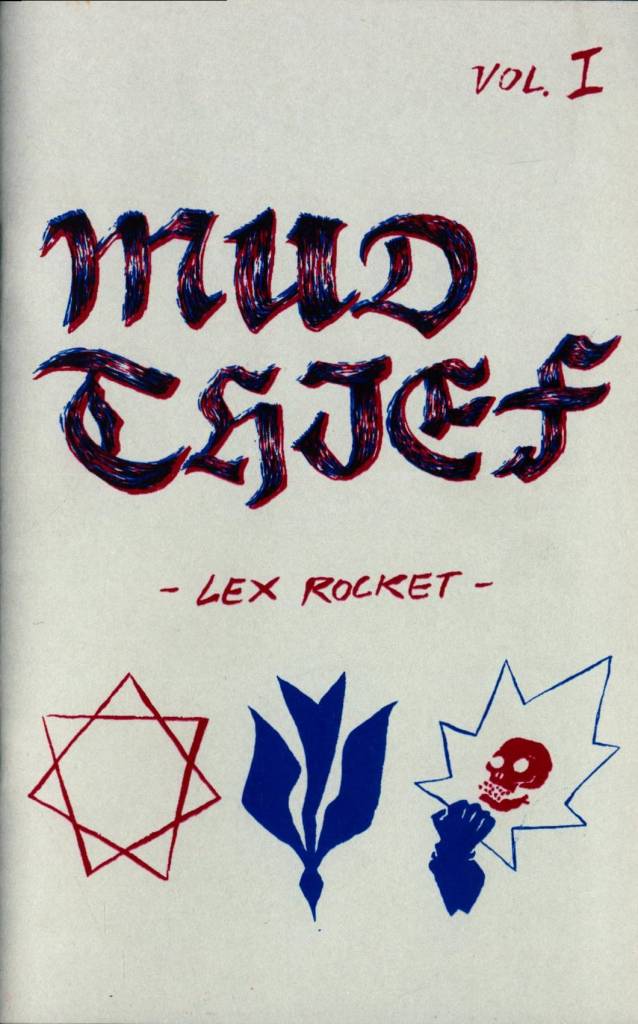 Originally conceived of and published back in 2015 but only recently making the rounds through some of the better “alternative” distros now, cartoonist Lex Rocket’s sturdy, riso-printed (although the cover may be offset?) mini, Mud Thief  Vol. 1, is at first glance an exercise in strict formalism, apportioned into three roughly equal-length segments — and while that’s not an inaccurate perception, it only scratches the surface. And if there’s one thing the erstwhile Mr. Rocket has crafted here, it’s a ‘zine of tremendous depth and complexity.

About the only thing I can think to compare it to is the early-days Chris Ware strip “I Guess” that ran in Volume 2, issue 3 of Art Spiegelman’s Raw, but even that head-to-head comes up short given that Ware was juxtaposing non-congruent, and trauma-based, text with deliberately-ironic superhero visuals, while Rocket is engaged in nothing so straightforward. Yeah, that’s right — formalism, even strict formalism, isn’t by definition precluded from being not just subtle, but downright mysterious. 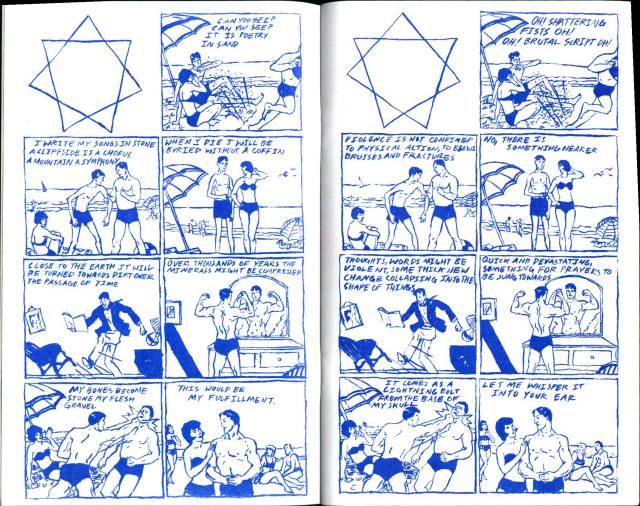 But hey, fuck it, the “Hero Of The Beach” is here! “The Insult That Made A Man Out Of Mac” is old hat for satire, and probably got Charles Atlas more in residuals than he ever got in sales, but when you repeat it panel for panel, page after page, with a kabbalistic symbol to kick the whole thing off every time? You’re already somewhere well beyond the mere “avant-garde,” at least by my accounting. And that’s even before overlaying the uniquely approximated imagery with existentialist internal monologues that would make even the likes of Sartre or Camus think you’re laying it on pretty thick. But Wait! There’s More!

If you act now, you’ll also get a monochromatic re-drawing of Siegel and Shuster’s Action Comics #1, minus the “S” on the hero’s chest (here replaced with — drumroll please — arcane symbolism), that features similar navel-gazing exposition, only longer. That’s right, kids, rather than “starting over” with each page, this is a sustained “meta” narrative, with even less by way of “connective tissue” tying words to pictures. It’s confusing AF by design, but also exhilarating in its own borderline-impenetrability. Which is clever enough in and of itself, if a bit maddening, but there’s still more bang for your buck to be had from this so-far-one-time-only offer — 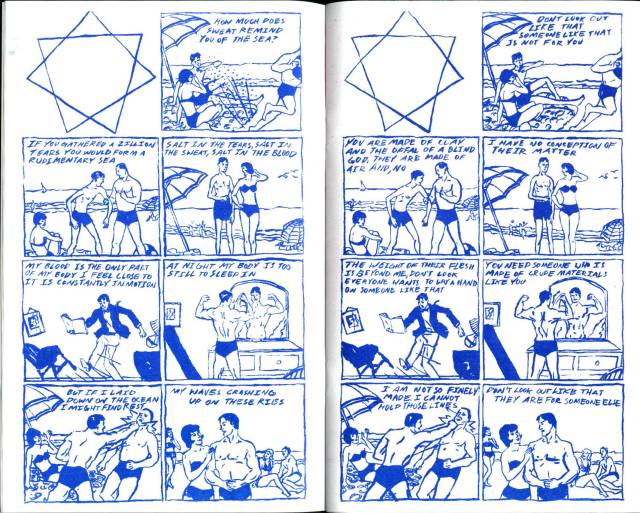 The third and final segment is the only one featuring completely original, non-approximated illustration, and while it looks a bit more Lale Westvind than it does Chris Ware, it comes closest to replicating the experiment that was “I Guess” — albeit with, once again, a purely existentialist bent. It feels like the final step in an evolution, an hermetically-sealed progression within the body of the work itself, but toward what is more intuited and felt than literally described, much less intellectually understood. Which might, in a pinch, be the point of the entire exercise. It’s a possibility, to be sure — but hardly the hill I’m willing to die on. How you interpret this book is, ultimately, on you. 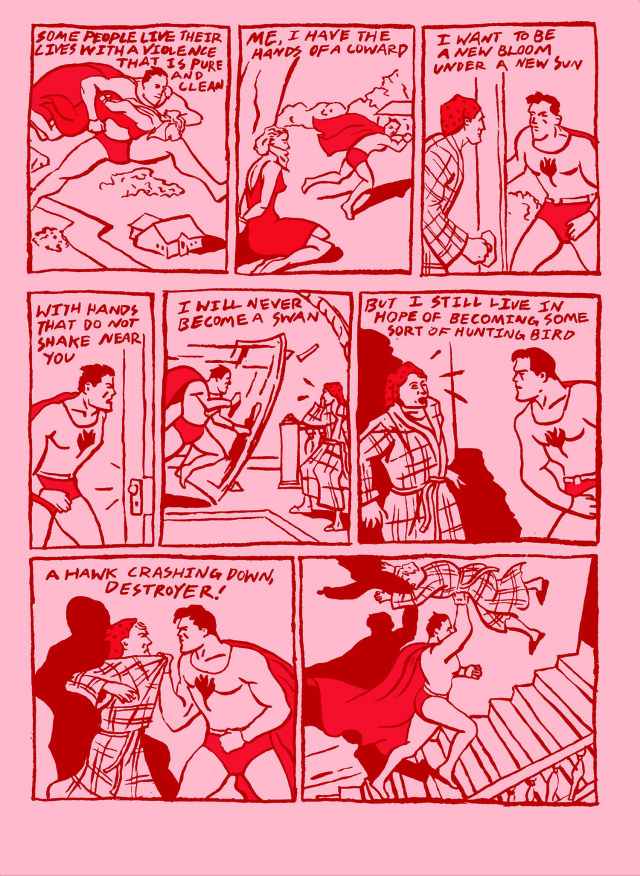 I’m not too proud to admit that I’m still figuring the whole thing out, and that it’s starting to look like I always will be. And who knows? Maybe that’s the actual point.  It’s all conjecture, informed guessing, and prodding at the margins to see what squirms about in the center. I’ll take it — as surely as it’s taken hold of me.