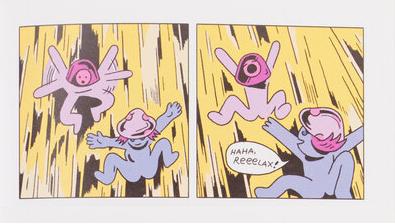 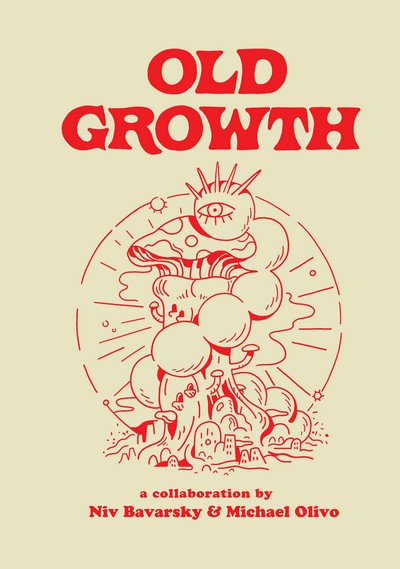 One of those books that take all of fifteen minutes to read, hours to look at, and days to fully absorb, it’s almost easier to catalogue what Niv Bavarsky and Michael Olivo’s handsomely-produced new Fantagraphics Underground hardback, Old Growth, isn’t about rather than what it is — but if we were about taking the easy way out around these parts, then this book wouldn’t find itself under the ol’ metaphorical microscope in the first place. It’s a challenging and multi-faceted work, then — but it’s also cleverly disguised in such visually arresting and tonally “light” trappings that it doesn’t necessarily feel like anything other than an utter delight.

Don’t, then, let anyone tell you that fun and hard intellectual work are necessarily mutually exclusive, because they’re certainly not — but it’s well beyond interesting to note how Bavarsky and Olivo almost use the former to lull you into the latter, and while it would be underselling the entire project to refer to what they’re doing as a kind of artistic sleight of hand, the label does fit rather nicely, so what the hell? We’ll go with it in a pinch. Hard and fast definitions aren’t the easiest things to nail down in regards to this comic, anyway. 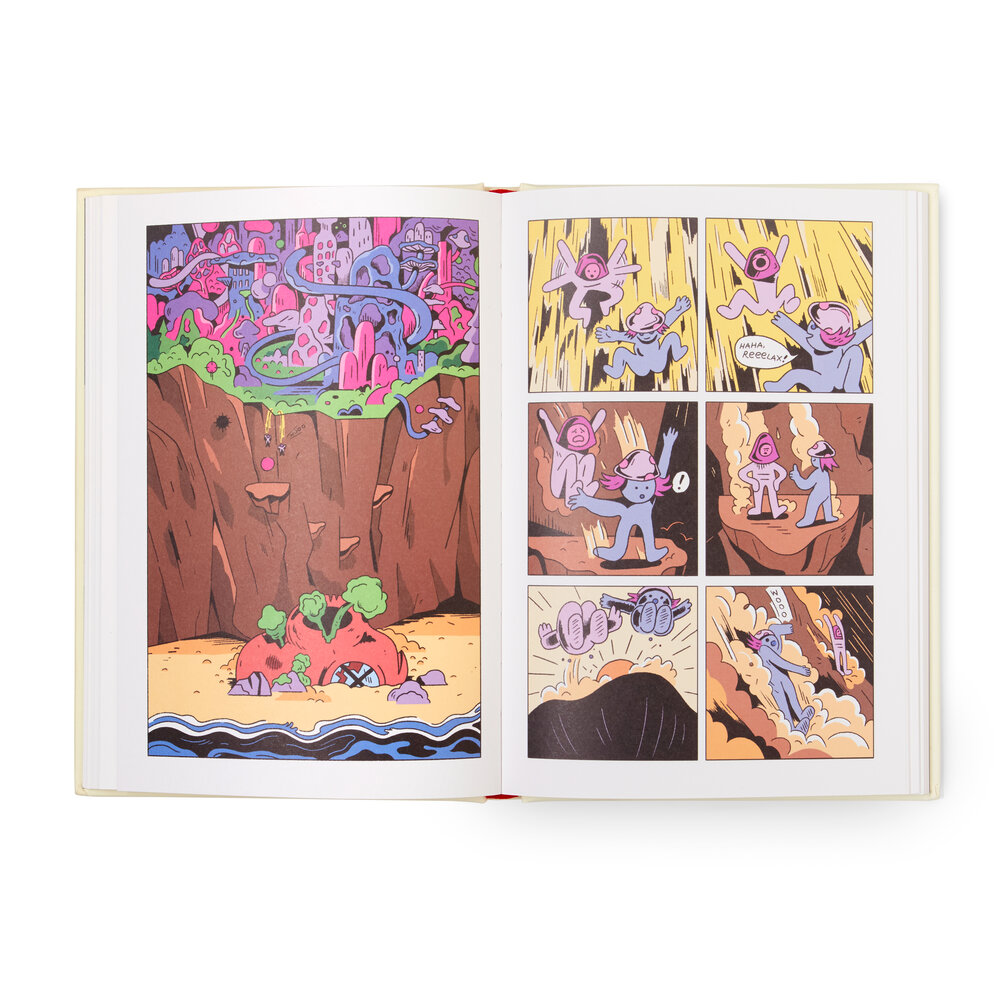 To the extent that there are any that can be grasped for, though, it’s fair to say the discrete-but-thematically-linked vignettes that make up the contents of this work — which can either be viewed as individual chapters in a singular, overarching story or entirely distinct short-form stories in and of themselves — center on themes of youthful rebellion against entrenched social orders, internal mythological constructs vs. externalized, widely-accepted ones, individual ambition bumping up against the ethical needs of the common good, and finding a place for shamanistic dream-states (and the fruits thereof) within consensus reality. Conflagrations between the various polar extremes are inevitable, and uniformly consequential, but not necessarily violent even when they do portend tremendous upheaval — and rather than taking firm sides in any of them, Bavarsky and Olivo utilize each side to throw into stark relief the inherent shortcomings, and even hypocrisies, of the other.

So, no “good guys” then? Well, not really — but no real “bad guys” are to be found, either, even in instances where one “side” is clearly much easier to sympathize with than the other.  For a book with all of about 200 -300 words (if that), this is philosophically dense stuff that explores the strengths and weaknesses of all points of view in a manner entirely different from, but nevertheless of a piece with, what Alan Moore and Dave Gibbons did 30+ years ago with Watchmen, minus the “a pox on all their houses” conclusions that were arrived at in that legendary work. 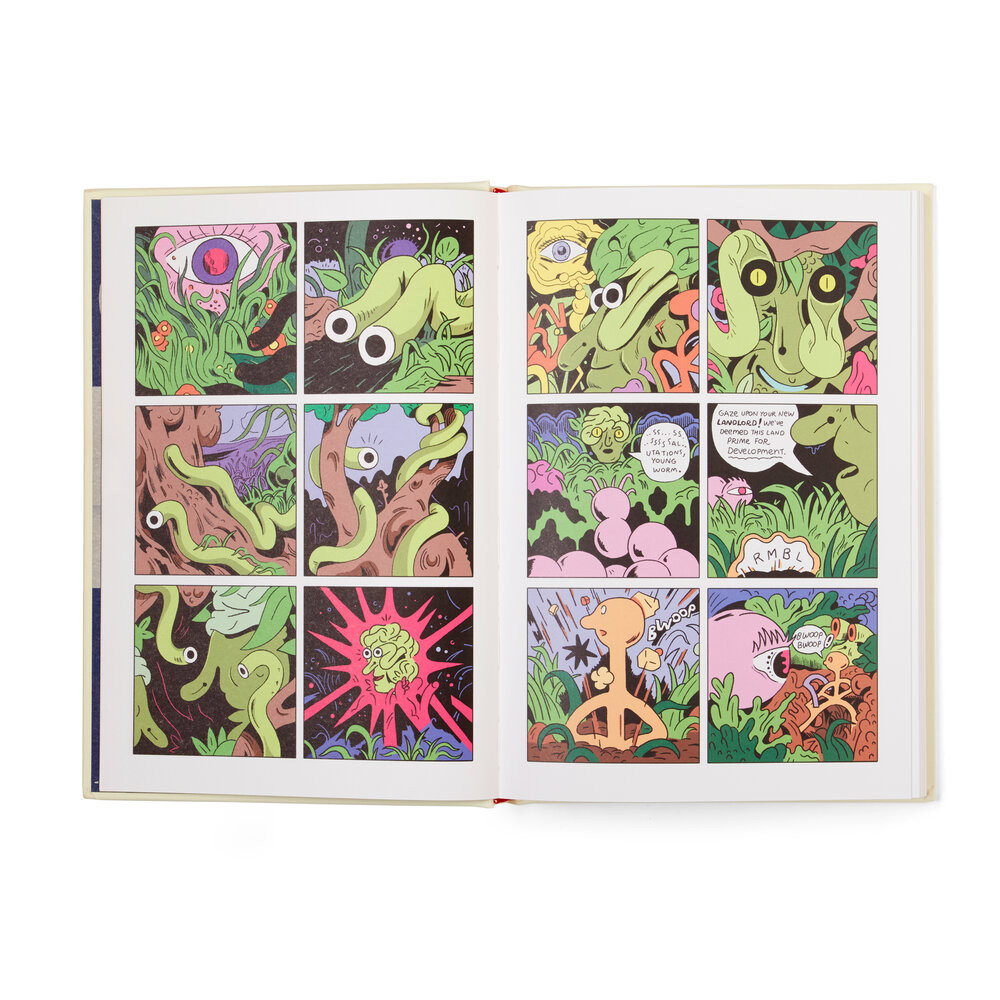 A nameless ensemble of worms, fungi, people, and creatures entirely conceived of within Bavarsky and Olivo’s collective imagination may seem to be unusual vehicles via which to explore life’s so-called “big questions,” but who am I to argue with their efficacy in achieving that task? Much of the “action” herein is surrealistic and interpretive and probably even entirely subjective, but there’s a damn arresting quality to Bavarsky and Olivo’s cartooning that is only partially explained by their effective utilization of lush and vivid colors, fluid line, innovative character designs, and inherent flair for the “trippy.” As with all successful collaborations — and a back-of-book interview with the two creators (that you really should wait to read until you’ve finished the comic itself) reveals how truly collaborative their process was — the whole is greater than the sum of its parts here, dual visions merging to create a singular one that is both amplified and sharpened in equal measure. 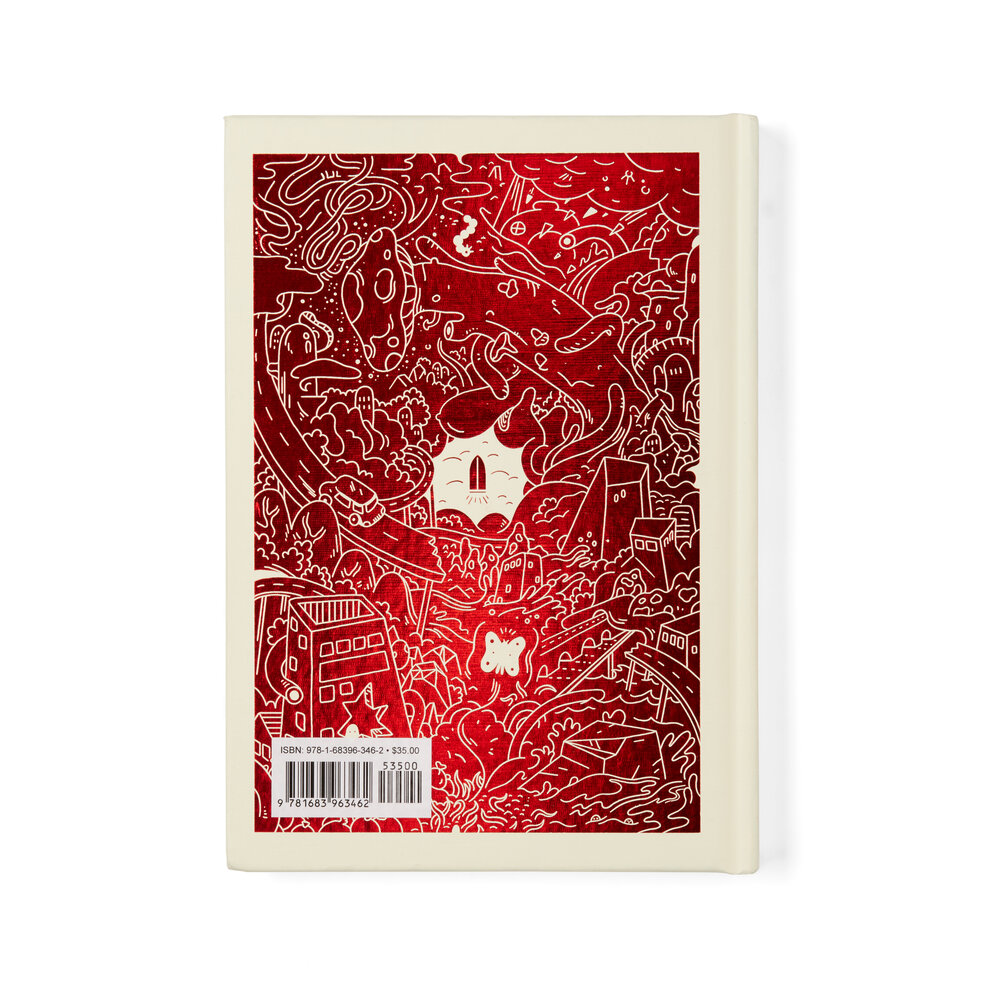 All superlatives aside, though — and richly-deserved as they are — this, as with all FU titles, is well outside even the “alt-comics” sphere, and loosely falls somewhere between the avant-garde and the utterly un-classifiable. The audience for this is likely as limited as its print run, but for those who appreciate comics that play by no hard-and-fast rules other than those that are entirely self-created? This is one of the most illuminating books of 2020 to date.