Trends and filmmaking shifts don’t exactly happen overnight; rather, they come into focus in hindsight, with certain major signposts serving as helpful demarcation points. For example, PSYCHO is largely recognized as a seismic shift in horror filmmaking that highlighted the psychological terror lurking among us, standing in stark contrast to the genre’s tendency to exploit exotic, supernatural frights. However, other filmmakers had already been exploring such territory in films like THE BAD SEED, NIGHT OF THE HUNTER, and A BUCKET OF BLOOD. In short, there are always unassuming preludes laying the groundwork for new eras to flourish. Case in point: ’80s horror is mostly remembered for the proliferation of franchises and slashers, a twin phenomenon that’s generally traced back to John Carpenter’s HALLOWEEN. It’s a fair enough assessment, but even this doesn’t tell the entire story: not only did HALLOWEEN have obvious slasher forbears (I am duty-bound to namecheck BLACK CHRISTMAS), but it was also preceded by a couple of crucial sequels months earlier in THE OMEN II: DAMIEN and JAWS 2. 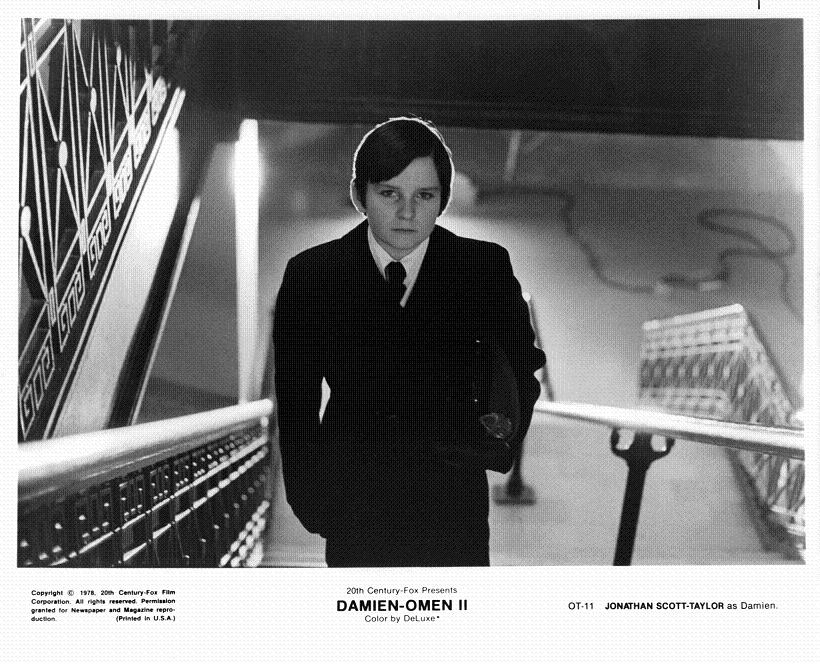 Released one week apart, these two follow-ups revealed newfound viability for horror sequels in Hollywood. Franchises weren’t new to the genre of course: Universal was practically built on the back of its stable of monsters that kept the studio afloat for two decades. However, those days were firmly in the rearview mirror by the late ’70s. While Hammer had replicated the Universal formula across the pond, American horror sequels were few and far between, relegated to a smattering of one-offs like BEWARE THE BLOB, THE RETURN OF COUNT YORGA, and BEN — nothing that would suggest that a studio could turn horror titles into a cash cow. Exploiting an instant classic seemed to be especially out of the question after THE EXORCIST II bombed with critics and audiences in 1977. Horror franchises might be an establishment now, but the success of THE OMEN II and JAWS II was far from a sure thing when they launched just a year after John Boorman’s disastrous sequel. 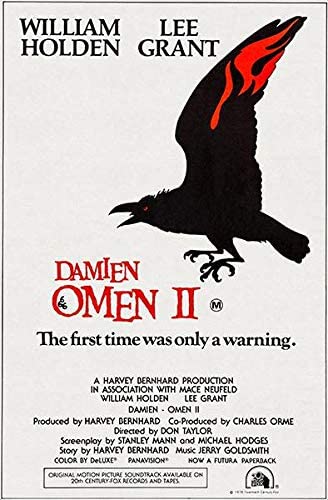 Those fears didn’t have long to linger. No, neither film was met with the same critical approval as their iconic predecessors, but that was a long shot anyway. Truth be told, both films are miraculous in the sense that they don’t completely tarnish their respective titles, and contemporary critics largely acknowledged as much, with OMEN II earning some prominent (if half-hearted) advocates in the pages of the New York Times and Variety. In the former, Vincent Canby even considered DAMIEN to be “more fun to watch” than its predecessor, while the latter’s reviewer acknowledged that the sequel delivers well enough on the “pre-sold interest” with enough “gruesome, ghastly death scenes” to “shore up business for the summer.” Of course, plenty of critics — including Gene Siskel — dismissed it as an inferior redux, effectively revealing the conundrum of the horror sequel that simply tries to be a worthy follow-up without completely blowing up the formula. Still, it must be said that even the worst reviews for OMEN II feel like dismissive shrugs rather than the vitriolic–and hyperbolic–notices that called the much more daring EXORCIST II “the worst movie ever made.” 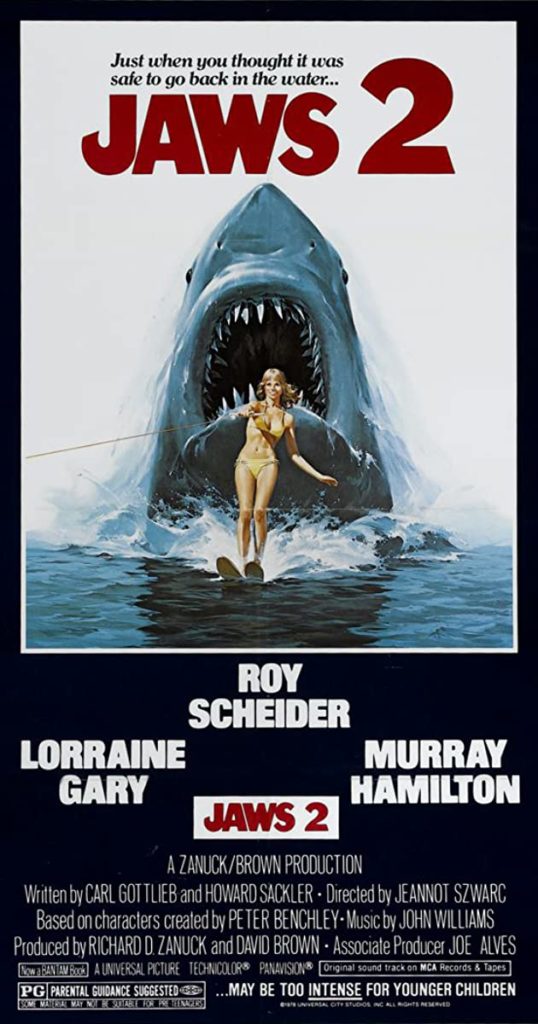 Like DAMIEN, JAWS 2 wasn’t exactly looking to rock the boat either. In fact, Universal made sure it couldn’t do so by firing John Hancock a month into shooting after they decided they didn’t care for the grim, strange film he was going for. (This, of course, raises the question of why you would hire the director of LET’S SCARE JESSICA TO DEATH and not expect something grim and strange, but I digress). Instead, they brought in Jeannot Szwarc, whose production was nearly as fraught with difficulty as Spielberg’s original film thanks to frequent clashes with Roy Scheider on top of the typical difficulties with filming animatronic sharks in the ocean. 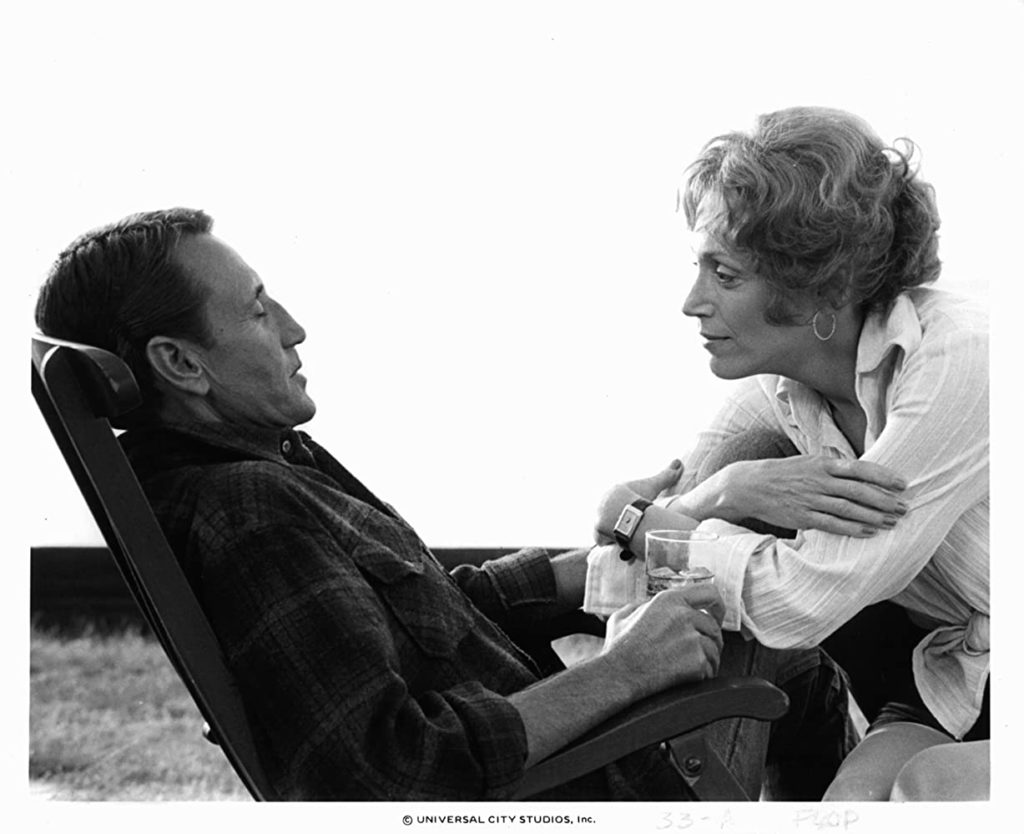 Still, he maintained a steady helm, eventually piloting a sturdy ship to shore, even if contemporary critics weren’t exactly enamored. Roger Ebert was among the harshest, calling it “pure trash,” while other critics were slightly kinder, highlighting the inherent difficulty of mounting an effective sequel in the face of such déjà vu. Canby — like others — couldn’t resist comparisons to the original, making the obvious point that Szwarc was no Spielberg. Still, you’ll find concessions throughout many of these mixed reviews, such as Canby complimenting the “well-staged” action or Charles Champlin noting that the relationship between Martin and Ellen Brody “is better developed, more adult, and quite affecting.” George Morris wrote that he preferred JAWS 2 to the original, but that was (and remains) an obvious outlier. 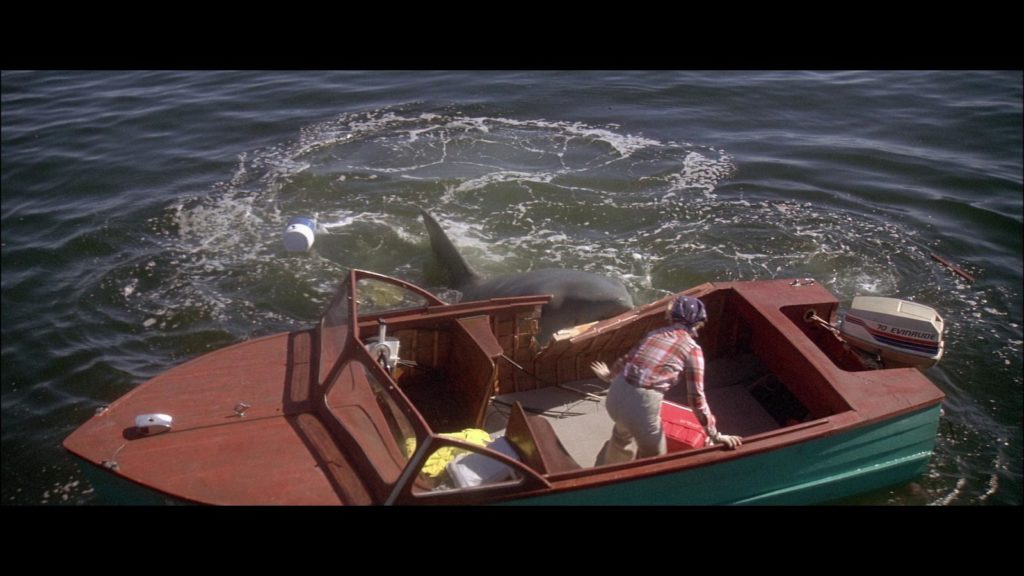 But again, with a few exceptions, JAWS 2 inspired more shrugs than outright venom, and it’s fair to say that both it and THE OMEN II have only grown in esteem as more embarrassing sequels (including the follow-ups in their respective franchises) have revealed the true dregs that franchise filmmaking hath wrought. I would make the case that these two are the platonic ideals of sequels to classic films that have no business being as good as they are. Few, including this writer, would ever make the case that they’re as good as those originals, but they are downright entertaining. They’re the ones you want to watch when you simply want to see the premise boiled down its schlockiest impulses. You watch THE OMEN for its genuinely intriguing plot, with the gory outbursts serving as embellishments; you watch THE OMEN II because those crimson-soaked embellishments have become the most prominent fixtures. Likewise, JAWS is one of the most thrilling and suspenseful films of all-time, a monument to the power of a camera to invoke fear by showing very little; JAWS 2 is a slasher movie at sea that invites the audience to indulge in its highly visible shark’s carnage. 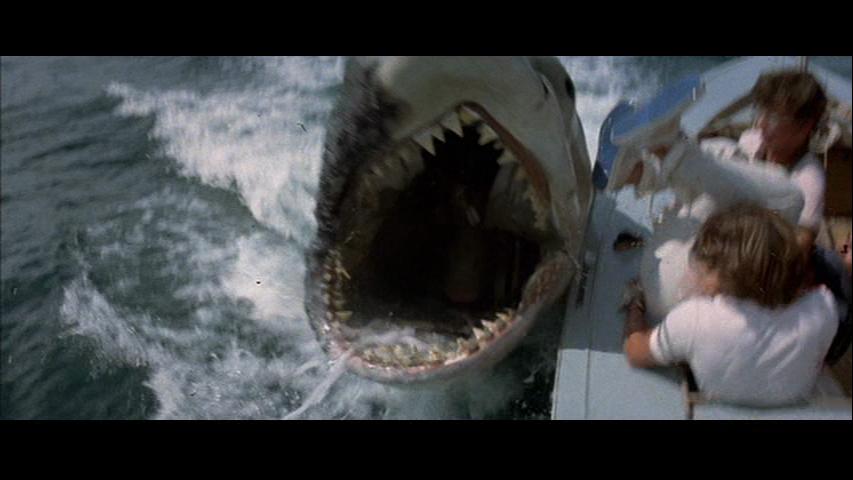 Perhaps most importantly, contemporary audiences obliged, making both films hits. DAMIEN II eventually raked in $26.5 million, which would be more than $100 million when adjusted with inflation. While this was about half the gross of the original film (and even a bit less than what THE EXORCIST II took in), it represented a decent profit, making back nearly 4 times its production budget right in the middle of what was now becoming blockbuster movie season. This, of course, means it also had to contend with JAWS 2, arguably the most anticipated sequel of all-time, so it’s hardly a surprise that its business dipped since Univeral’s follow-up was an unqualified hit, taking in $77 million in the U.S. and an additional $106 million worldwide. Adjusted for inflation, this would be over $700 million now, and JAWS 2 still lands at #253 on the all-time domestic charts when accounting for inflation. Critics may have been ambivalent, but audiences certainly weren’t, especially when it came to JAWS 2. Between these twin triumphs and the modest success of IT LIVES AGAIN a month earlier, it was clear that horror sequels were carving a viable place in the market. It’s no coincidence that the coming decade saw continuations for each of these franchises in addition to the legion of titles that would soon flood theaters and video-store horror sections.

A pivotal piece of this puzzle remained following the summer of 1978 but would soon slide into place once HALLOWEEN became the highest-grossing independent film to date later that fall. Audiences obviously weren’t just craving sequels but also a particular type of slasher movie carnage that would only become more popular and profitable in the coming decade. But this, too, should have been clear with the success of DAMIEN and JAWS 2, which are nothing if not stealth slasher movies. Much has been written about how the latter’s teens-in-peril climax is effectively a slasher movie on the high sea, while the former mostly exists to one-up its predecessor’s gore quotient with increasingly outlandish death sequences. Contemporary reviews noted that both sequels eschew the restraint that made their original films so gripping, essentially setting the familiar refrain surrounding most sequels, which prioritized escalation and increased spectacle with each new outing. Both this newfound bloodthirst and a craving for familiarity resulted in a perfect storm for the next wave of franchise-based horror. 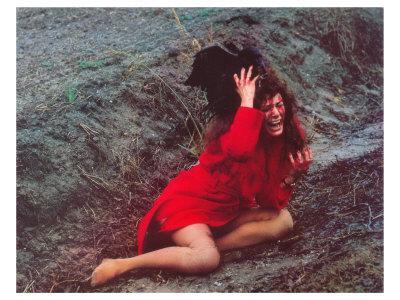 Simply put, THE OMEN II and JAWS 2 were “good enough” and set an easy bar for Hollywood to clear with the slew of follow-ups that came to define a crucial era in horror that hasn’t subsided. By the middle of the following decade, the question surrounding sequels became “when?” rather than “if,” especially in regards to slashers, with HALLOWEEN itself following suit and providing the best example of how the safe, conventional slasher sequel thrived while more daring follow-ups foundered. HALLOWEEN III famously tanked because audiences simply wanted more of the same, proving as much by making HALLOWEEN II and HALLOWEEN 4 hits. 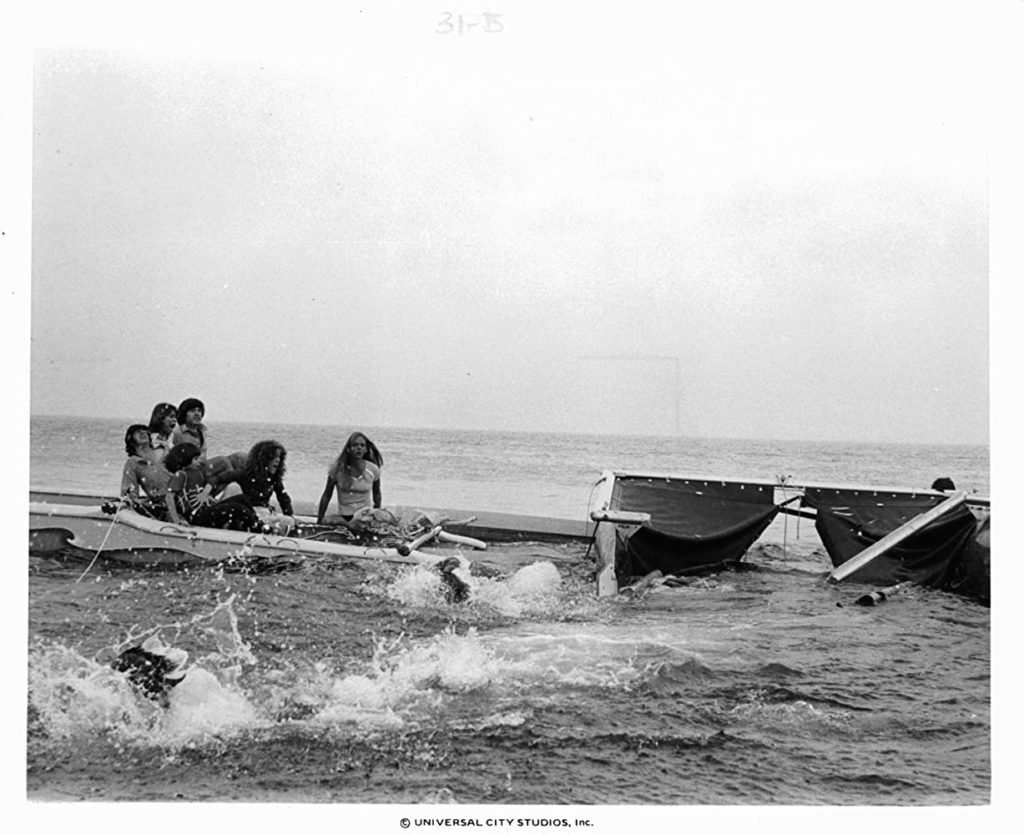 SEASON OF THE WITCH was, a laudable creative decision by Carpenter, Debra Hill, and Tommy Lee Wallace, but I’m sure the suits at Universal wished they’d simply followed the template set down by OMEN II and JAWS 2: just deliver more of the same but make it bigger, bloodier, and more outrageous. For years, these two titles have etched themselves into the canon as fine examples of this type of workmanlike, entertaining sequel, but their historical significance can’t be overstated. It turns out the roots of 80s horror actually stretch back to that crucial two-week window in 1978 that forever altered the genre’s tide, with one of its wings effectively converting into a sausage factory content to churn out a familiar product for bloodthirsty audiences. If nothing else, this wing should be named after THE OMEN II and JAWS 2.