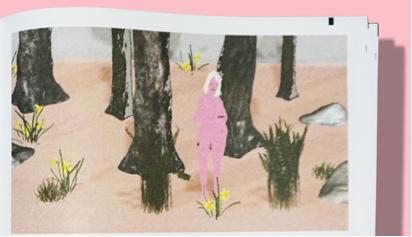 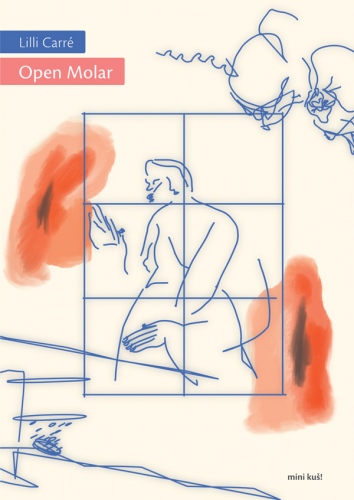 An instruction manual like no other, Chicago-based artist Lilli Carré’s Open Molar (#80 in the ongoing Mini Kus! line) is at times as utterly indecipherable as an Ikea assembly guide, but infinitely more interesting and, most crucially, rewarding. But what you come up with at the end is still fairly well up for grabs.

Billing itself as teaching readers how to “create a drop-shape for slow relief,” with the caveats that “this solution is only intended for gapped interiors,” and that one should “not skip the first step,” it probably goes without saying that said first step is both the most obvious and the most unattainable, but I’m not about to “spoil” what it is here. It’ll have to suffice to know that how well and how thoroughly you’ve already mastered it will determine how far you go with subsequent instructions — not to mention (except, ya know, I am) where you go with them. 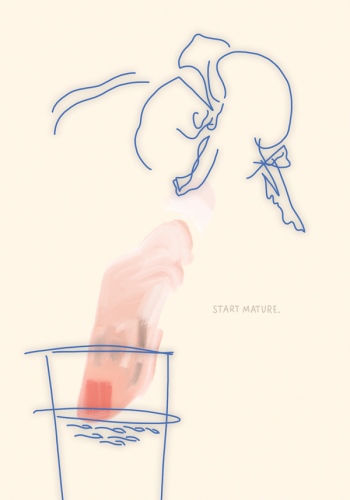 Yeah, I’m afraid this is one of those reviews — slight on detail, suffuse with oblique hints that honestly don’t even rise to the level of being legitimate clues — but, in fairness to myself, it’s also one of those comics. Abstract in the extreme in terms both narrative and visual, open not just to near-infinite interpretation but near-infinite definition, a two-minute read that you can ponder on levels both liminal and subliminal for — shit, I dunno, forever if you really want to.

All of which means, of course, that it’s precisely this critic’s cup of tea. Or water. As water is perhaps the only constant herein. And when your only constant is a liquid, well — you’ve left the shopworn trappings of the avant-garde well in the dust and not passed go, not ollected $200 as you’ve entered uncharted, even undiscovered, territory. 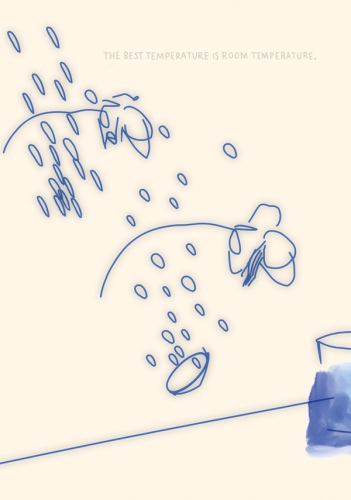 At times it would appear we’re talking about a flower here. At others, a loose tooth. At still others, both. At even still others, neither. And the exquisitely sparse, emotionally rich illustrations offer only possibilities as opposed to hard-and-fast “facts.” Whatever those even are. If you’re getting the impression that this is a comic that you feel more than think your way through, congratulations — you’re on the right path. Now go with it.

But where are you going? Maybe everywhere in the world — and by “world” I mean the “world” of both the exterior and interior varieties. Maybe nowhere at all. Maybe those both mean the same thing. Maybe “all or nothing at all” isn’t a zero-sum equation, but an invitation to explore both and realize how much and how little they differ. And maybe — just maybe — for someone who just said you need to feel rather than think your way through this book, I’m seriously over-thinking things. 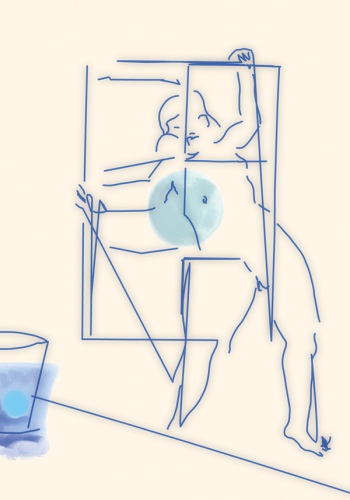 But I don’t — uhhhmmm — think so. There’s so much happening here — conceptually, formally, spatially, philosophically — that I’m not sure it even can be over-analyzed. If anything, to ponder over it for hours is to still not give it truly fair and thorough consideration. A lot of thought went into this comic — and much of it should be yours.

Lilli Carré has created something as quietly profound as it is profoundly quiet here, a work so confident in its aims and their execution that it needn’t spell them out for you. Something you may never fully understand, but will no doubt always remember.