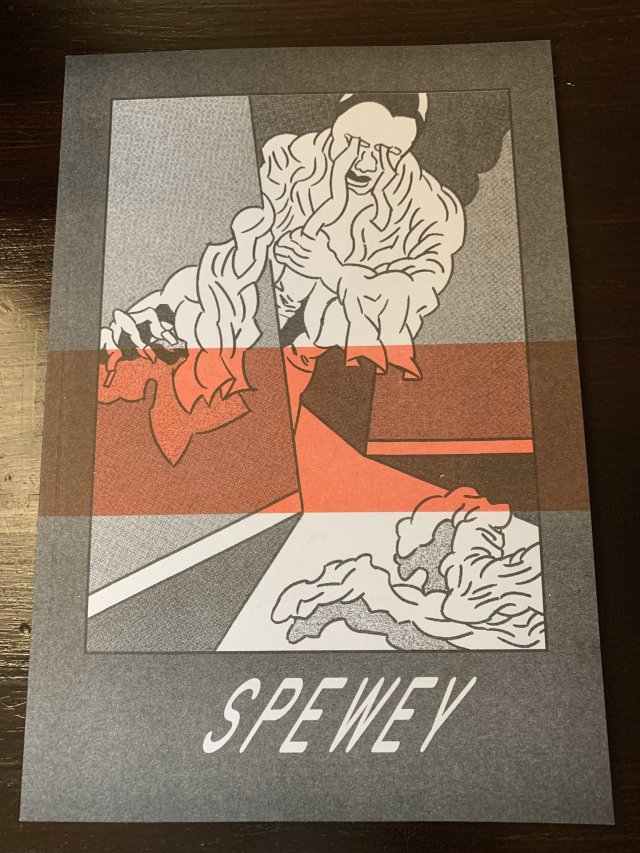 If there’s one thing you can say for the work of Seattle-based cartoonist Jason T. Miles, it’s that his art is consistently challenging. And surprising. And pretty near indescribable. At times even indecipherable. And, yeah, I realize that’s more than the promised “one thing.”

Still, in my own defense, if I only had one thing to say about it, that wouldn’t really make for much of a review, would it? And I actually have a fair amount to say about the retrospective collection Spewey, a 44-page assemblage of some of Miles’ more idiosyncratic work from the past decade published in late 2019 by “boutique” riso-printing house Cold Cube Press. It’s deciding how to say what you want to say that’s always the trickiest part of reviewing any of Miles’ comics, though, and that’s what makes the prospect of attempting to do so such an exciting proposition. 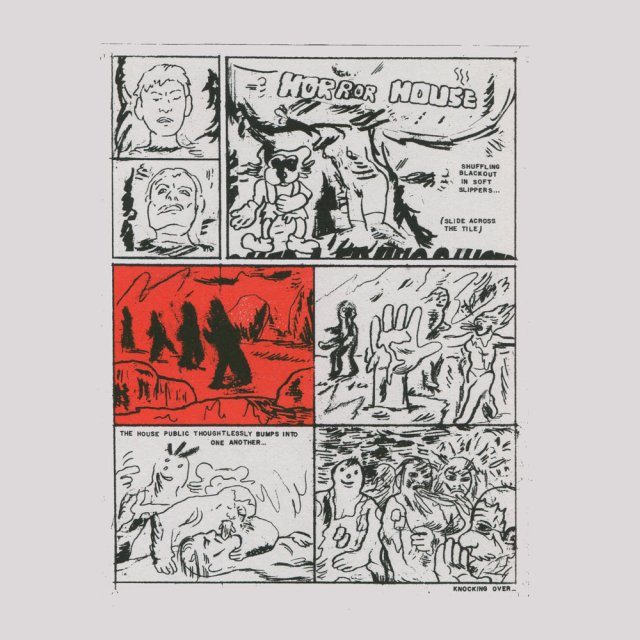 As a general rule, narrative is threadbare here, a skeleton from which to hang a mercurial expression or artistic intent and not much else, but that doesn’t mean the concept of story itself is absent per se — it’s more a case that it needs to be either actively searched for or, better yet, intuited. Nods abound to the likes of Kirby and Panter, but by and large that’s as close to familiarity as you’re going to get here, and while you may be taken aback on first pass at the sheer bravado of Miles’ journey up, down, and sideways through the entire stylistic continuum, an undercurrent of “figure it out for yourself” pervades throughout, whether we’re talking about strips rendered with scratchy pen and ink, illustrations that veer into the realm of pure abstraction, or even deceptively-unrelated photos that perhaps only a Zen master could discern concrete links between, as shutting out the noise of the outside world — and of your own mind — are prerequisites to really coming to grips with what Miles is doing. How he’s doing it. Where he’s at.

Certainly the gradations of red and black employed in the riso process are deliberate in the extreme, but even their most sudden and pronounced placements don’t “take you out of the story” precisely because you’re never entirely in it — transmogrification and metamorphosis and physical and perceptive fluidity are staples herein, but the artistic process itself and, most crucially, the choices that inform it are part and parcel of that thematic through-line, the act of making these comics holding at least equal weight to what it is that they’re presenting. It’s an ambitious stratagem — if it even is a stratagem, there’s so much deliriously inventive “winging it” of things going on here that I hesitate to say for certain — but it’s also an elemental one, true to art in all its forms, but laid bare with refreshing honesty here. The medium is the message, sure, but the utilization of that medium is too often thought of as separate to the finished “product” itself, which is an absurd notion given that the two are, quite obviously, inextricably linked. 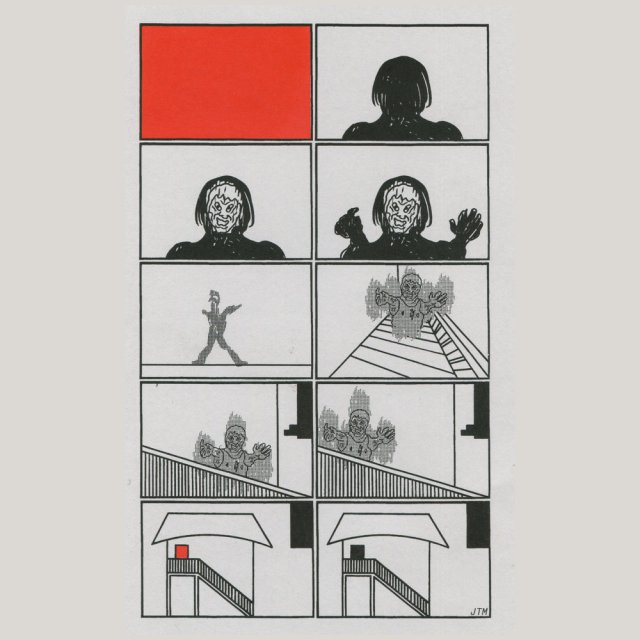 I mentioned fluidity and transmogrification a moment ago, but I should perhaps be more clear, more precise, despite the fact that resorting to anything resembling precision and/or definition runs counter to what I feel is the spirit, at least, of this particular project — it’s states of being and unbeing that are being explored and tentatively negotiated here; it’s not people and things alone that change, but our understanding of them, full realization most frequently just tantalizingly out of reach no matter how we interpret the scant information we’re provided with. Miles isn’t content to be some cartographer limning the boundaries of his “idea space” — he’s more a tour guide or emcee, a presenter, if you will, emptying the contents of his subconscious onto the page in whatever manner feels right and then letting — hell, trusting — you to determine what it all means to and for yourself. 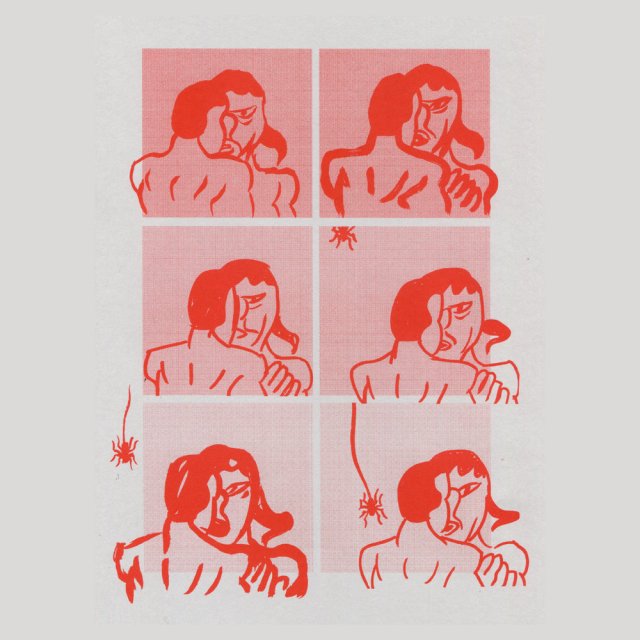 Noticeable by its absence but in no way missed is the ultimately false notion of certainty — an abstraction in all but definition anyway. If there is progression here, it’s debatable and subjective; if there’s a “point” to it all, ditto. Each strip, each page is involving — sometimes downright inviting — but what it’s inviting you to do is to take your time, make your own decisions, formulate your own reactions. What you think about this book is less important than how you feel about it — and you’re not likely to decide how you do feel about it for days or weeks. If ever. And that’s okay, too — it’s Miles’ comic, but it’s your journey. Make of it whatever you will; I don’t think he’d have it any other way.

Spewey is available for $15 from Cold Cube Press at http://www.coldcubepress.com/shop/spewey-jason-miles-1