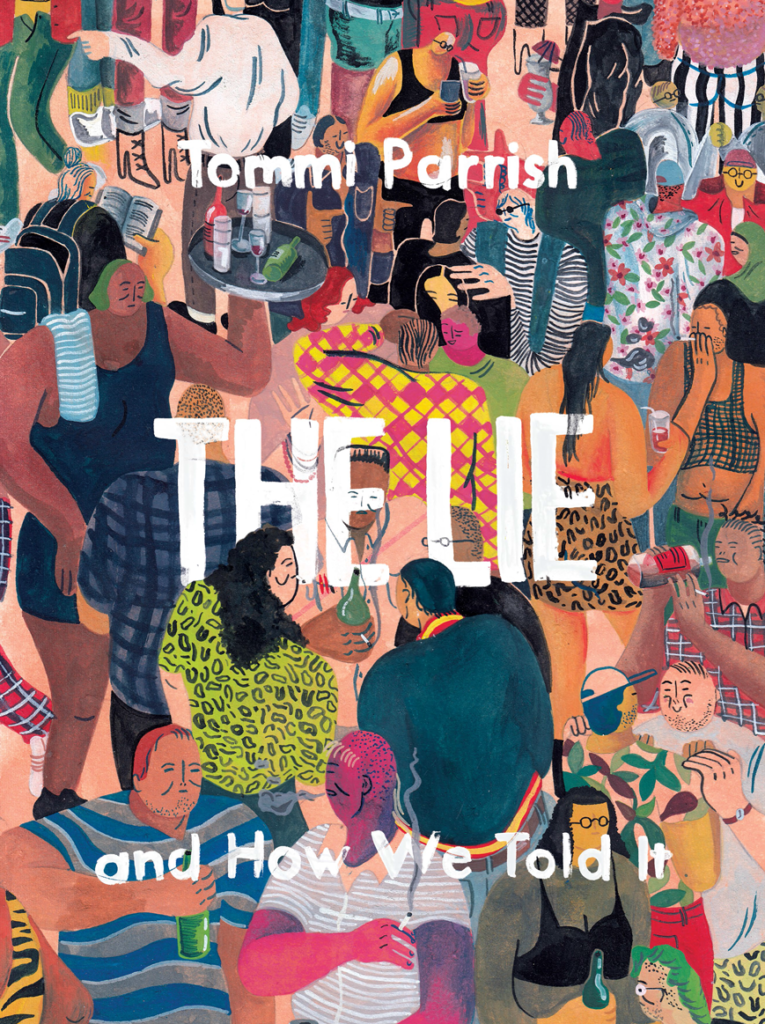 Cartoonist Tommi Parrish comes to us from Montreal by way of an Australian upbringing, but their (as a gender non-binary individual, Parrish’s pronouns of choice are “they” and “their”) perspective seems to be a heady blend of the highly singular and the undeniably universal — and if that sounds inherently contradictory, then buckle in for a review that’s going to make your head spin, because the underlying tension between disparate polarities, both personal and artistic, forms the beating thematic heart of their new Fantagraphics-published graphic novel, The Lie And How We Told It, and how you process duality is going to go a long way toward determining your level of enjoyment of/appreciation for this work. In short, if it already sounds like it’s not going to be your cup of tea, then it probably won’t be — but if explorations of who we are vs. who we present ourselves as are something you find worthwhile and challenging, then you’re really going to dig what Parrish is serving up here.

The short of it : a happenstance reunion of two old high school friends at a supermarket — Tim who’s shopping there, Cleary who works there — leads to a night of walking, talking, and bar-hopping. The pair were close once upon a time, but something either drove or wormed a wedge between them and they clearly have difficulty communicating what probably would once have been easy. The basics are easy enough (Tim’s happy to volunteer that he’s about to get married, Cleary is in no way hesitant to ‘fess up to the fact she’s just coming off a break-up), but the things they both want and need to fill each other in on? Those are considerably more tricky, as it means each will need to let their guard down not only about who they are now, but who they used to be, back when they were thick as thieves and thought they knew each other well. 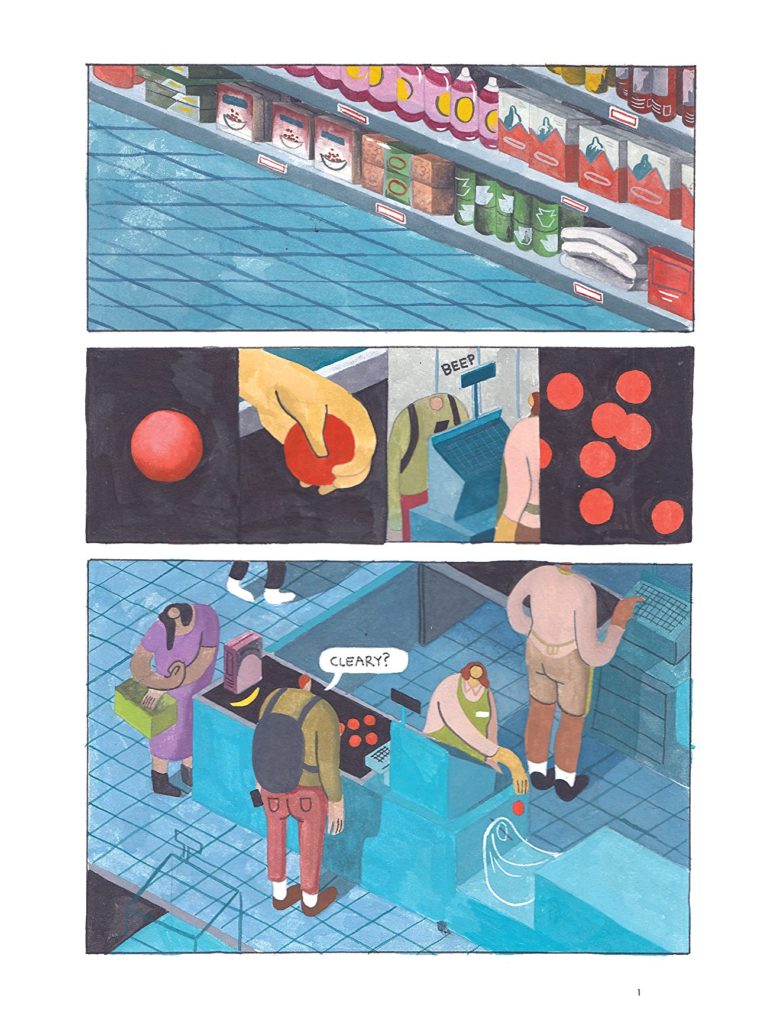 Enter One Step Inside Doesn’t Mean You Understand by one Blumf McQueen, an illustrated (self-published?) book that Cleary finds tucked away under a bush while waiting for Tim outside a liquor store. About the only visual cue that this “book-within-a-book” is a product of the same imagination as the story “proper” is Parrish’s penchant for drawing people in a bulky, ovoid manner — gone are the lushly painted (or, more likely, a digital approximation thereof) colors of the main narrative, finely-detailed B&W linework taking their place at the same time as crisp, semi-stylized prose (the last four pages of which, according to the back-page credits, were written by someone else) shoves aside stilted, naturalist dialogue. It’s a tale of love turned to disdain turned to abandonment in short order, and of course there are parallels easily enough drawn between the relationship trajectory of its stripper-and-a-divorced-guy protagonists and the largely-unremarked-upon rift that grew (and is growing again?) between Cleary and Tim, but it’s not like each is a pure mirror of the other; Parrish is both too skilled and too ambitious a cartoonist to be that cut-and-dried about anything, and limning the points of convergence and divergence between the stories is more than a simple intellectual exercise, in that the “conclusions” (impermanent as they are) of each can be viewed as reflective, sure, but also instructive, given that questions of what-could-have-been as well as what is factor into both pretty heavily.

One question that haunted me on both read-throughs of this book(s) I made last night is whether or not there’s an ounce of sympathy to be found in the worldview communicated by Parrish here — Tim is struggling with his sexual identity, but not mature enough to face said struggle in any meaningful way, choosing instead escape through actions that show him to be an “eternal adolescent,” if not outright infantile, while Cleary, for her part, seems fully at ease with her queerness (is it okay for a hetero critic to use that term? I honestly don’t want to piss anyone off), but seems to have arrived at that semi-solace by means of emotional detachment. Tim will only admit to fucking guys after a few drinks and by prefacing tales of his “conquests” with “I’m not gay, but –” while Cleary smashed the closet doors a long ago and is totally open about who she likes to fuck — but love seems to be something neither of them admits to needing, which rather reduces their odds of finding it something near zero. 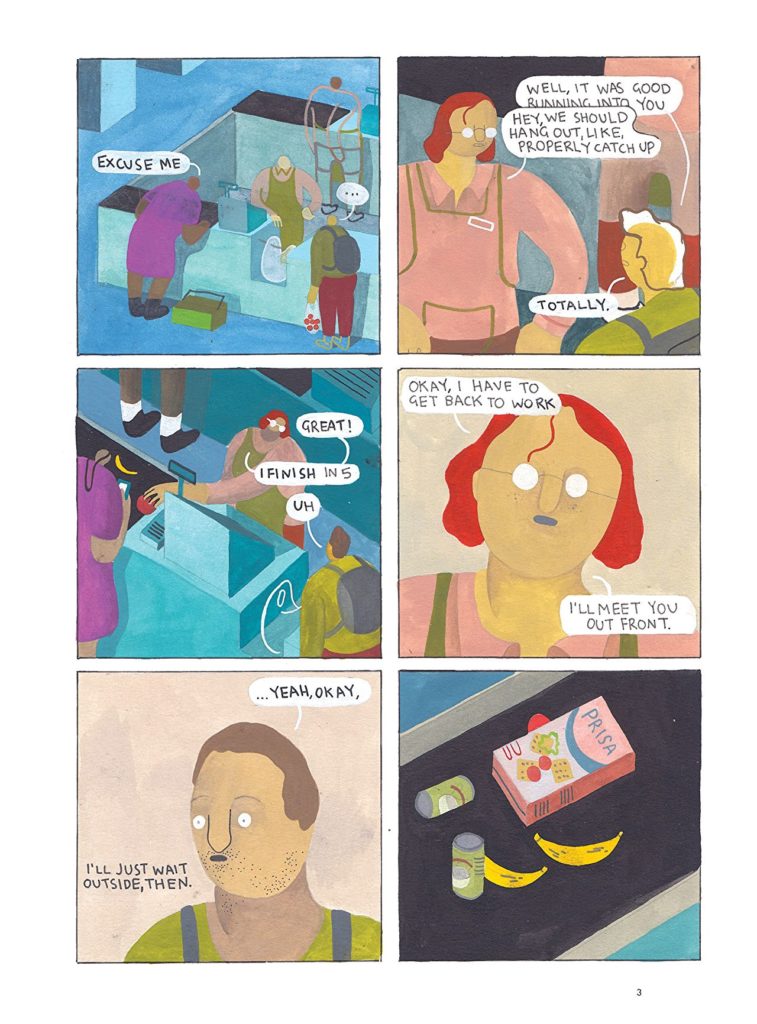 The fluidity of the characters’ appearance stands in stark contrast to the aforementioned emotional intransigence of each, and certainly has to be intentional on Parrish’s part, as if they are saying that no matter what we look like, not to mention no matter what we say or no matter the image of ourselves we try to project, we are what we are and that’s all that we are (apologies to Popeye). I don’t think they’re saying that change is impossible (although such a reading of the material is hardly out of the question), but that it can only come from within, and only when we are willing to do what, for many, is the toughest slog of all — being honest with ourselves. Now, whether or not the mystery of our own identities is a result of the facade we put on for public show being internalized,  or whether said public facade is an external expression of pre-existing confusion and/or insecurity?  That’s a quandary Parrish is bold enough to raise, but honest enough to admit they don’t have the answer to — and, really, does anyone? 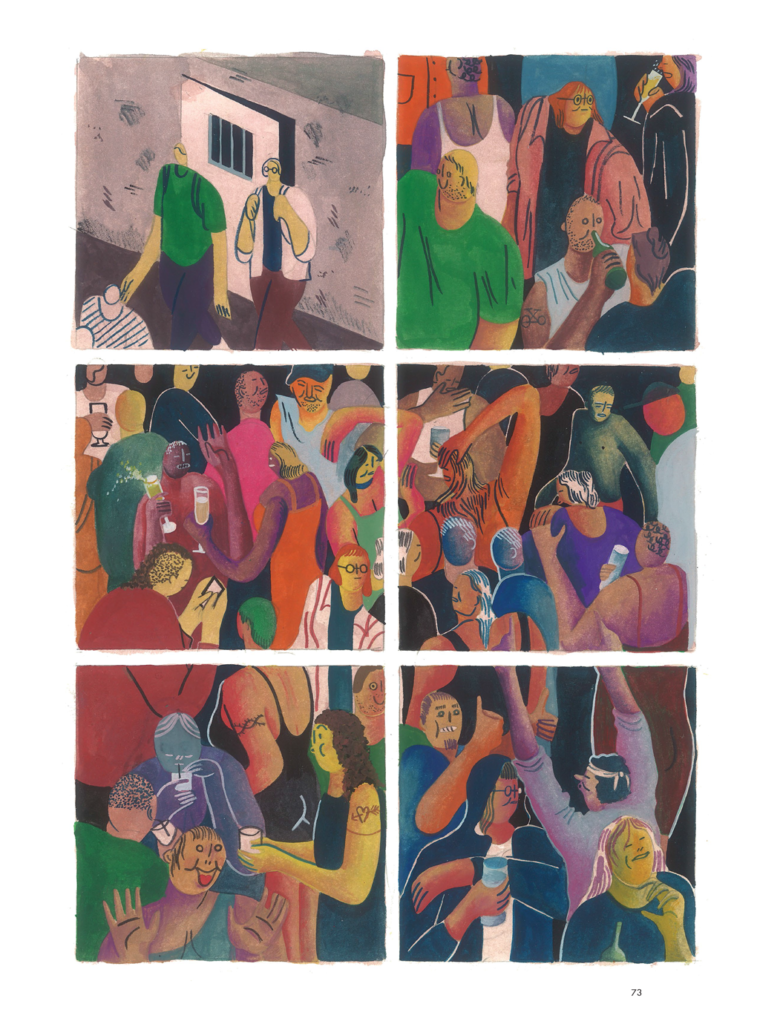 The last few pages of The Lie And How We Told It play out as sheer inevitability — you can’t see things “ending” any other way. But that doesn’t mean the journey to get to that point isn’t endlessly though-provoking, even borderline invigorating in its refusal to play the reductivist “either/or, if/then” narrative game. In both story and art, Parrish gives voice to the full dichotomy and hypocrisy of individuality itself — at once lavish and austere, frank and disingenuous, wide open and closed off, honest and insincere, it is a book about everything disguised as one about not much at all — and an early front-runner for best graphic novel of the year.