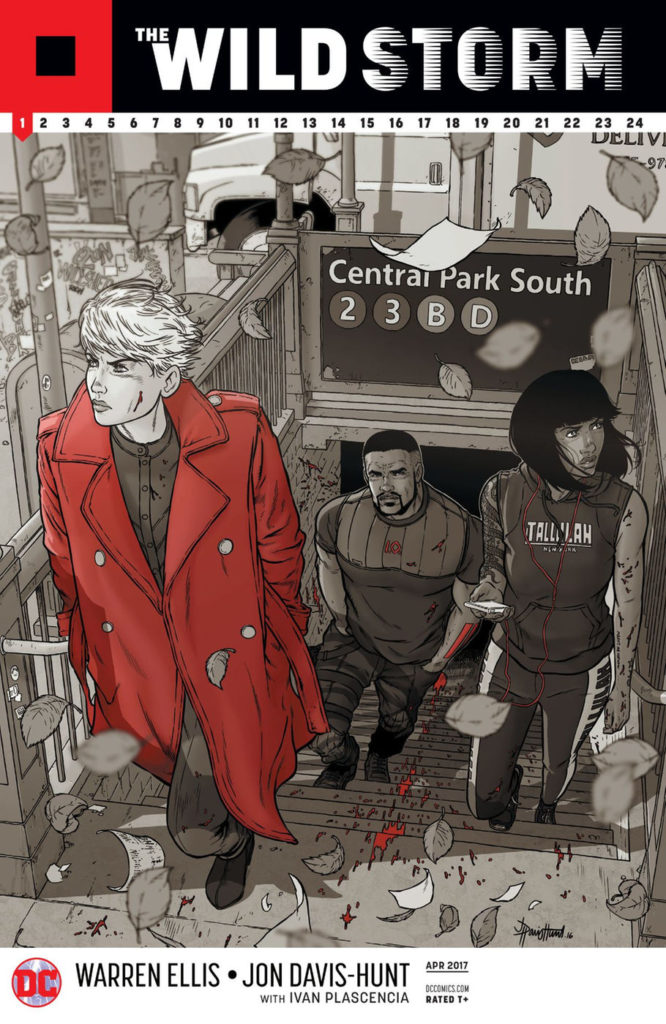 Hollywood probably wore the term “re-imagining” to death even before comics did, but if we want to be brutally honest, it’s a word that’s become flat-out cringeworthy across all media by this point, and not without good reason. To “re-imagine” something, after all, means that time and effort that could go into actually imagining something new is going into updating an existing idea, and there’s also an implication, at the very least, that affixes itself to the notion that the original (often beloved) idea itself is in need of some touch-up work. The track record of “re-imaginings” is a pretty lousy one in the funnybook medium, of course — many a promising, or even established, creative career has been sidetracked by attempting pointless re-vamps of characters and concepts that originated in the minds of Kirby, Eisner, Ditko, Kurtzman and the like that had literally no chance to come anywhere near equaling (to say nothing of surpassing) their progenitors because said progenitors were still ahead of their time. So why even bother?

Here’s the damn thing, though — some concepts could desperately do with a revamp/re-launch/”re-imagining.” Alan Moore, Steve Bissette, John Totleben, and Rick Veitch re-built Swamp Thing from the muck up and I don’t hear anyone complaining about that. Ditto for Neil Gaiman’s completely different take on the idea of the Sandman. And there’s probably nothing that came out of the ’90s mainstream comic scene that wouldn’t benefit from a completely fresh take. Enter WildStorm comics, then — and, more crucially, Warren Ellis.

DC’s had pretty good luck with the notion of the “pop-up imprint” (whatever that even means) in recent months courtesy of Gerard Way and his Young Animal line, and so the idea of bringing back Jim Lee’s WildStorm label suddenly sounds a lot less ludicrous than it would have not so long ago, especially with Ellis at the helm. Planetary still stands out as the best thing to ever come out under WS auspices (Alan Moore’s America’s Best Comics line notwithstanding), so why not give its creator the keys to the whole (admittedly dilapidated) mansion and see what he can come up with? I’m game if you are — 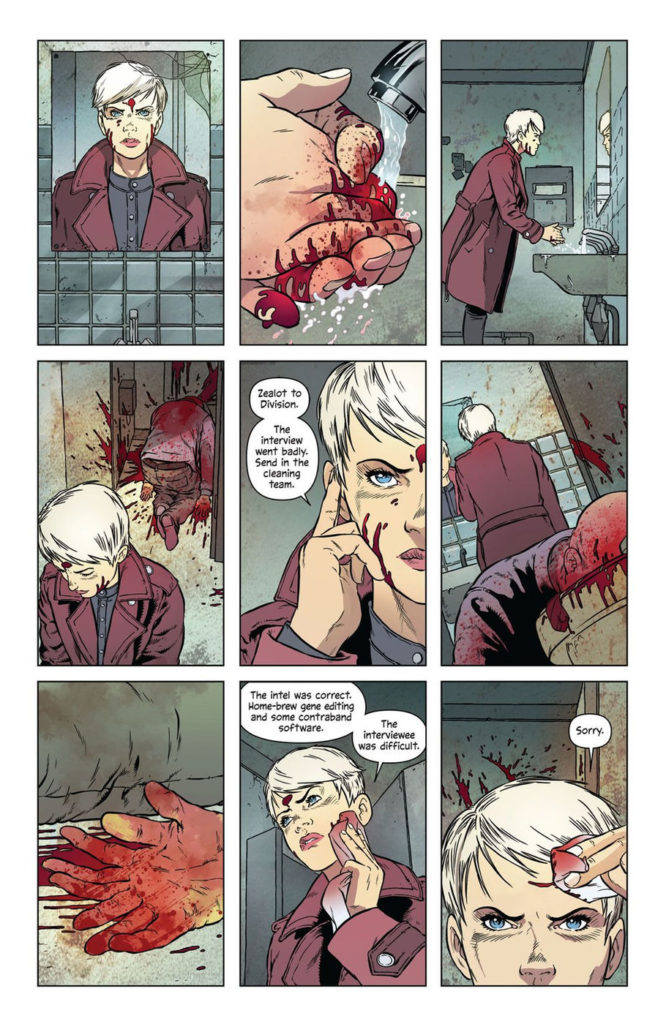 The first book to come out from the “new” WildStorm is the 24-part eponymously-titled The Wild Storm #1, scripted by Ellis with art from 2000 A.D. and Clean Room alumnus Jon Davis-Hunt, and as far as exercises in so-called “world-building” go, they don’t come much more fully-realized than this. The Other Bearded One posits the universe newly-minted as his own to be one rife with uber-secret high tech, a small handful of spectacular “haves” and multitudes of “have-nots,” nefarious corporate espionage, and “deep state” conspiracies the likes of which numbskulls like Alex Jones couldn’t come up with in their most fevered imaginings. In other words, it’s probably not too terribly different from our own, barring the super powers.

“Classic” characters from across the spectrum of former WS books are either given cursory (Voodoo, Zealot) or somewhat detailed (Jacob Marlowe, Deathblow) introductions here, with more to follow, and sooner or later (probably later) we’ll be seeing WildC.A.T.S., StormWatch, and others spun off into their own mags, but if the pattern of this first issue holds, it’ll all be done in a manner most deliberate and planned, so a “title flood” seems like something we’ll be able, blissfully, to avoid here. Ellis moves just a few of his who-knows-many chess pieces here, and the overall flavor of the proceedings is far more Transmetropolitan than it is, say, The Authority, but in a way that makes perfect sense — the world of Spider Jerusalem was, after all, a “built-from-the-ground-up” affair, and that’s the wise approach to take when resuscitating a veritable boatload of properties that by and large haven’t even been kept on life support for over a decade. Why dust things off when it’s so much more fun to blow ’em up? 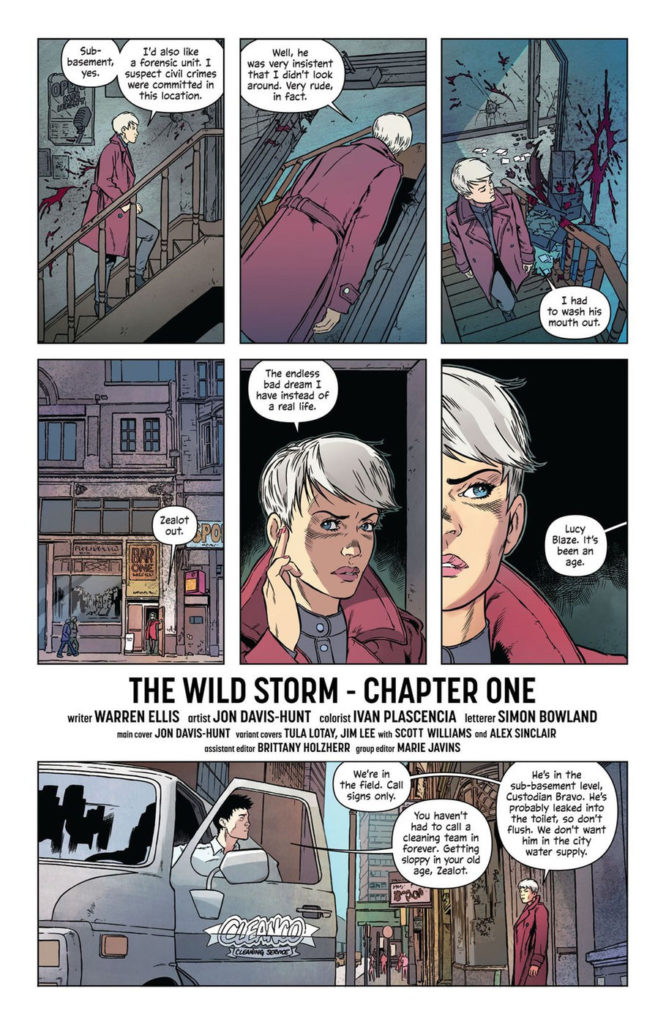 I can’t fairly comment on too many differences between “WildStorm Then” and “WildStorm Now” simply  because so much of the “Now” has yet to reveal itself, but the six-page (!) “house ad” that DC included in most of its titles last week offers some intriguing clues — suffice to say it sounds like this is going to be a very tightly-controlled imprint with all individual parts playing into a mind-bogglingly comprehensive whole, and setting this well apart from and outside of standard DCU continuity is reason enough to breathe a heavy sigh of relief. After all, no matter how well things are chugging along with this line in a year or so, an ill-timed guest appearance from the likes of Aquaman or Robin (not to pick on those characters specifically, but you get my point) would still have the power to scuttle things up to no end. Walling this world off in a manner that would make Donald Trump proud? Hate the idea in reality, but in fiction, shit — I’ll take it. 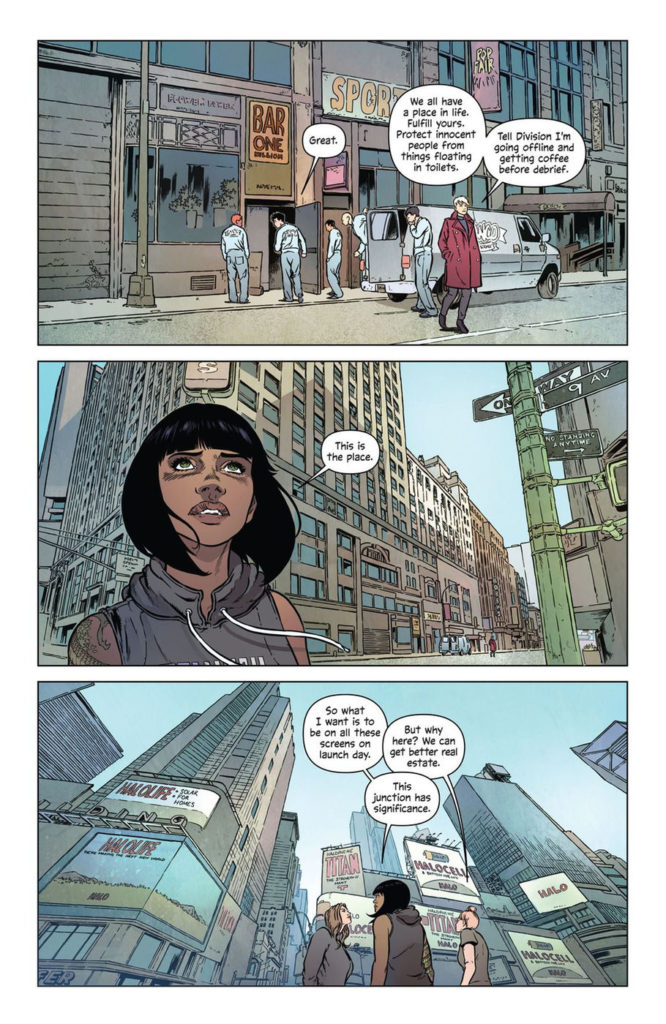 All the bold imagining in the world at the developmental stage doesn’t mean a damn thing, though, if the final product’s visuals aren’t up to scratch, but on that score, again, there appears to be nothing to worry about. Davis-Hunt’s art is a little less — errrmmm — clean than it was on Clean Room,  where intricate detail and crisp, fine lines ruled the day, but it’s no less effective for that fact: this world looks and feels “lived in,” quietly oppressive, and maybe even just a touch grimy. I really can’t envision it being any other way, myself, and thanks to Davis-Hunt and colorist Ivan Plascencia (master of a palette that we’ll call, for lack of a better term, “modern muted”) I don’t even want to. I’m abso-friggin’-lutely in love with the art on this book, and after you check out, guess what? My money’s on the same being true for you.

Getting in on a sprawling, many-tentacled epic bursting at the seams with ambition and overseen by talent visionary enough to pull off everything they’re setting out to do is an opportunity that comes along once only every-so-often. You’d be a fool to miss out on it here. The Wild Storm is certain to be a twisting and perilous road, and we’re only able to see as much of the map as we need to in order to keep following it, but there’s absolutely no doubt about where it’s ultimately headed — straight up.