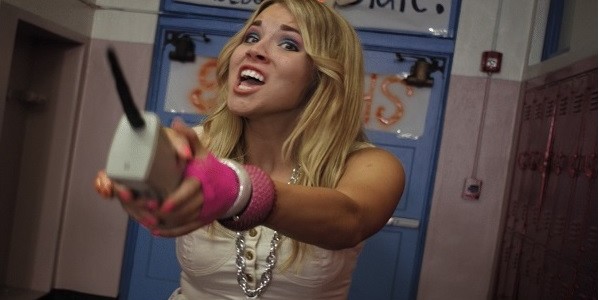 Director John Hughes has without a doubt created some of the most iconic teen dramatic comedies ever. In over the thirty-three years since SIXTEEN CANDLES hit the scene, his films have been the inspiration for countless of other movies. Just recently, there has been a growing trend in horror movies to pay homage to THE BREAKFAST CLUB. Everything from the zombie comedy DETENTION OF THE DEAD, to the whodunit thriller BAD KIDS GO TO HELL, and its soon-to-be-released sequel, BAD KIDS OF CRESTVIEW ACADEMY, have used the formula of a mixed group of teenagers stuck in a Saturday detention. GETTING SCHOOLED is a micro-budgeted ’80s homage which takes the THE BREAKFAST CLUB with a slasher formula, determined not to tread any new ground. 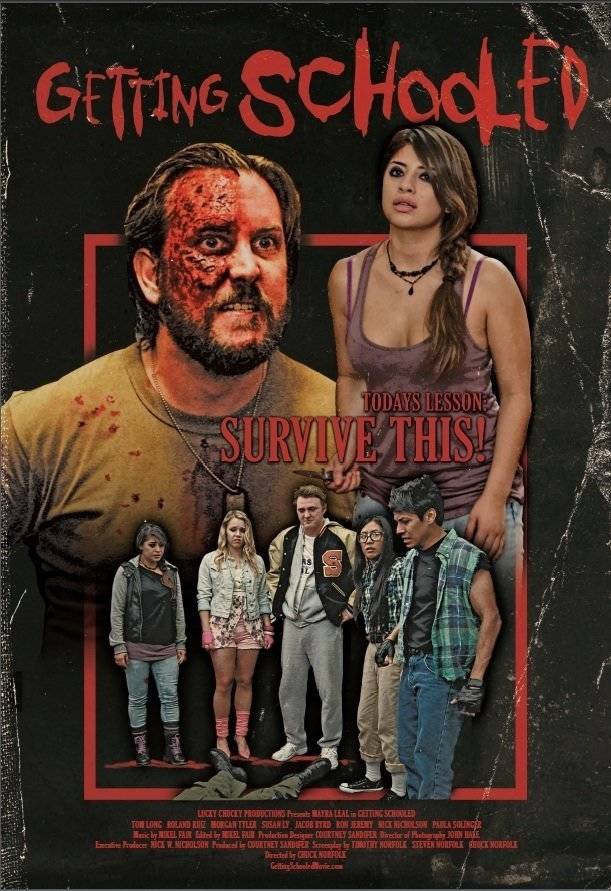 My favorite parts of GETTING SCHOOLED were probably the synth-driven score and the SAVED BY THE BELL style opening credits. I’m not saying that to be mean, either. I’m a sucker for that pastel-colored, art-deco saccharine-styled intro. How does a movie transform from bubblegum fun into a gore driven slasher film? Answer: bash a teenager’s head in, with a retro-style boom box. From there, GETTING SCHOOLED turns into an obvious homage. I’m sure it was intentional, but you can’t have a film about five teenagers with nothing in common bonding over a Saturday detention without it screaming THE BREAKFAST CLUB. The big difference here is that instead of John Kapelos as Carl the janitor, we have porn star legend Ron mother-fuckin’ Jeremy as Janitor Dan. I would have like to have seen more of Ron Jeremy, and yes, I mean that in every way possible. Enough of my perviness. I appreciated how cliche that 80’s archetypal characters were. The cast of students sent to detention mirrored that of THE BREAKFAST CLUB perfectly. There was Mike (Jake Byrd) as the jock, the punk rock bad boy Rusty (Ronald Ruiz), the valley girl prom queen Hillary (Morgan Tyler), bookworm/nerd Shelly (Susan Ly), and introverted social outcast Julie (Mayra Leal). 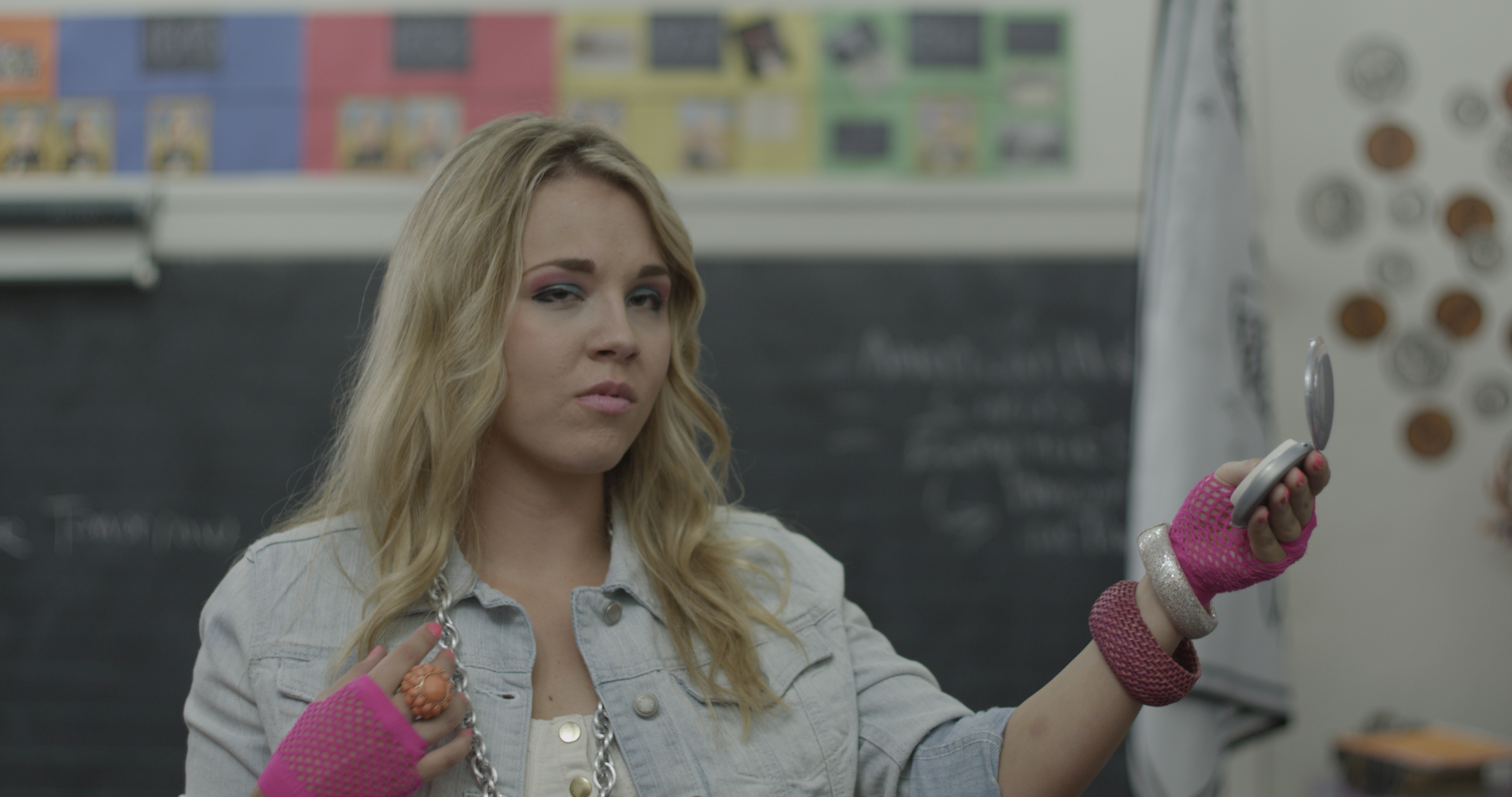 The script here is heavy-handed. The slang used by the characters seems a little trying-too-hard. I honestly don’t remember anybody besides Bart Simpson saying, “Don’t have a cow” in the 1980s, and in GETTING SCHOOLED the phrase was used twice in one scene. Besides that, the over-the-top, offensive humor came off as Troma-esque. I almost always enjoy a fun Troma movie, so points for that, but if you are going to be crass, fucking push the envelope even further than it’s done here.

Instead of the vice principal being the buzzkill Paul Gleason’s character was in THE BREAKFAST CLUB, we have Mr. Roker (Tom Long). Nobody has ever seen Mr. Roker at the school before, but that doesn’t really matter. Oh, and he’s also wheelchair-bound and suffers from Vietnam flashbacks. Due to the flashbacks, Mr. Roker attacks the students in the detention. They defend themselves, and knock Mr. Roker unconscious. Teenagers being teenagers, instead of calling the police, they tie up Mr. Roker and stick him in the closet. So, instead of bonding over smoking a little weed, we have battery and kidnapping to build their relationship over.

While Mr. Roker is locked in the closet, the students discover his wallet fell out of his pocket during the struggle, and while going through it they find his resume. Who the fuck carries their resume in their wallet? Whatever –this is the point that we discover that he was a black ops soldier in the Vietnam War, and this is where the madness really begins. Mr. Roker’s flashbacks and all his dialogue bring to mind COMBAT SHOCK. Oh, and of course he’s a cannibal. I just wish that director Chuck Norfolk had pushed the camp factor, a little more over-acting and GETTING SCHOOLED would have made more sense. 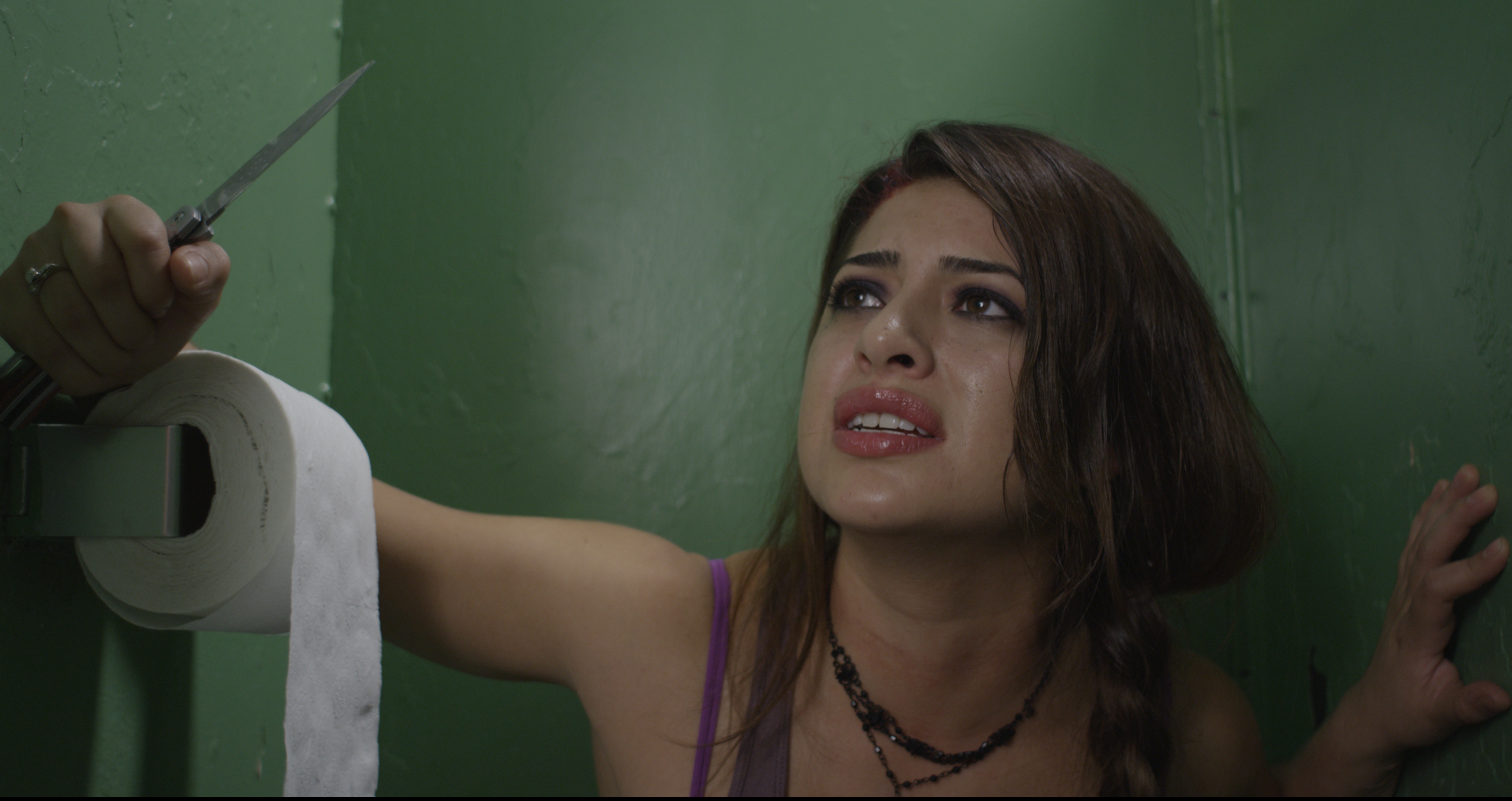 The rest of GETTING SCHOOLED is Mr. Roker hunting down, torturing, and killing the students and faculty one-by-one. I will have to give it to them — a slasher in a wheelchair is completely original idea. I’ve watched countless slasher movies, and I’ve never seen that done before. Kudos for a new kind of killer! 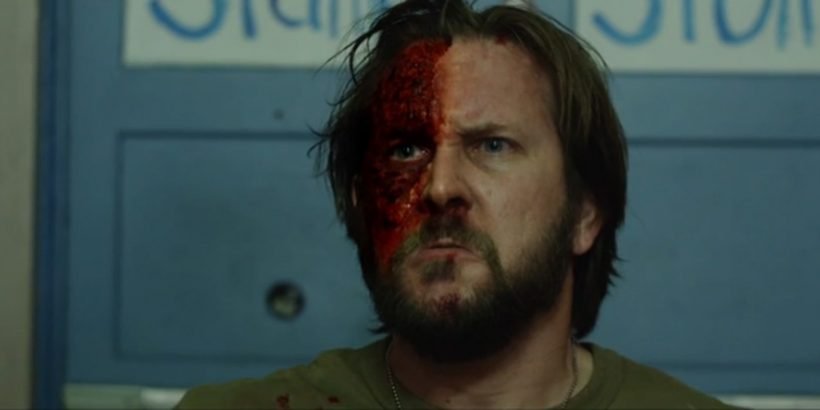 At times, GETTING SCHOOLED feels like a no-budget rendition of THE GUEST, but with a killer that anyone would easily be able to escape from, the ridiculousness is off the chart. I just wish that it was even more stupid than it already is. Like a lot of horror movies, you just can’t think about it too much, because none of it makes any sense. GETTING SCHOOLED is a fun, independent horror-comedy with cool practical gore effects that hearken back to films like PIECES, THE PROWLER, and MY BLOODY VALENTINE (1981). I’m also a sucker for a slasher with great puns in their dialogue. So, just as long as you’re not looking for a movie that’s trying to reinvent the wheel, you can have a good time with GETTING SCHOOLED.