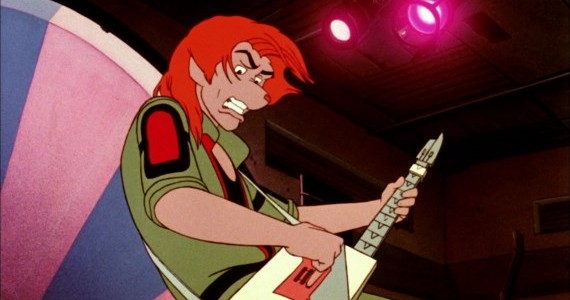 It’s time for another edition of Grindhouse Grooves, showing the latest videos who take their cues from the more dingy side of the cinematic tracks. This time we’ve a new video from Darren Lynn Bousman, vintage animation, serial killers and a nanobot invasion!

TMBG is at their best when they’re coupling upbeat music with less upbeat lyrics and ideas, and this video and song about the nanobot takeover of the planet is prime horrifying fun. It’s make a great double-bill with Cyriak’s video for Flying Lotus’s “Putty Boy Strut.”

Press To Meco – Affinity from Lewis Cater on Vimeo.

The song is kind of an odd blend of melodic voices and metal-influenced guitar, but I can’t argue with the ‘70s horror vibe of the video, as some standard tasks on a farm prove to be anything but normal, and pretty soon, we’re in I DRINK YOUR BLOOD territory.

Ghost and Gale
Take Me To The Fire
Dir. Jesse Fleece

Ghost and Gale – “Take Me To The Fire” from Jesse Fleece on Vimeo.

It’s a bit hard not to make immediately comparisons to the video for Yeah Yeah Yeah’s “Sacrilege” with the imagery of a woman prepared to be burned at the stake, but the western setting and a very different twist give Fleece’s moody short a feeling all its own.

Alien sex gets hot and heavy, and smoky and oozy, in this impressively vibrant video for a fairly low-key track by MS MR.

The EVIL DEAD poster in the background towards the beginning is a good indicator at the deranged frenzy of violence to come as three teenagers drink a bunch and things start getting really bloody. Bonus points for the appearance of Charles Burns’ “Black Hole” in one of the kids’ hands.

A young man just trying to expel some urine becomes possessed by graffiti and begins engaing in spastic dancing that would make Spike Jonze proud. Then he starts hallucinating people with horse heads. Can’t a guy just whiz in peace?

Modern British gangster flicks get mixed with a little comic book look in this mini-epic about a guy who apparently double-crossed the wrong people. It’s almost surprising that Ray Winstone doesn’t show up.

It starts off with dominos, but quickly becomes a series of actions that would make Rube Goldberg proud, and the camera desperately tries to follow, like an Ok Go video with a better soundtrack. Plus, toast!

The video for the band’s “Mintour” was fun but light, but Thee Oh Sees take the opposite tactic for their latest, a significantly darker take on a man unfortunate enough to stumble across a serial killer covering his tracks.

SAW II-IV director Darren Bousman is no stranger to imaginative music video work from his helming of REPO! THE GENETIC OPERA and THE DEVIL’S CARNIVAL (I recommend the latter), so it’s not surprising to see him in the music video game in collaboration with his CARNIVAL partner Emilie Autumn.