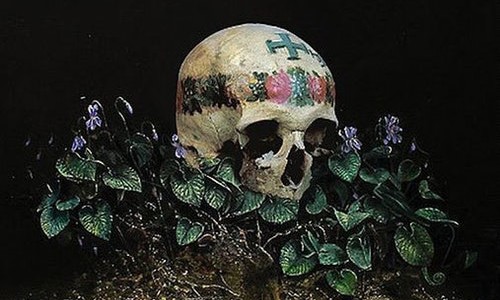 Forsaken by my ailing crone

To you, my beliefs a vile crown

Upon thy weakness you shall drown

Sorry, I just thought a horror movie as Black Metal as Lukas Feigelfeld’s HAGAZUSSA needed a fitting opener. It’s actually kinda spoilery… so don’t drop-tune your guitar ’til after you see it. If the title strikes you as odd, allow me to explain what it means before diving further. “Hagazussa” means “fence rider” in High German. “Haga” evolved into “häxa”, which became the legal term for “witch” during the witch trials. Then the public started using it and in the 1900s, “häxa” became synonymous with the pointed-hat witches. To add more insult to injury, “häxa” has been co-opted by servants of New-Age to mean whatever they want it to at the moment. So, in a way, HAGAZUSSA symbollically takes back what rightfully belongs to witches from the patchouli set. With extreme prejudice. 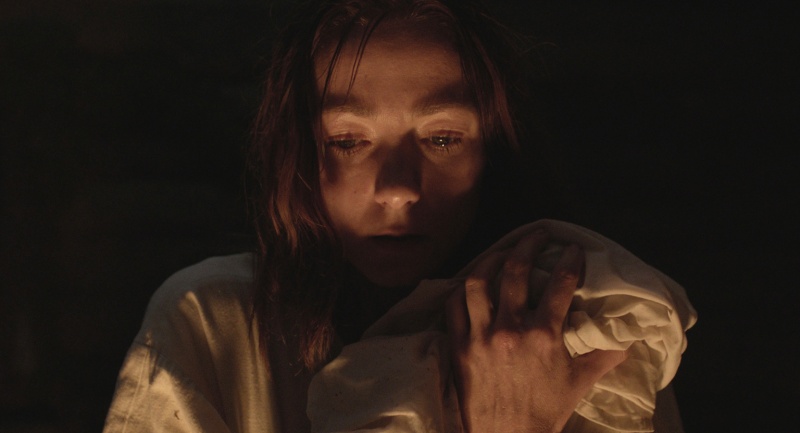 HAGAZUSSA begins in a snowy forest with a little girl, Albrun, and her mother living in seclusion. There are long stretches of no dialogue during this section as well as the rest of the film. I love words, but I also love silence and watching actors and actresses act without uttering a syllable. In this film, the silence adds to the isolation and dread that hangs over everything like a soaked slab of meat. Albrun’s mother is afflicted with a sickness, and Albrun has to slowly watch her die. The story jumps ahead to an adult Albrun, played by Aleksandra Cwen, as she lives alone with her baby daughter on a goat farm. They’re ostracized and mocked when they go into town, but are defended during a particular trip by a woman. The woman visits Albrun later and they develop a friendship. While all this is going on, Albrun seems to be trying to come to grips with something. This tension bubbles to the surface while she milks a goat and touches herself. Then her friend introduces her to a guy and she’s raped for being a Pagan. This sends Albrun over the edge, as it would anyone, and she embraces her Paganism to horrifying depths and shows no mercy. But everything comes with a price. The film reminds me a lot of another mostly-silent horror film that came out recently, EYES OF MY MOTHER. Both are about daughters who lost their mothers when they were young, and who as adults, try to accept who they are while still dealing with that loss. 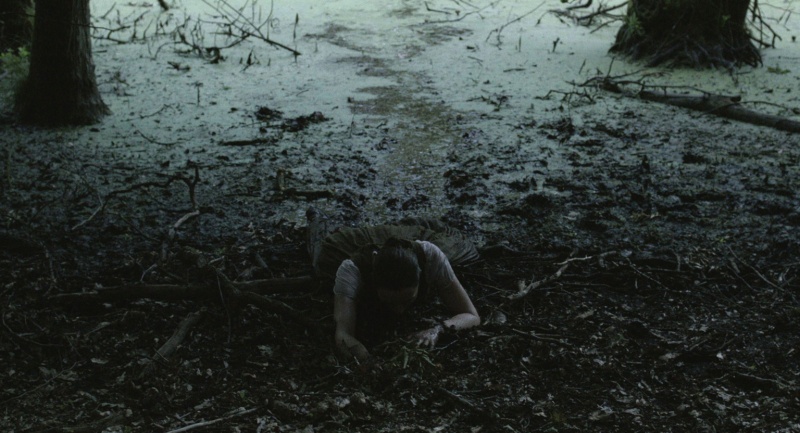 HAGAZUSSA also began in the mind of writer-director Lukas Feigelfeld. His nightmares as a child as well as thoughts of Paganism. He always loved horror. Not zombie flicks or gleeful celebrations of violence, but stuff more about evil lurking in darkness, and is inspired by directors like Miike, Noe, Lynch, and Hanake. He did lots of research into things like Paganism, plague, and psychosis. In conceptualizing the film, he wanted to explore witches as an old entity of death that lives in the mountains, instead of wise women hunted by Christians. In the Winter of 2014, he wrote at night with music from bands like Lustmord, Kreng, Hildur Gudnadóttir, Sunn O))), and MMMD. He later got MMMD to do the score by sending them Winter scenes with their music (a similar thing happened with the poster designer). He didn’t want synths because he felt the film needed a classical approach. He set it in the Middle Ages since folk were still strongly connected to nature; the seclusion in the mountains supported Albrun’s developing psychosis. Lukas also wanted to tell the story of a mistreated, misunderstood, struggling young woman who’s pushed into confronting her fear and memory of her abusive mother. The film doubles as his graduating film and his first feature, but don’t let that get to you, creatives. He’s the exception, not the rule. Part of the film was crowdfunded, but he doesn’t want it to be, or think it should be, cinema’s future. 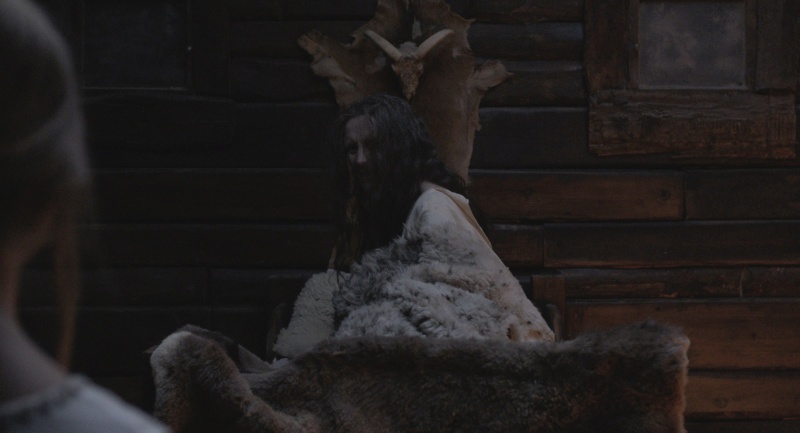 HAGAZUSSA was lensed by Cinepocalypse’s 2017 “Best Cinematography” award winner, Mariel Baqueiro. She met Lukas in the DFFB, the German Academy of Film and Television in Berlin, and formed the production office, Retina Fabrik, with him in 2010. They bonded during smoke breaks because they were the only ones in class who didn’t. She’s the only one spared his control freak nature on set and was involved with the film since it was a two-page draft. In developing and preparing the look, they made very detailed shot lists (descriptions of shots that mention who and what’s needed) because neither could draw. One unbreakable rule was that the focus was always on the characters through their faces. They ended up hiring a storyboard artist to help the crew understand what they were talking about. Except the erotic scene with the goat. They wanted Aleksandra to guide the scene so she’d feel comfortable with what she had to do. Mariel is a big fan of natural light, and Lukas was understanding enough to give her the time she needed to set up shots. Because of her lighting affinity, the rape scene was the hardest technical shot due to the weather and being unable to secure an overhead shot.

So yeah, you should definitely give HAGAZUSSA a shot.

Hagazussa – A Heathen’s Curse – Teaser (2017) from Lukas Feigelfeld on Vimeo.