Without a doubt, the new HALLOWEEN film is the best of the HALLOWEEN sequels. The decision to ignore canon is inspired; these are fictional characters, and writers can do whatever they want with them. Writers David Gordon Green and Danny McBride wisely ignore forty years of nonsense that cribbed from the familial twists of THE EMPIRE STRIKES BACK, introduced a cult that taught Michael Myers how to drive, and completely ignored that Myers hasn’t had eyeballs since 1978. The filmmakers behind the HALLOWEEN sequels impressively convoluted the most simple of concepts: a masked man murders babysitters on Halloween night. That said, being the best HALLOWEEN sequel is a decidedly low bar, and for a film that does away with the mess of the HALLOWEEN series, this newest entry surprisingly makes a lot of the same mistakes. Jamie Lee Curtis’ return as Laurie Strode—the heart of HALLOWEEN—is the real treat in the latest film and brings some soul to the by-the-numbers proceedings.

The new HALLOWEEN is essentially THE SHAPE AWAKENS, a soft reboot of the HALLOWEEN franchise akin to what J.J. Abrams did with his STAR WARS entry. There’s even a slick sense of visual rhyming that Green brings to HALLOWEEN, offering new takes on classic shots and setups from the original film. Picking up forty years after “the night he came home,” HALLOWEEN opens with two investigative journalists researching that brutal Halloween night that left five people dead and Laurie Strode (Jamie Lee Curtis) as the only survivor. The journalists visit the Smith’s Grove mental institution where Michael Myers has been held since 1978 in an attempt to interview the man behind the infamous “babysitter murders.” The cold open provides genuinely creepy imagery, with mental patients hooting and hollering and Myers remaining silent as he has done for the past forty years.

The next stop is Laurie Strode’s compound where the quintessential final girl has been prepping for Myers’ return. It’s revealed that that fateful night left Laurie in shambles. A once broken woman, Laurie recalls Linda Hamilton’s Sarah Connor in TERMINATOR 2: JUDGMENT DAY: a survivor who’s intent on never going through that hell again, and is training her daughter to protect herself. Curtis—who has returned as Strode three times before—slips right into the role, like her original J.C. Penney separates. She paints strode as a survivor dealing with a life long trauma: rough around the edges, paranoid. It’s a question that’s rarely taken seriously in horror films, the plight of the survivor and how they lived the rest of their life after the night is over and the killer is hauled away. We learn that Strode spent her life preparing her young daughter Karen—played as an adult by Judy Greer—before social services took her away. Karen is now living in Haddonfield, living a relatively normal life with a husband and daughter of her own, coping with her relationship with her estranged mother.

The relationship between Laurie and Greer is the most interesting in the film—even more interesting that that of Laurie and Michael—and unfortunately gets the short shrift. HALLOWEEN could have leaned into more adult themes, exploring the stressed relationship between Curtis’ survivalist mother and Greer as her adult daughter, while still delivering the goods that audiences want from a HALLOWEEN film—tension, scares, and laughs. Unfortunately, the film focuses too much on the granddaughter and her unlikable teenage friends. The touch of the original film’s co-writer Debra Hill is sorely missed than in the crafting of these characters. Missing is the authentic banter between friends, the original film’s Curtis, Nancy Loomis, and P.J. Soles. instead, the crew of teenagers feel stock and underdeveloped. There’s a sense that “it’s a HALLOWEEN film, so let’s slaughter some teenagers.” 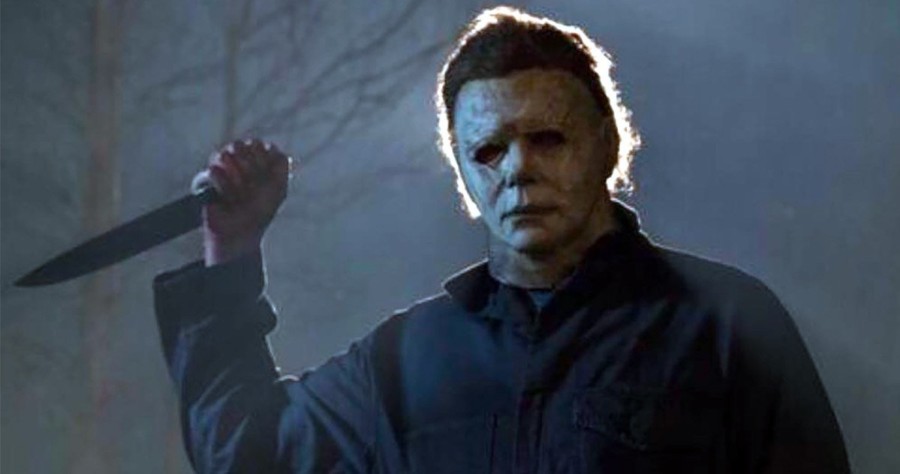 Every time Curtis-or even Michael Myers-aren’t on screen, HALLOWEEN feels like it’s lost. Humor and horror are similar in their execution—the way they set up and release—and for the most part, the jokier sections of HALLOWEEN work. But while there are certainly some very taut and tense moments, there seems to be a preoccupation with gore that recalls the worst parts of the HALLOWEEN sequels that McBride and Green were so intent on ignoring. There’s even a slight attempt at explaining Myers which is completely unnecessary. Green’s got some flair behind the camera (he pulls off a slick single tracking shot) but he’s not as adept at building that suspense that propels the original film. John Carpenter’s film was intent on building tension leading up to the murders, subscribing to Hitchcock’s bomb “under the table theory” and showing very little blood. The new film generally cuts away from the act of murder, but attempts to pay off the audience with the bloody aftermath. The kills are certainly gory, but really, not all that memorable. The meandering pace slows down the middle section of the movie, and while the third act is absolutely the best showdown between Laurie and Michael (out of three) since she stabbed out his eye with a hanger, it lacks the visceral quality that propels the climax of the original film. The audience never gets that sense of Myers as a “force of nature” that Carpenter always described him as. The soul of the film is the conflict between Laurie and Michael, and despite a mostly thrilling climax that gives both Curtis and Greer some gangbusters moments, the finale doesn’t reach the heights of arguably one of the best moments of the sequels, when Laurie unceremoniously decapitates Myers at the end of HALLOWEEN: H20. Laurie—and in turn the audience—doesn’t get that payoff that the film feels like it’s leading up to. It just feels like a setup for another sequel…that future filmmakers may very well end up ignoring.

All that being said, HALLOWEEN is the best HALLOWEEN sequel audiences are probably ever going to get. It provides perfectly adequate scares for a night out at the movies, and a a louder, heavier score from John Carpenter, Cody Carpenter, and Daniel Davies that recalls Alan Howarth’s work on HALLOWEEN II. Unfortunately,  it whiffs on the promise of the character of Laurie Strode that Jamie Lee Curtis has embodied for forty years. Perhaps it’s a testament to the power of the original film that no sequel or reboot will ever be as effective as the night he came home.