TRENCH 11 is a unique bunker movie in that it uses the trenches and tunnels of World War I to effectively create a setting of dread and claustrophobia. As Allied troops delve deeper into an abandoned bunker, they soon discover a fatal parasite created by the Germans, which ratchets up the tension and suspense. And when one of their own becomes infected, they must scramble to both survive and contain the deadly threat. Daily Grindhouse caught up with director Leo Scherman to talk about the film. 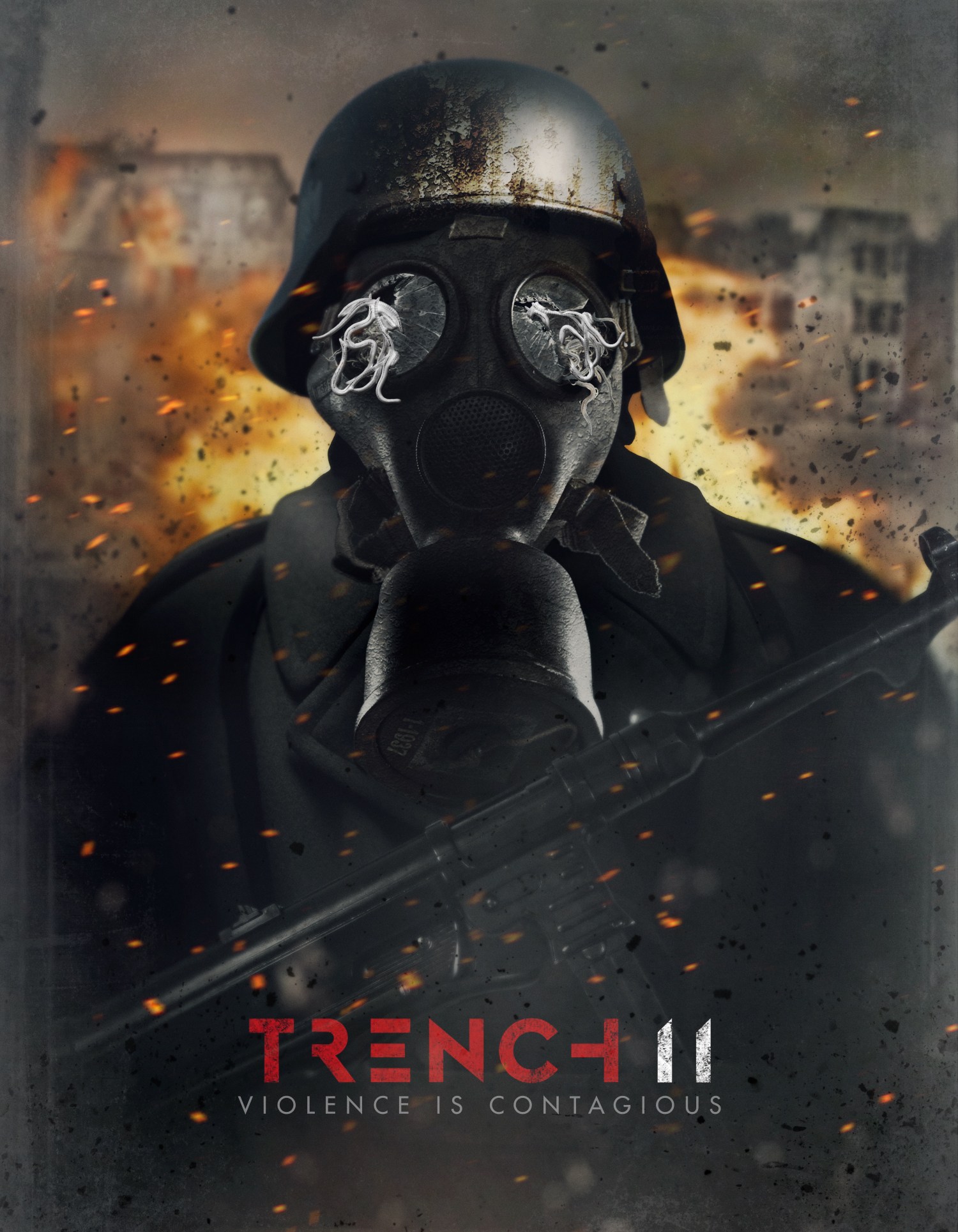 Daily Grindhouse: What inspired you to come up with this idea?

Leo Scherman: Well, I’ve always been haunted by World War I. When you look at old photos they’re so surreal and horrific, so I thought that would be a perfect setting. My co-writer, Matt Booi, worked on World I War documentaries and especially those focused on the underground war fought in the trenches. I thought, what a perfect way to tell a horror story.

Leo Scherman: Very positive, he is a good friend. I deferred to him in a lot of specifics, because he has such a rich knowledge and could make the details more accurate. I feel like that’s not my strength, I’m more of a storyteller and not always a great writer. He was able to get so many details of the history and characters right.

Daily Grindhouse: Did you do a lot of research into World War I to prepare?

Leo Scherman: Matt had done so much at such a high level for documentaries that I would just ask him for more details to keep it as historically accurate as possible. I felt like this would make it more unique and scarier. I really had to play to catch up with him. And I made sure I had all my collaborators, like my camera crew, focused on that accuracy.

Daily Grindhouse: What was it like to work with the effects for the parasites?

Leo Scherman: All that credit goes to my effects designer, who is a world-class talent. I knew I wanted old-school practical effects to serve the subject matter well. We were talking about references like THE THING or AN AMERICAN WEREWOLF IN LONDON. We wanted to keep it within the realm of reality, like what would someone infected’s skin look like, face look like, etc.

Daily Grindhouse: You touched upon this a bit, but what other movies may have influenced this one?

Leo Scherman: Well, Martin Scorsese is more of an influence on me than anyone. But you don’t see that a lot here. Movies like THE THING, or the original ALIEN, in terms of their setting, story form and the way the suspense plays out, are all influences. And William Friedkin, of course, THE EXORCIST. And David Cronenberg. Of course, as a Canadian, David Cronenberg is an influence [on me].

Daily Grindhouse: How did you put together your setting for the trenches?

Leo Scherman: Well, we built it. There was no existing structure that would make sense. So we built it from scratch. It was in an old abandoned warehouse. Those tunnel systems actually exist, so we followed historical references to try to be accurate. But yeah, we had to build it above-ground in that warehouse so we wouldn’t end up buried alive.

Daily Grindhouse: How is this different from past projects you’ve done?

Leo Scherman: Well when I started as a director projects were more like chores. I’ve done lots of other things like dark comedy, documentary, the show Scare Tactics, all different things if you look at my resume. But this was a more personal project. If I could have done it 10 years ago, I would have. This was more challenging because I had to stay within the suspense-drama of it.