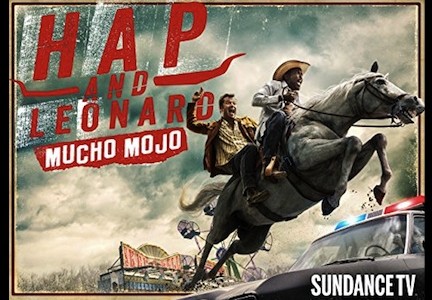 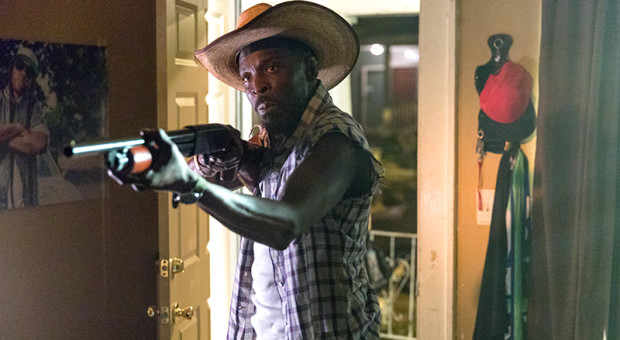 “It was easier for me bein’ black in Vietnam than it is in my own damn country.” – Leonard Pine

You have to admire Hap and Leonard for never shying away from how the ugly history of racism in this country impacts the present (or in this case, late ’80s East Texas). Holy Mojo opens and closes with two different images of children at an all black church. While the opening segment set in the early part of the 20th century of Klansmen burning the church with almost all of the children inside and hanging the minister from a tree is horrifying, the final shot of the episode—of a picture of those same children and the minister is heartbreaking when it becomes clear that Meemaw was the little girl who witnessed the murder.

In between those two moments, the mystery plot slows down a little as this episode serves as a very good glimpse at the simmering rage that drives Leonard and even the seemingly easy-going Hap. Not surprisingly, by the end of the episode, that rage makes things just a little worse for all involved (aside from Hap and Florida finally succumbing to passion in a scene that was surprisingly sexy).

After finding Ilium’s body in his van half-submerged in the pond, Hap and Leonard make the questionable choice of sinking the van the rest of the way. Considering how things went the last time, it is understandable that the last thing Leonard wants to do is report the discovery of another dead body, but it means hiding that discovery from Florida, as well as everyone else. 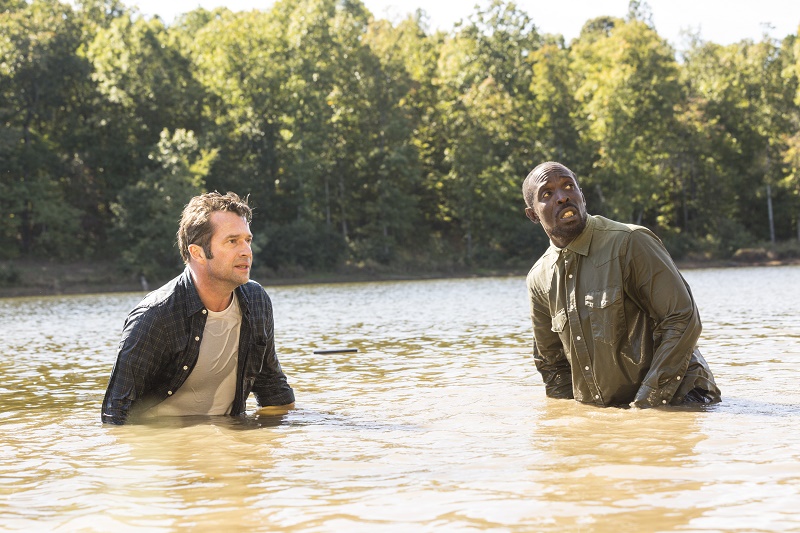 One positive that did come about this week is that Ivan did not follow through on his mission to plant evidence (that turned out to be human bones) in Leonard’s home. But even that positive turns into a negative as Ivan pays for his loyalty to Leonard when Melton (Sedale Threatt Jr.) and thorough-piece-of-shit-corrupt-cop Sneed (Evan Gamble) snatch the boy away and shoot him full of drugs.

Thus continues the frustrating nature of fighting for justice against an entrenched, powerful, and corrupt system. As Florida says at one point when she implores Hap to tell her the full truth about Ilium, “Do you want your friend to go to jail? Because, he will. As good as I am, as weak as their case is.” It doesn’t matter that Leonard is innocent. All that matters is that he is black and the police and local judiciary are largely racist white men. The form of lynching planned for Leonard is not as blunt as the one seen at the beginning of the episode, but it is just as effective in spreading fear and asserting the dominance of those in charge.

Where Holy Mojo really excels is in showing the dark places that Hap and Leonard are capable of going when pushed and the tenderness in Hap’s heart that helps hide that darkness.

The wild goose chase for the source of the gate that the still unknown murder victim was tied to leads to one of those scenes this show does so well of starting out funny and awkward before gaining some honestly earned sentimentality. It culminates in a moment that shows Hap at his best as he comforts the mother of one of the missing children. It is sweet and sad and perfectly played by Purefoy. The brilliant thing is the way that Leonard mocks the moment later in an attempt at covering up his own emotional vulnerability. Let it never be said the writers of this show do not understand these characters inside and out.

But that lovely moment is a brief respite in an exceedingly bleak episode that initially seems to find its peak as Hap comes within a split second of beating Judge Otis with a tire iron. It turns out that threat of violence was nothing compared to Leonard’s actions that end the episode.

It has been mentioned a few times in the series’ run that Leonard is a Vietnam Veteran. As the cliché goes, war changes people. As a corrupt police force boxes him in, the more Leonard is starting to treat the situation like a war. Not only does he assault Sneed and threaten to electrocute him (not exactly prudent considering the situation he faces), he burns down Melton’s crack house in retaliation for everything that has happened this season, but especially for what has been done to Ivan. There is no avoiding going back to jail for those two actions, but Leonard is beyond caring. If the system is rigged, why try to play within its rules? 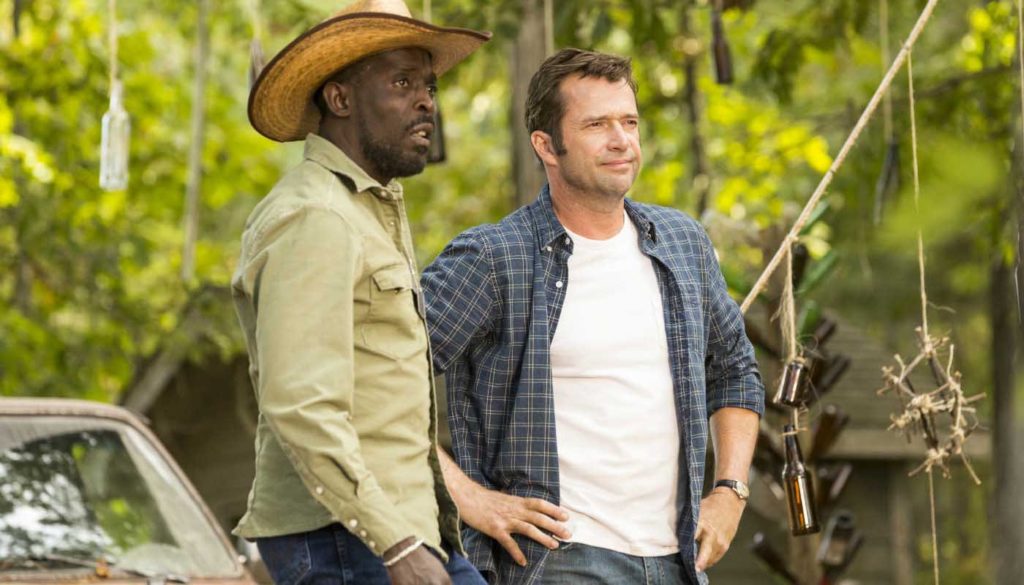 While it was largely missing Hap and Leonard’s back-and-forth banter and therefore was more serious in tone, this was my favorite episode of the season. Most of this is due to the direct connections being drawn between the past and the present. But just as much of my enjoyment came from watching Williams find new wrinkles in Leonard’s personality by allowing his sarcasm to lose all sense of humor and become even more menacing and the take-charge attitude that Tiffany Mack is giving Florida.

I would love to see the rest of this season follow the template set in Holy Mojo. There is plenty of room in this series for the pulpy mystery to co-exist with a deeper exploration of the characters. Maybe we could even get more than a brief one or two scene appearance from Cranston Johnson’s Det. Hanson, or is that too much to ask?

NOTE: Since I will be covering the Chattanooga Film Festival next week, my look at the next episode will be delayed for a week.

Hap and Leonard airs on the Sundance Channel, on Wednesday nights at 10:00 Eastern time. Season One is currently streaming on Netflix. The first two episodes of Season Two are available to stream now at Sundance.tv!