“Whatever happened to live and let live?” – Leonard Pine

Welcome to Daily Grindhouse’s Season Two coverage of Hap and Leonard! To prepare for this season, I revisited Season one and re-read my coverage of it over the last week. What I noticed is that I did the series a bit of a disservice by re-reading Joe R. Lansdale’s Savage Season, the source material for that season, just before the series premiered. I thoroughly enjoyed the first season, but I have been a longtime fan of Lansdale’s Hap & Leonard novels, so I wound up comparing the series to the book too often. In the hopes of maintaining a little bit of surprise when it comes to the Season Two episodes, I refrained from re-reading Mucho Mojo, the novel on which this season is based. I think I made the wise choice.

Season Two finds John Wirth taking over as showrunner from series executive producer and co-adaptor for the small screen, Jim Mickle. Considering Mickle’s expanding big screen career as a writer/director, this is not exactly surprising. Since Mickle and his writing/producing partner Nick Damici are staying on as executive producers and writers and Lansdale is still on board as an executive producer, I am not concerned about the direction of the show. After all, the novels still provide a steady guidebook for the series and James Purefoy and Michael Kenneth Williams are back as the titular duo, so I do not see how much can go wrong. Mucho Mojo rewarded my trust.

After a stylish and creepy opening sequence that features a young boy’s body being dumped into a lake by an unseen figure, the script by Mickle and Damici moves quickly to establish this season’s plot and to introduce several new characters. Considering that other than Hap and Leonard, the only returning character from the first season is Raoul (Enrique Murciano), there are a ton of new faces in the cast. 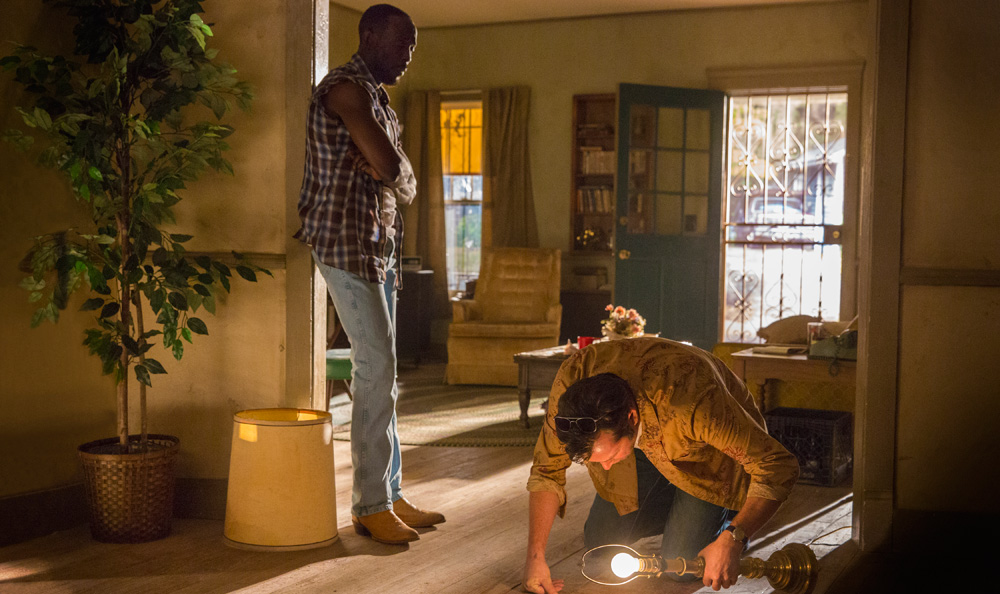 Building off the set up at the end of season one, Leonard discovers the skeleton of a child under the rotten floorboards of his deceased Uncle Chester’s house. Knowing how bad it looks for Chester and possibly himself as a black man in the south, he is reluctant to call the police, but finally does report the discovery. This sets into motion a series of interrogations and insinuations about what Chester might have been up to and how much Leonard might have known about his uncle’s potentially nefarious deeds, finally leading to Leonard’s arrest at the end of the episode.

Along the way, we meet Florida Grange (Tiffany Mack), Leonard’s lawyer and object of Hap’s instant lust; Detective Marvin Hanson (Cranston Johnson) and his partner Charlie (Douglas M. Griffin), the police detectives in charge of the murder investigation; MeMaw (Irma P. Hall), Leonard’s elderly neighbor who acts as a matriarch to her neighborhood, even as she watches it decay due to small town racism, poverty, and the presence of the crack house next door to Leonard; and we get a quick glimpse of Brian Dennehy as Valentine Otis, the (most likely) corrupt sheriff. 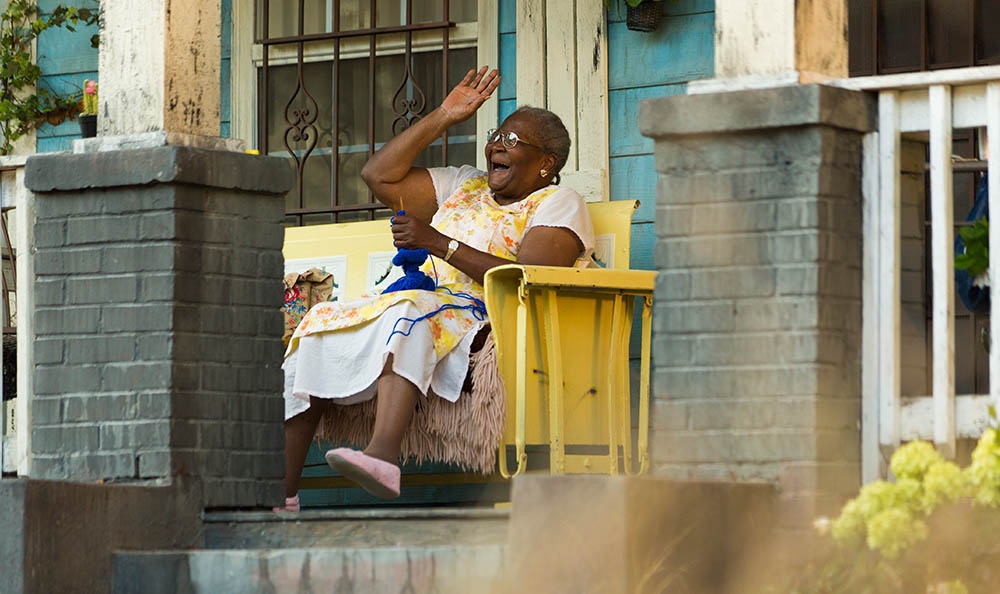 There is a lot of plot to cover in just forty minutes, but Mickle, Damici, and director Maurice Marable manage to find a balance between the pulpy murder investigation and the humor/pathos of Hap and Leonard’s lives. A subplot that finds Hap not sure of what to do with Trudy’s ashes manages to wind from sad to funny to a sweet, cathartic ending, closing out (hopefully) that chapter of Hap’s life. Leonard’s escalating feud with the drug dealers next door is more comedic—with a terrific visual punch line—before taking a turn for the dramatic with the overdose of a boy who can’t be older than twelve or thirteen.

Thankfully, Mucho Mojo finds the series continuing to contrast the light banter between Hap and Leonard with the darker realities of the world they occupy. It is mentioned more than once that the amount of police interest in the investigation depends upon learning what race the murder victim was—the implication being that the murder of a white child is one that has to be solved, but the murder of a black child is easier to ignore until it is forgotten. And Leonard never is allowed to forget that he is not exactly welcomed as a gay man in a small Texas town as MeMaw’s preacher grandson, Reverend Fitzgerald (Dohn Norwood), is quick to point out plenty of Old Testament verses that he interprets as homosexuality being a sin. 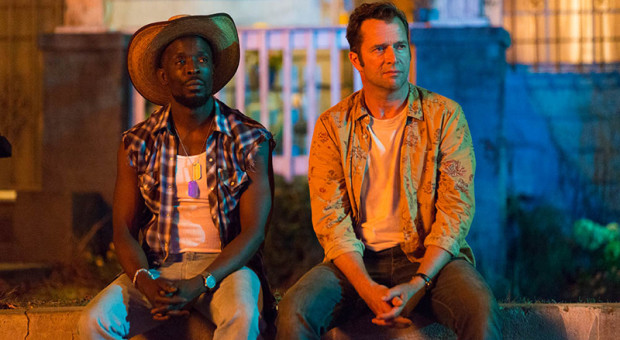 Even with a few moments rushed over (How exactly did Florida become Leonard’s attorney? Are Raoul and Leonard back together or are they still on the break they were taking at the close of the first season?) and the introduction of Hanson limited to a contentious interrogation scene, Mucho Mojo is a great start to the new season. The chemistry between Purefoy and Williams is even sharper than the first season and they seem more confident in their roles. If Mickle, Damici, and Wirth can continue to find ways to condense some of the plot elements from the book to give the characters room to breathe, this promises to be an exciting, funny, and dark season of television.

Hap and Leonard airs on the Sundance Channel, on Wednesday nights at 10:00 Eastern time. Season One is streaming on Netflix. The first two episodes of Season Two are available to stream now at Sundance.tv!