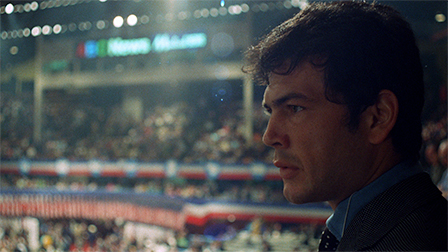 Okay you highfalutin film fans; time to don the monocle and point your pinky finger in the air with a mildly amused look on your face. It’s time once again to jump into the world of Criterion. The classy crew just unleashed their May titles and I like what I see. Along with some well needed Blu-ray upgrades, we have some selections that I am pleased as punch to see get the finest treatment around. Crack open your favorite top shelf spirit and let’s see what’s doin’ under those fancy pants. 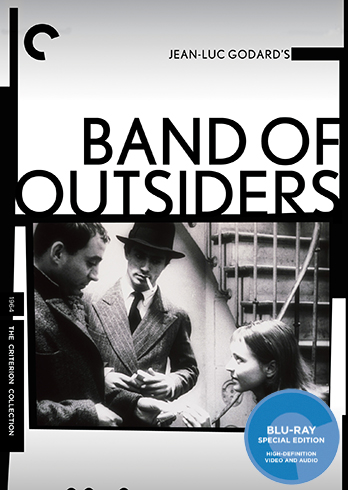 THE SKINNY FROM CRITERION:
Four years after Breathless, Jean-Luc Godard reimagined the gangster film even more radically with Band of Outsiders. In it, two restless young men (Sami Frey and Claude Brasseur) enlist the object of both of their fancies (Anna Karina) to help them commit a robbery—in her own home. This audacious and wildly entertaining French New Wave gem is at once sentimental and insouciant, effervescently romantic and melancholy, and it features some of Godard’s most memorable set pieces, including the headlong race through the Louvre and the unshakeably cool Madison dance sequence.

SPECIAL FEATURES:
New digital master of Gaumont’s recent high-definition restoration, with uncompressed monaural soundtrack on the Blu-ray edition
Visual glossary of references and wordplay found in Band of Outsiders
Exclusive interviews with cinematographer Raoul Coutard and actor Anna Karina
Excerpts from a 1964 interview with director Jean-Luc Godard, including rare behind-the-scenes footage from the film
Filmmaker Agnès Varda’s 1961 silent comedy Les fiancés du pont Mac Donald, starring Godard and Karina and featuring other members of the Band
of Outsiders cast
Godard’s original theatrical trailer and the 2001 U.S. rerelease trailer
PLUS: A booklet featuring an essay by poet and critic Joshua Clover, Godard’s character descriptions for the film’s 1964 press book, and an interview with the director from the same year

MY TWO CENTS:
“This movie was made as a reaction against anything that wasn’t done… It went along with my desire to show that nothing was off limits” said Godard in a 1964 interview. He makes films on his own terms, without limitations or borders. He takes a bat to popular conventions and stays clear of the typical. This film encapsulates everything that I love about Godard and more. BAND OF OUTSIDERS joins BREATHLESS and WEEKEND (also available by Criterion) as one of my favorite films from the legendary director. 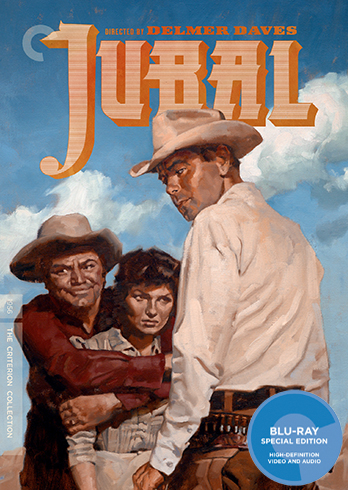 THE SKINNY FROM CRITERION:
A trio of exceptional performances from Glenn Ford, Ernest Borgnine, and Rod Steiger form the center of Jubal, an overlooked Hollywood treasure from genre master Delmer Daves. In this Shakespearean tale of jealousy and betrayal, Ford is an honorable itinerant cattleman, befriended and hired by Borgnine’s bighearted ranch owner despite his unwillingness to talk about his past. When the new hand becomes the target of the flirtatious attentions of the owner’s bored wife (Valerie French) and is entrusted by the boss with a foreman’s responsibilities, his presence at the ranch starts to rankle his shifty fellow cowhand, played by Steiger. The resulting emotional showdown imparts unparalleled psychology intensity to this western, a vivid melodrama featuring expressive location photography in Technicolor and CinemaScope.

MY TWO CENTS:
This is one of two westerns getting the Criterion treatment in May. I have yet to see this film so I can’t add my witless comments. Anxious to get eyeballs on this though. 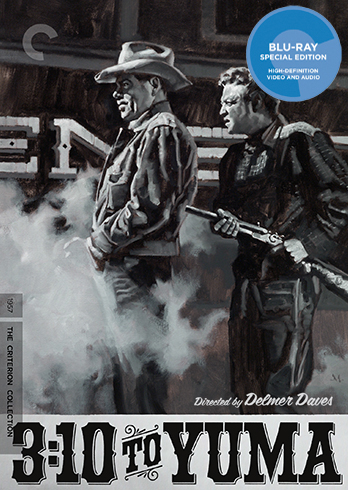 THE SKINNY FROM CRITERION:
In this beautifully shot and acted, psychologically complex western, Van Heflin is a mild-mannered cattle rancher who takes on the task of shepherding a captured outlaw, played with cucumber-cool charisma by Glenn Ford, to the train that will take him to prison. This apparently simple plan turns into a nerve-racking cat-and-mouse game that will test each man’s particular brand of honor. Based on a story by Elmore Leonard, 3:10 to Yuma is a thrilling, humane action movie, directed by the supremely talented studio filmmaker Delmer Daves with intense feeling and precision.

MY TWO CENTS:
This was a surprising pick. I know this film clearly has its admirers but I always found the ending of the film to tarnish everything that came before it. It’s too bogged down in shoulder slapping, awww shucks you’re okay too bullshit. Granted, everything before that is on the mark but I just can’t shake the feeling that Daves took the easy way out on this. Not sure if this is going to be blasphemy or not but I think the 2007 remake is a superior film. 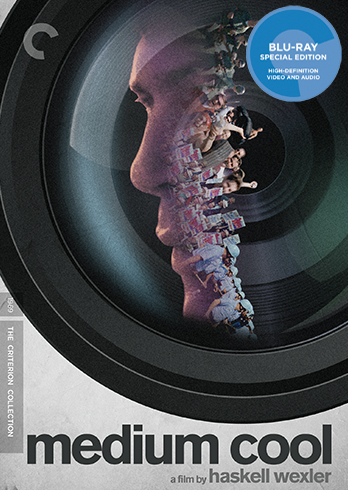 THE SKINNY FROM CRITERION:
It’s 1968, and the whole world is watching. With the U.S. in social upheaval, famed cinematographer Haskell Wexler decided to make a film about what the hell was going on. His debut feature, Medium Cool, plunges us into that moment. With its mix of scripted fiction and seat-of-the-pants documentary technique, this story of the working world and romantic life of a television cameraman (Robert Forster) is a visceral, lasting cinematic snapshot of the era, climaxing with an extended sequence shot right in the middle of the riots surrounding the Democratic National Convention in Chicago. An inventive commentary on the pleasures and dangers of wielding a camera, Medium Cool is as prescient a political film as Hollywood has ever produced.

MY TWO CENTS:
Robert Forster is on Blu-ray from Criterion, do you really need me to break that good shit down for you? This is a flick that is certainly a product of it’s time (1969) but it still strikes some familiar notes. 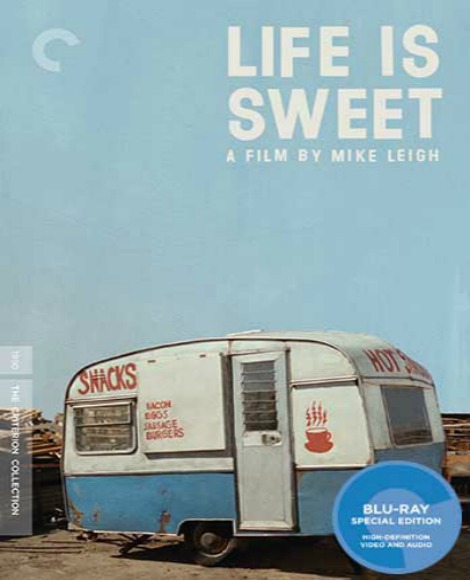 THE SKINNY FROM CRITERION:
This moving film from Mike Leigh is an intimate, invigorating, and amusing portrait of a working-class family in a suburb just north of London—an irrepressible mum and dad (Alison Steadman and Jim Broadbent) and their night-and-day twins, a bookish good girl and a sneering layabout (Claire Skinner and Jane Horrocks). In it, Leigh and his typically brilliant cast create, with extra­ordinary sensitivity and craft, a vivid, lived-in story of ordinary existence, in which even modest dreams (such as the father’s desire to open a food truck) carry enormous weight. Perched on the line between humor and melancholy, Life Is Sweet is captivating, and it was Leigh’s first international sensation.

MY TWO CENTS:
I haven’t had a chance to catch this yet but I don’t think I have seen a Mike Leigh film that I didn’t respond to positively though nothing he has done has reached the fevered dream of NAKED.