Who doesn’t love an advent calendar? Around the Daily Grindhouse virtual offices, we decided the only way to make the advent calendar better is to replace what you might traditionally find behind the door with Christmas horror movies! So everyday from December 1st through to Christmas, we will be highlighting a different movie for our horror-loving readers to celebrate the season. Our film for Day Twenty-one is …ALL THROUGH THE HOUSE from TALES FROM THE CRYPT! 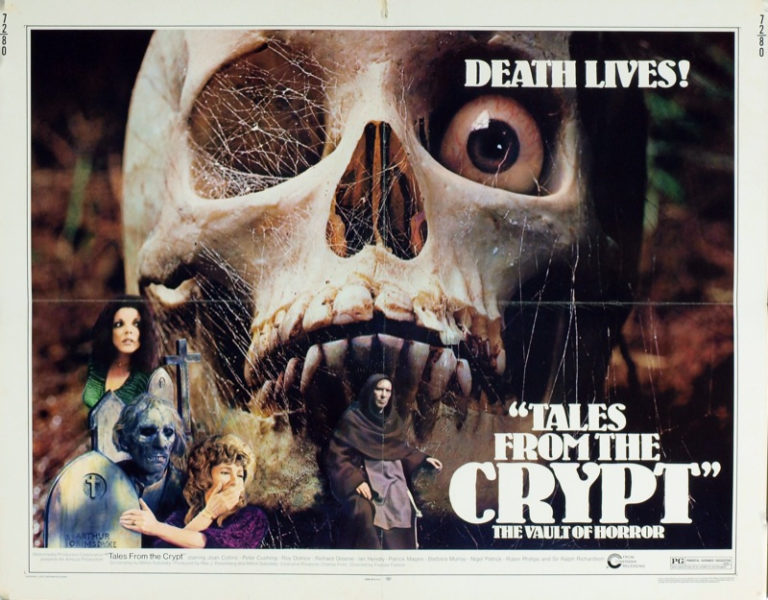 Three days before Christmas in 1949, students at a Catholic school in New York made a bonfire to burn stacks of comic books under the watchful eye of Sister Boniface, a principal with a name that was just made for burning “objectional material.” Attacking comic books for featuring anything but the most chaste, sanitary and educational material had become en vogue, and by the mid-1950s, no horror or crime books would survive from EC Comics, easily the finest company churning out the grue.

Both the court of public opinion and the Senate Subcommittee on Juvenile Delinquency, bolstered by Fredric Wertham’s scare tactics book Seduction of the Innocent, had passed judgement against the four-color world of comics that featured gangsters, hot, deadly women, and, most notably, corpses and morality tales that clawed their own way out of their graves. Pressured into self-censorship under the Comics Code, EC Comics tried its hand at “cleaner comics” for a short spell before giving up the ghost by 1956: Only Alfred E. Neuman would survive. 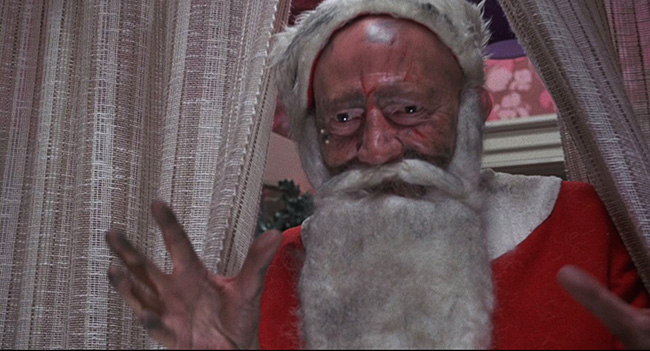 1972 appeared to be the sweet spot for portraying “Santa” as more interested in slaying than sleighing and, most importantly, getting away with it. More than a decade later, an angry raincoat brigade of parents would garner massive amounts of press by protesting the release of SILENT NIGHT, DEADLY NIGHT and its ad campaign’s depiction of a killer Santa. But the early ‘70s? Well, America had a period of looseness in cinema then, and while tweed-clad mothers with pursed lips would and will continue to usher their kids away from the scary stuff, everyone else seemed to be ready for a spooky fun anthology film based on their favorite forbidden comics from childhood, now studded with big-ticket stars on the silver screen.

Directed by Freddie Francis, TALES FROM THE CRYPT contains five tales sandwiched in a classic wraparound segment, each one taken from issues of the comics Tales from the Crypt, The Haunt of Fear, and, in the case of the segment …AND ALL THROUGH THE HOUSE only, The Vault of Horror. An Academy Award-winning cinematographer, Francis became a beloved name to horror fans thanks to his work with Amicus, Tyburn and Hammer studios. TALES FROM THE CRYPT remains the most popular of the Amicus anthologies, and producer, screenwriter and Amicus co-founder Milton Subotsky played it smart by mostly laying off from altering the original stories and just updating a few touches here and there. He’d do much the same in THE VAULT OF HORROR, released the following year. 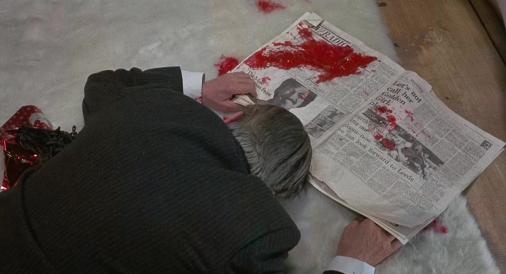 …AND ALL THROUGH THE HOUSE is the film’s first segment. We open in a cozy, stylish home that’s just bursting with traditional Christmas decorations, and the man of the house tucks a last minute present under the Christmas tree for his beloved wife before settling in to read his evening paper. He’s so snug with his drink next to the hearth…before an amazing shot of blood spurting through the newsprint pans up to that beloved wife! Joanne, played by the stunning Joan Collins (who has one of my favorite strange careers of any actress, and I’ll defend EMPIRE OF THE ANTS any day of the week), who has just murdered her husband on Christmas Eve, and her cold and calculated fastidiousness in cleaning up the mess tells us everything we need to know about how easily she was able to instantly become #1 Most Wanted on the Naughty List. She takes a look at his insurance policy before we discover that she straight-up slaughtered her dearly beloved while her young daughter, who’s eagerly awaiting Santa, is upstairs in her room.

Because life is what happens when you’re pulling off a murder, she can barely enjoy her cigarette before the radio announces that “a man described as a homicidal maniac” has escaped an asylum and “may be wearing a Santa Claus costume.” No less than a few seconds later, Ol’ Sanity Clause himself comes a-knocking. Truly, the plight of the modern housewife has to be juggling a corpse, a serial killer and a kid while not being able to call the police because you’d give yourself away. 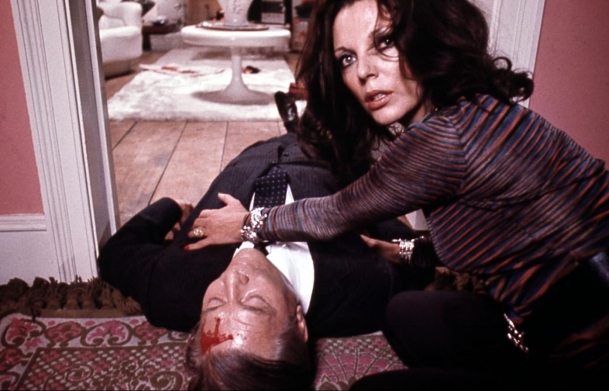 What follows is a glorious construction of scenes that manage to be tense and also kind of charmingly funny as events pile up on poor Ms. Collins like a dinner party gone to hell. It’s a small masterpiece in that, while there is a crazed, killer Santa on the loose, it plays as a mostly silent short film interested more in tension building and psychological torment than blood. While clearly terrified, Joanne never fully loses control or takes her eye off the prize. Lean, mean and topped with one cherry of a classic EC Comics ending (remember the kid?), it’s no wonder that this holiday segment helped the film garner a great reputation with both critics and audiences then and now. If only they could have gone back in time to screen it in the 1950s, but alas.

It’s a must for any Christmas horror rotation along with the adaptation from the first season of the Tales From the Crypt television show, and the rest of the anthology is just as entertaining. In the land of full-length Yuletide horror movies, …AND ALL THROUGH THE HOUSE is the stocking stuffer with the severed foot inside. Happy holidays!

TALES FROM THE CRYPT can currently be found on Amazon Prime and on Blu-ray with VAULT OF HORROR from Scream Factory.