Home  ⁄  The Wire  ⁄  IT’S THE DAILY GRINDHOUSE 2018 HORROR ADVENT CALENDAR! ‘GREMLINS’ IS OUR TWELFTH FILM OF THE MONTH!

Who doesn’t love an advent calendar? Around the Daily Grindhouse virtual offices, we decided the only way to make the advent calendar better is to replace what you might traditionally find behind the door with Christmas horror movies! So everyday from December 1st through to Christmas, we will be highlighting a different movie for our horror-loving readers to celebrate the season. Our film for Day Twelve is GREMLINS! 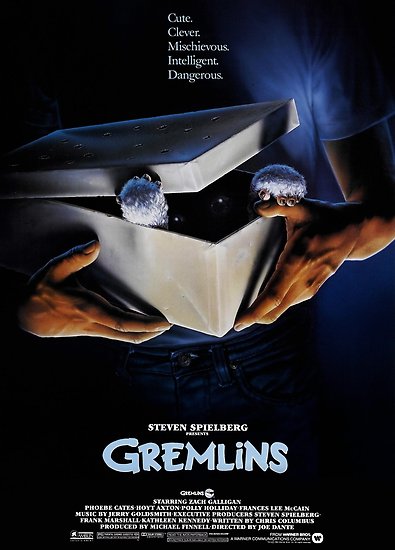 Despite the abundance of colorful decor and cheerful music, a sense of sadness can cover the Christmas holiday like a blanket of snow. A dual nature persists as December may be merry for some but monstrous for others. While classics like A CHRISTMAS CAROL and SCROOGED follow irritable characters who embrace the Christmas spirit shortly before the credits roll, Joe Dante’s GREMLINS welcomes the happiness and the hell that encompass the holiday through a sense of dualism exhibited with creatures that wreak havoc on a small town.

Chris Columbus served as the writer on THE GOONIES and GREMLINS — two pivotal films for anyone who grew up in the ‘80s. Inspired by creepy noises from mice scurrying across his attic and by gremlin folklore dating back to World War II, Columbus penned the script with the goal of showcasing his writing skills as opposed to making a feature-film. However, Steven Spielberg bought the rights and hired horror-comedy pro Joe Dante (PIRANHA, THE HOWLING) to direct. Dante’s knack for juggling scares and laughs is threaded throughout the film while skillfully utilizing backstory, along with creature design, to juxtapose the horror and comedy genres which amalgamate into a marriage of mirth and mayhem. 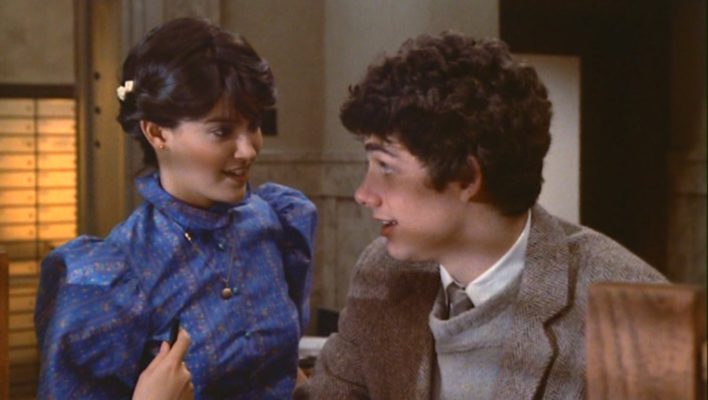 At its core, a love story exists between the protagonist, Billy, (Zach Galligan) and his coworker, Kate (Phoebe Cates). Once Billy’s new pet, Gizmo, reproduces other mogwai that eventually turn into Gremlins, the two lovebirds team up to save their town. Kate eventually discloses that she battles her own demons every year when Christmas emerges. She emphasizes the struggle of the holiday to Billy by stating “The suicide rate is always highest around Christmas” and “While everybody else is opening up their presents, [the suicidal] are opening up their wrists.” Kate also divulges that her father passed away on Christmas, when he slid down the chimney dressed as Santa Claus hoping to surprise the family with gifts — his neck breaking on the downward fall. This scene was deemed too dark by Spielberg and was upsetting for some viewers. However, Dante was adamant about its presence because it encompassed the film as a whole and represented the optimal combination of horrific and comedic elements. Yet the movie is still milder than the original script, which contained scenes of Billy coming home to his mother’s head rolling down the stairs, as well as the Gremlins eating his beloved dog, Barney. 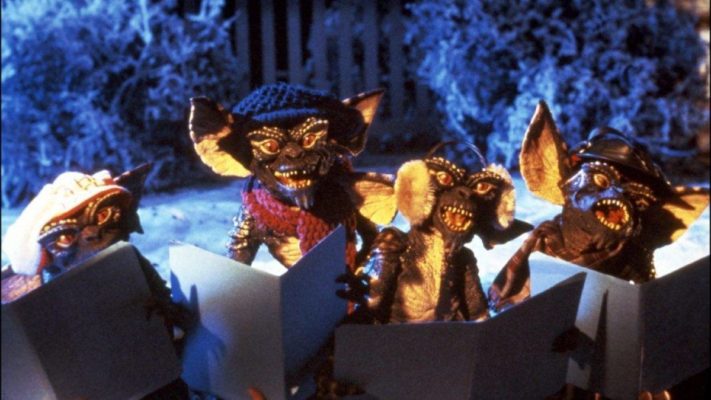 To further emphasize dualism, the creatures that terrorize Kingston Falls needed to be both adorable and loving, as well as scary and dangerous. Thankfully, the ‘80s were known for their supreme practical effects and innovative puppetry, which made low-budget films all the more tactile. Make-up artist Chris Walas was the lead designer who created the mogwai and the Gremlins (the evil beings that formed whenever a mogwai was fed after midnight). Gizmo was based off Warner Brothers cartoons, in order to convey a range of emotional depth, and his appearance was modeled after dogs, complete with doe-eyes and fluffy fur. Balloons were also ingeniously used to showcase the new mogwais popping out of Gizmo’s back, as well as when a Gremlin met its explosive demise in a microwave.

In a behind-the-scenes interview, Dante stated gremlins are a lot like children in the sense that “they start off real lovable, and they get a little more horrible.” The same can ring true with Christmas itself. While the holiday may be filled with magic and excitement as a child, the atmosphere drastically changes in adulthood. Regardless, GREMLINS is a movie that continuously gets better with age, and can ultimately be enjoyed no matter how happy or how hellish your holiday festivities may be. 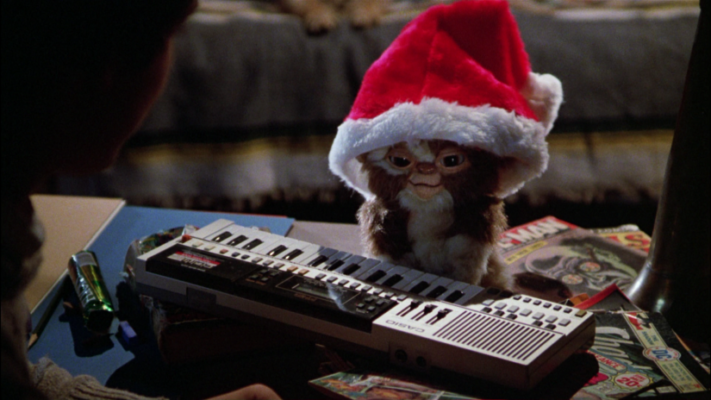 Marisa Mirabal
Hailing from the Lone Star State, Marisa is a cinephile who possesses a zeal for horror, Halloween, and playing her records backward more times than she probably should. Her love for practical effects, creature features, and film scores can be traced back to the video store aisles of the late '80s. She is also a contributing writer for Birth.Movies.Death., /Film, Collider, and Horrornews.net.
Latest posts by Marisa Mirabal (see all)
Please Share