Who doesn’t love an advent calendar? Around the Daily Grindhouse virtual offices, we decided the only way to make the advent calendar better is to replace what you might traditionally find behind the door with Christmas horror movies! So everyday from December 1st through to Christmas, we will be highlighting a different movie for our horror-loving readers to celebrate the season. Our film for Day Six is P2! 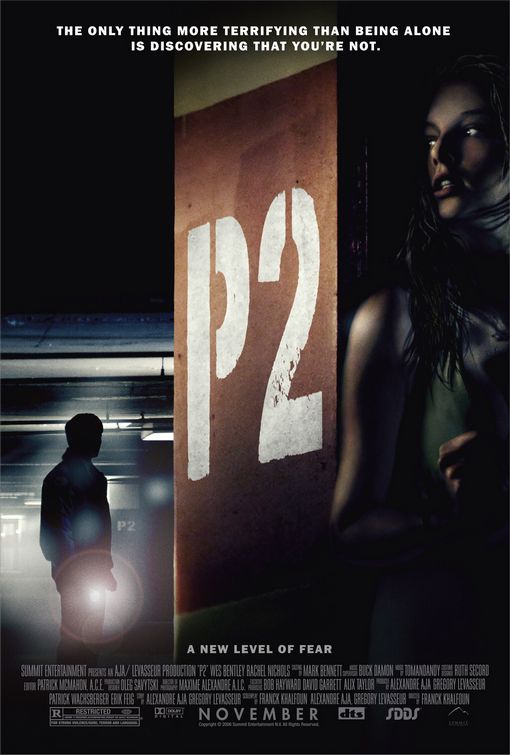 It’s best not to go into much detail about the somewhat shockingly satisfying (at least, it was for me) 2007 horror thriller P2 to preserve the surprises. I can sum it up quickly enough: it’s Christmas Eve, and Angela (Rachel Nichols) gets stuck in the parking garage of the office building she works in and it turns out that Thomas (Wes Bentley), the security guard on duty, has taken too much of an interest in her. Things that could charitably be described as less than pleasant ensue, and the cat and mouse game officially begins. That’s all you really need know in terms of setup.

It certainly ain’t that there’s plot twists left and right or that you’ll be shown sights you’ve never seen; rather, it’s simply that as you watch the events unfold and experience familiar story beats handled so well by the writers (Alexandre Aja, Gregory Levasseur, and Franck Khalfoun) and director Khalfoun, the flick provides a strong sense of welcome comfort in the soul of any horror freak who digs this sort of thing. The joy is in watching all this executed with skill, style, and an obvious love for the genre, as everybody involved is ready and willing to bring their A-game.

Bentley makes for a great psychopath, but it’s Nichols who has the goods. You can see in the early moments dealing with her job that she’s ambitious but not heartless. When she’s thrust into this nightmare she’s confused as most would be but never hopeless, sure that she can count on her intelligence to get her out. As things get progressively worse and worse for her, Angela discovers the resolve within herself that she needs to fight back and get her hands bloody if need be, and Nichols sells it completely.

The garage most of the flick is set in is creepy as hell and just as foreboding as it needs to be without dressing it up like some medieval castle to really go all out. It looks like a place we’ve all been in, but always subtly reminds you that it’s not a place you want to be trapped at night. What you probably want to do is just get the hell on out.  Debuting director Khalfoun proves he knows how to compose a shot and fill it up with all the right details, and thankfully resists going all ADD-seizure-style with things, as was very common at the time.  It’s a refreshing throwback to the suspense/slasher flicks of old. The man doesn’t skimp on the wet stuff, either. There’s only so much of it (this is not a bloodbath in any sense of the word) but when it comes, it’s mighty enjoyable, effective, and more than welcome.

P2 is a chilling, well-done movie that has actual, honest scares. It gets in, does its job, and gets out.  They used to make movies like this all the time–simple yet effective thrillers that were happy to be what they were and didn’t have any pretensions about it. As a bonus, this one’s got a small but deliciously perverse streak of black humor (dig those end credits), so if you want to enjoy a Christmas-set slice of horror fun, you’ll find a hell of a time waiting in this particular stocking. 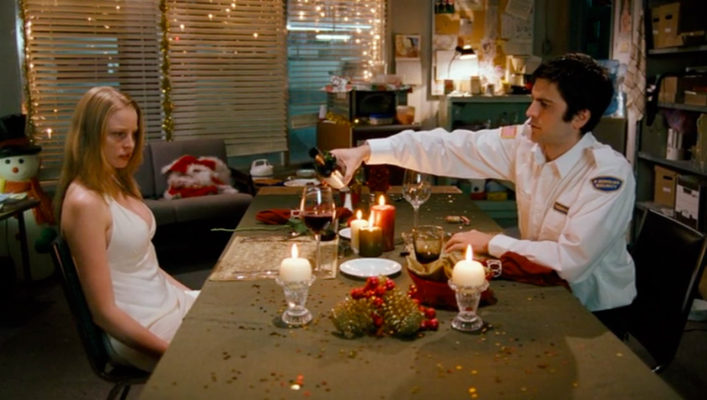