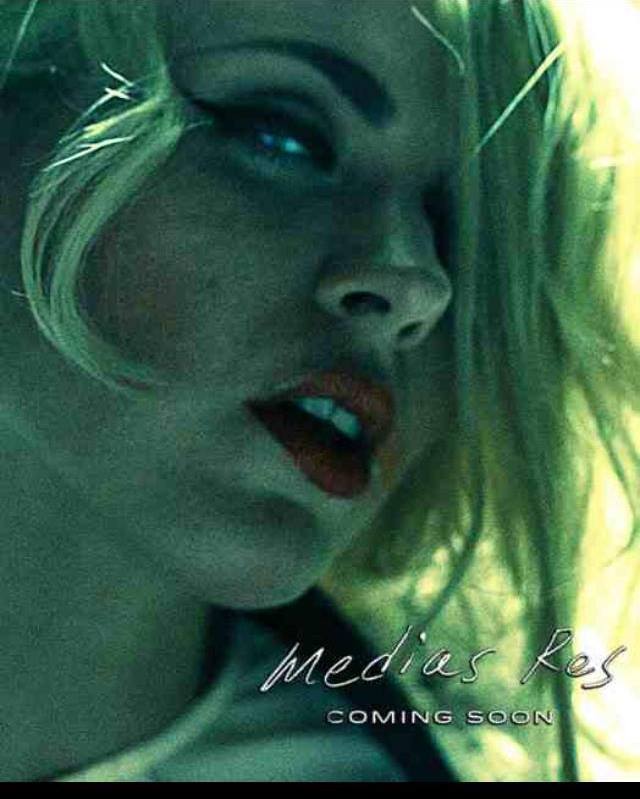 Back in the 2000s, there was no better way for a cinephile to consume a steady diet of indie film than by watching the Independent Film Channel. Sure, they would occasionally slip in arthouse movies from little known studios like Warner Brothers and New Line Cinema, films that were created on budgets that would amount to fourteen times that of a DIY film’s craft services budget. But if you sifted through the big-budget stuff, you could find real low-budget gems that practically tore at the seams of their budget – stuff like Joe Carnahan’s first feature BLOOD, GUTS, BULLETS AND OCTANE, 1997’s RUNNING TIME, or Christopher Nolan’s underseen and underappreciated debut feature, FOLLOWING. Films that bled the indie aesthetic (read – they touched on taboo topics). These films represented a punky, homebrewed life to independent film, and I’m happy to tell you that pulse runs rampant through director Edwin Fernando Gonzalez’s first feature-length film – MEDIAS RES, a dreamy, neon-noir sleeper that will fill the low-budget crime drama sized hole in your heart.

MEDIAS RES is the story of Dave, a salesman who peddles wares out of the trunk of his car in parking lots, while trying to crawl out of a crater of personal debt that’s being lorded over him by his brutish pal, Joe, a drug dealer that’s ready to quit the game. Once Joe floats the idea of jacking cars in affluent neighborhoods as a means to make quick bucks, the duo find themselves embroiled in a kidnapping plot, with drug-dealing, fedora-clad hitmen, shoot-outs, and male prostitutes, and at the center of it all is a gorgeous former teen idol named Summer Hayes, who happens to be married to a very scary gangster who wants Joe and Dave dead. 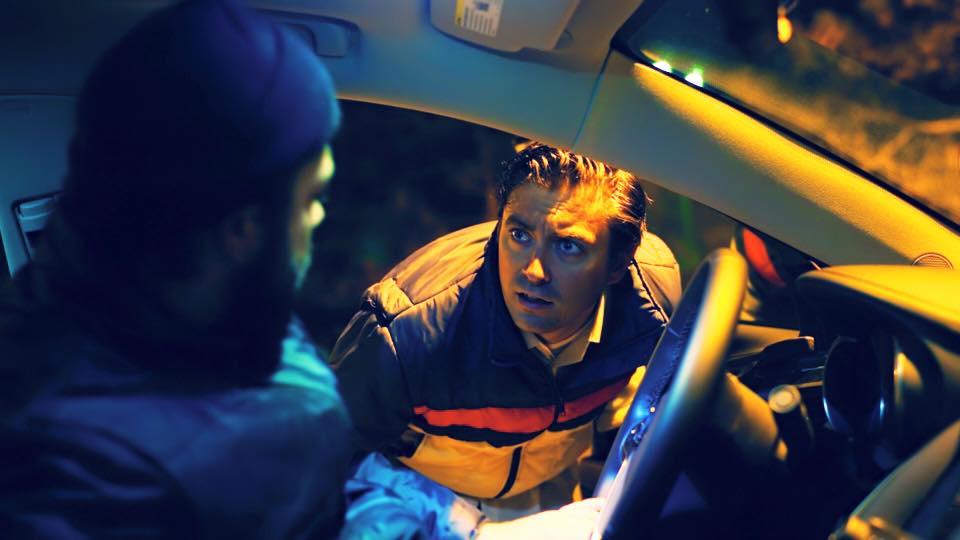 The film is gorgeous, having been lensed by its director – it has absolutely stunning night-time photography that brims with sultry blues, vicious reds and lurid yellows. The score pulses and throbs with the cold, dark heart of 1980s/1990s/2000s indie noir. It’s a glacially-paced film, and I mean this in a good way – you don’t find the film’s rhythm easily, it’s a film that forces you to adjust to its rhythms. It’s the kind of noir where cruel twists of fate lie around every shadowy corner, often carrying sharp knives that are gleefully plunged into the soft backs of our heroes. The script propels us along with talky scenes that trigger our nostalgia for the low-budget indie crime capers that populated the college years for many of us. The film also has quite a bit of scope and depth even if its small budget wants to fight back against the film’s creation at every turn. 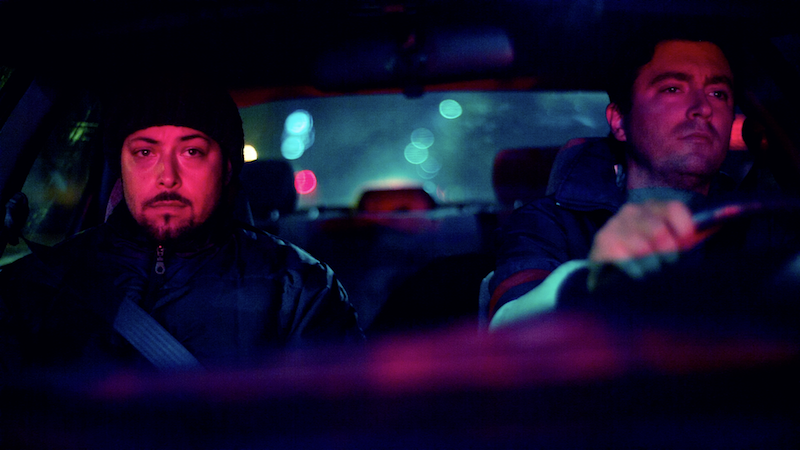 The leads, Mike Delaney and Sarah Coykendall, provide good, natural performances and chemistry at the film’s heart — Delaney being the sleepy and sad guy at the head of the noir — the fellow who always finds himself drowning amidst all the violent drug dealers and criminals in the shadowy underground, but who aspires for more, to get straight and go far. Coykendall is the Hitchcock blonde, the dame who becomes inextricably tied to our hero, and may or may not be tied up in the plot knot at the film’s core. Her sunny and breezy demeanor plays a nice counterbalance to Delaney’s grim, fatalistic performance. 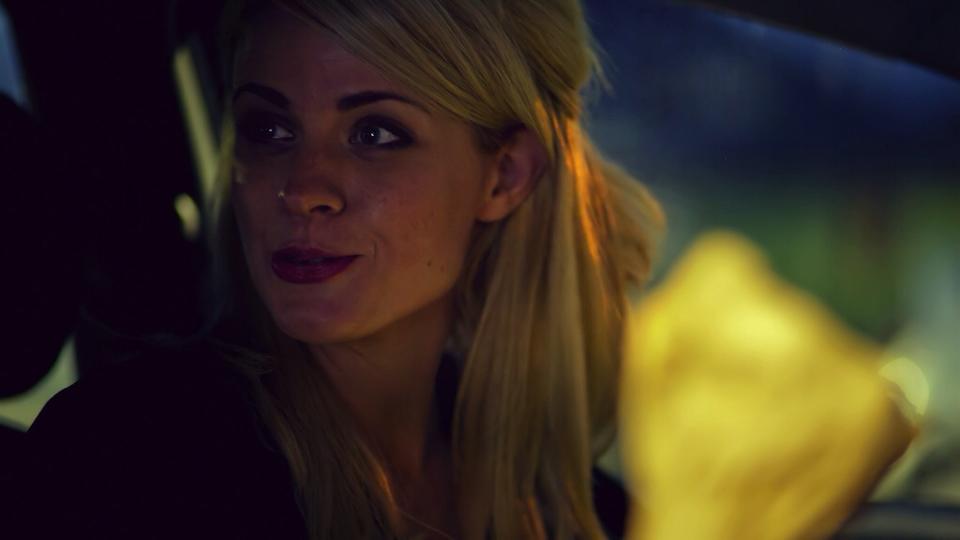 One minor quibble I have with the film is the nature of Joe and Dave’s relationship. I get that Dave owes Joe because he’s letting him sleep on his floor as the movie starts, but the sheer amount of stuff Dave has to go through while in Joe’s debt — driving Joe around to bash up dealers, getting high on potentially fatal drugs, helping him steal cars — that I didn’t see the point of their relationship. It was so toxic, so parasitic, so subservient, (and I mean Joe treats Dave like a servant) that when Dave finally bolts, I was relieved because it meant he could escape this awful relationship. That’s no knock on Joseph Mason’s performance at all – he’s well-rounded as a low-level gangster with the same aspirations as Dave, aspirations that just so happen to rest on the polar opposite end of the crime spectrum.

It’s the kind of film we here at Daily Grindhouse can dig into, and if it can find a distributor who can give it the love and affection it deserves, then it can carve out a nice little niche in the new cult market.

MEDIAS RES will be available to for you to stream in the very near future. Find out more about the film on Facebook.