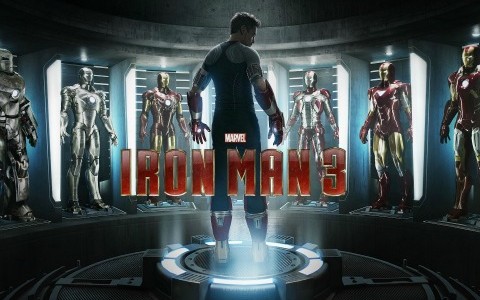 So Latino Review has been on the scoops and stories of the Marvel universe films like white on rice… or purple pants on a big green Hulk… and they beat us all to the punch once again. This time around they have the 411 on which character makes an appearance in the post-credit sequence of Shane Black’s IRON MAN 3. If you guessed Benedict Cumberbatch as Khan, you’re wrong. If you guessed Tom Selleck’s mustache, you’re also wrong (but we like your style). Alright, enough foreplay.

Reporting from the Paris premiere of Shane Black’s IRON MAN 3, one of their spies sent in this breakdown of what he/she saw:

“It starts with a close shot of Tony Stark on a couch talking about his various traumas, obviously he’s talking to someone, as if he was seeing a shrink, the tone of the scene is light and supposedly funny. Then we discover that the person he’s talking to is Bruce Banner/Mark Ruffalo, who fell asleep because of Tony’s boring story. Tony remarks that Banner has been sleeping during the most part of his story and yells at him, and Banner just mumbles and says “You know, I’m not that kind of doctor!” Then Tony recalls another memory and resumes his monologue, and then we see Banner starting to fall asleep again.”

Disappointed it isn’t the Hulk? Well, as Latino Review pointed out, the post-credit sequence for THE AVENGERS was filmed after the premiere so this little write-up they got may be someone who just saw the equivalent of a placeholder. My guess is that is in fact the case. All of the post-credit sequences have been kind of these holy shit moments. The scene above sounds like a bad outtake from THE AVENGERS. It adds nothing to the universe and doesn’t set anything up for a future film. Nobody is walking away from IRON MAN 3 talking about how cool it was to see Stark and Banner hanging out. I buy Banner in IM3, but he isn’t chilling on a couch, right? Place your bets on whether this makes it to the final cut. We’ll find out May 3rd. 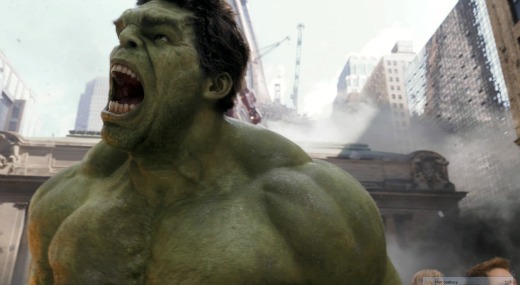