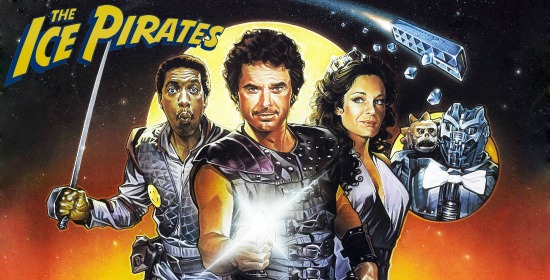 ICE PIRATES, the comedy WATERWORLD was trying to be.

This film shouldn’t have worked. The set-up isn’t great, the director sucks, and critics across the board fucking loathed this picture when it was released, but I’ll be damned if I didn’t laugh just as hard after a recent re-watch as I remembered laughing when this played HBO on a loop back in the day. Could my experience be tainted with nostalgia? I guess, but I think the writing here and the tongue in-cheek performances from Robert Urich, Mary Crosby, and Michael D. Roberts combine to save this from just another throwaway B-film.

This was directed by Stuart Raffill who would forever endear himself to no one with MAC AND ME but it was co-written by Stanford Sherman. Sherman had worked on the BATMAN television show, KRULL and THE MAN FROM U.N.C.L.E.. He knew how to set-up jokes while working within the confines of a ridiculous plot. Sherman walked away from the biz like Keyser Söze after this experience which by all accounts was rough. Raffill continues to make Jesus cry.

As for our boy Robert Urich, well, he should have been a bigger star. It would have been great to see him pounding the big screen with his brand of cool rather than rocking television on a weekly basis. Urich’s big break came after his appearance in the DIRTY HARRY sequel MAGNUM FORCE and after that, though he made the occasional film, he pretty much stayed close to the coax with shows like S.W.A.T., VEGA$, and of course SPENCER FOR HIRE. One thing he rarely had the chance to do was flex the comedic muscle that he clearly had developed at some point. ICE PIRATES is Exhibit A in my attempt to convince you.

If you decide to hit this up, keep your eyes open for an early appearance by Ron Perlman. 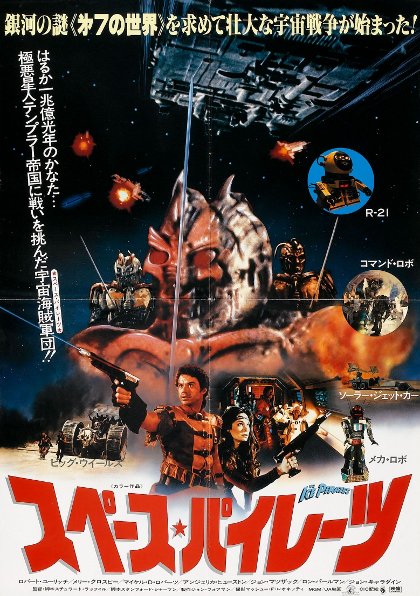 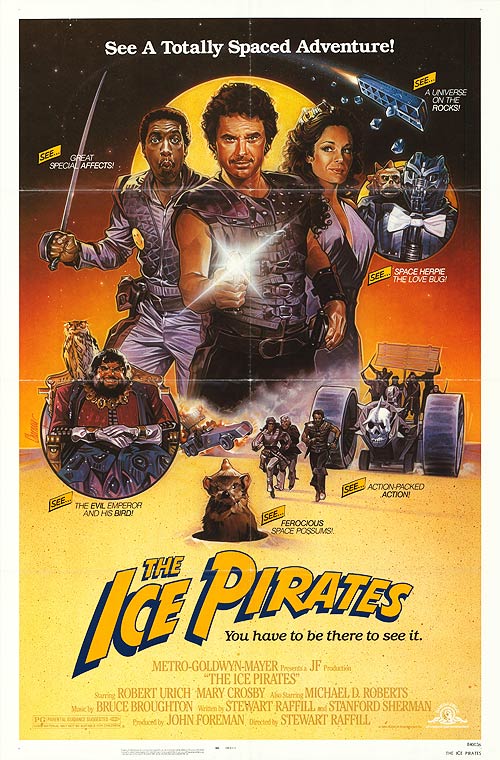