The home invasion subgenre has never been one of my favorites, but when we are talking movies where the home invasion goes sideways on the invaders, I’m all in (give me YOU’RE NEXT over THE STRANGERS any day of the week). It was for this reason that THE OWNERS piqued my interest. And it is because of that affection for this particular type of flick that I ended up feeling let down that the movie eventually becomes the cinematic equivalent of a shrug of the shoulders. 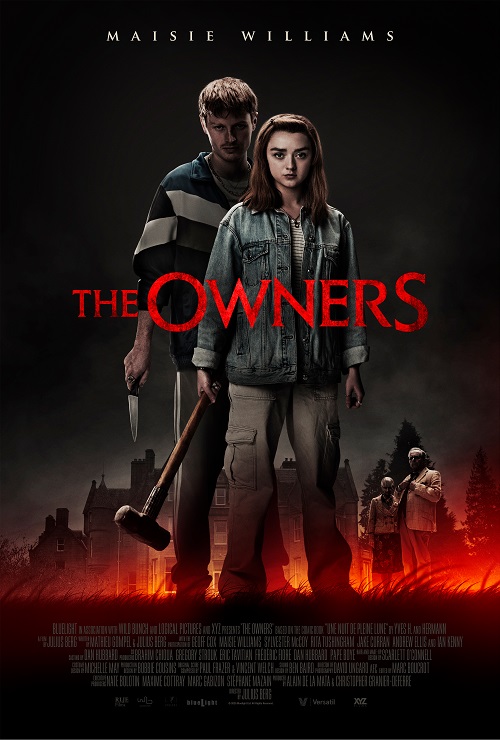 Three genuinely unpleasant criminals living in rural England hatch a plan to break in to the large home of a local doctor, crack the safe he is reputed to have, and then live lavishly on their ill-gotten gains. But even before they can get out of their car, it is obvious these three do not have the skills or discipline to pull off the job. Nathan (Ian Kenny) is a moron incapable of thinking more than half a step ahead who believes he is in charge, Gaz (Jake Curran) is chaotic energy personified and is clearly the one actually in charge, and Terry (Andrew Ellis) is the inside man with cold feet about betraying the kind old couple his mother works for. When Mary (Maisie Williams), Nathan’s girlfriend/conscience shows up to try and talk him out of the break in, Gaz forces her into their scheme. 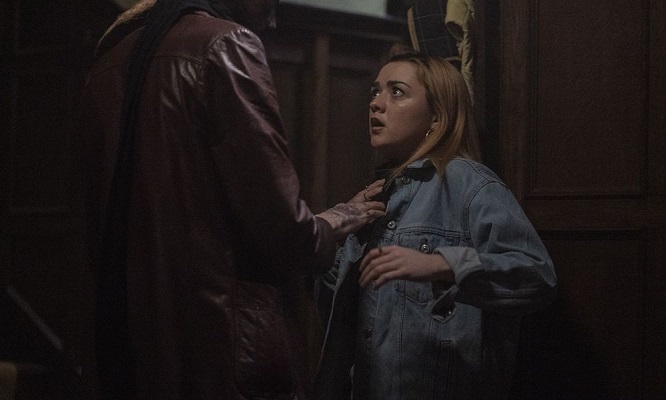 Of course things immediately go off the rails when the doctor (Sylvester McCoy) and his wife Ellen (Rita Tushingham) return home. Gaz officially takes over the situation with predictably bloody consequences, but why is the doctor so willing to put his wife in mortal danger to protect the combination of the safe? And which group is more dangerous: the smiling elderly hostages or the hapless young criminals who are in over their heads? The answers to these questions are not surprising.

I hate to sound like that jaded old horror movie fan who acts like he has seen everything, but that said… I’ve seen everything done in THE OWNERS done better in other films. That is not to say that the movie is poorly made. Technically, it is a very polished little flick, paced quickly by co-writer/director Julius Berg, and the performances all hit the right notes by the uniformly good cast. Yet the result is a movie that settles for watchable before it fades from the memory almost as soon as it ends. 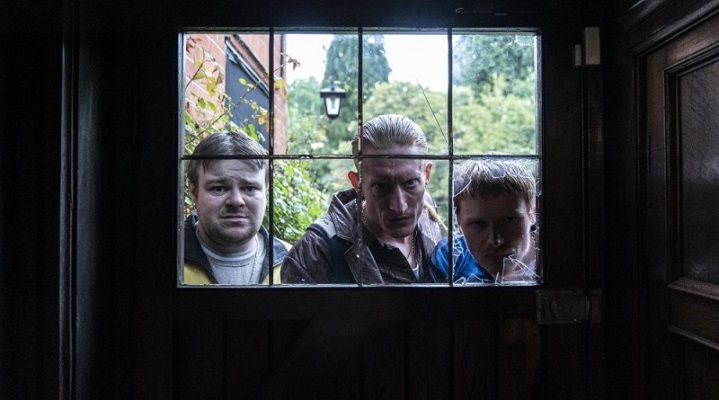 Frustratingly, there are moments in the first act that hint at a more idiosyncratic dark comedy with punches of grisly violence. The banter between the three idiotic crooks manages some deadpan laughs. The same goes for the eccentric behavior of the doctor and Ellen before they reveal their twisted secrets. A scene of impromptu surgery to remove a box cutter from a character’s stomach perfectly straddles the line between gross out comedy and straight up horrifying. But the moments of character comedy and graphic bloodletting are too infrequent, acting more as quick distractions from a prolonged, overly familiar game of cat-and-mouse. 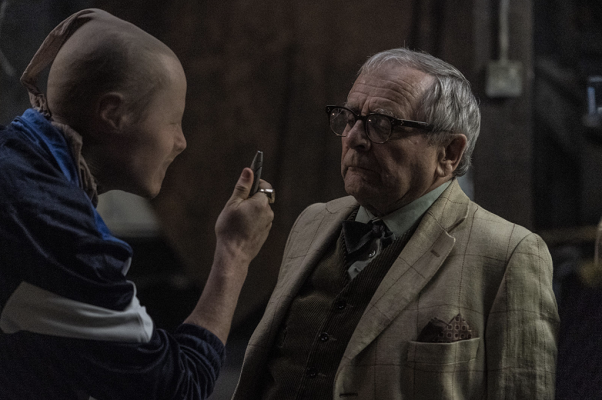 What Berg and co-writer Mathieu Gompel (adapting the 2011 graphic novel Une Nuit de Pleine Lune by Hermann Huppen and Yves H.) have ended up creating is a movie that falls into a genre limbo. It’s not frightening or dread-inducing enough for horror fans, lacks the tension or excitement of a good thriller, and overall isn’t funny enough to work as a dark comedy. It’s too bad because with all the positive elements that are present, THE OWNERS is a real missed opportunity.

THE OWNERS is now playing in select theaters and is available on VOD.