I’m a fan of The New Mutants—by which I mean the ’80s X-Men comic spinoff. I remember discovering them as a kid and being perplexed but utterly fascinated. Firstly, they were young…like me! Secondly, they had odd powers that didn’t make a ton of sense. (Magik was kidnapped and raised by a demon and has a soul sword? Cannonball turns halfway on fire and flies around while talking like a hayseed? Wolfsbane is…basically an Irish werewolf lady?) Thirdly, they had overly complicated dramas (even moreso than the X-Men).

Within a couple dozen of issues, suddenly the New Mutants were joined by cyborg aliens, and encountering Professor X’s mutant son with dissociative personality disorder, and palling around with dimension-hopping rock stars, plus Asgardian gods were involved, and it seemed like a major character died every 20 issues or so. It was high drama with young kids who weren’t flashy superhero types but mostly just awkward weirdos. And I loved it. 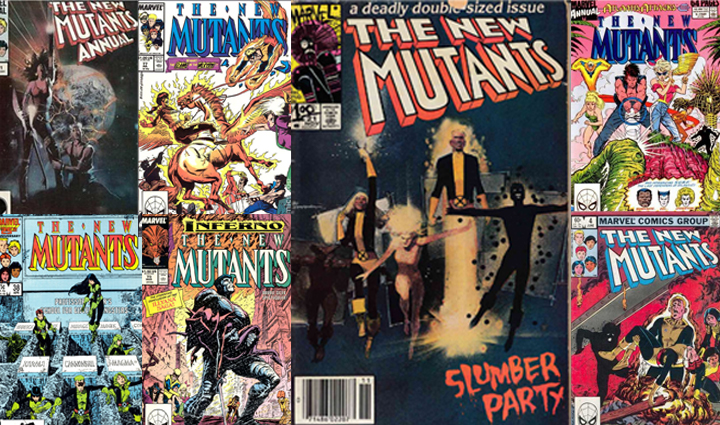 So when THE NEW MUTANTS was announced as a movie, being the fan I am, I was, obviously, deeply concerned. Not worried that this flick would “ruin my childhood”—adaptations/remakes/etc. can’t ever replace what lies on the shelf (or longboxes)—those stories I loved of these oddballs in the ’80s will always be there. I was ill at ease because, with the exception of DEADPOOL, there isn’t one X-MEN (or X-Universe) movie that is good (to me).

Some have more good parts than others; some of the casting is great and there are some cool sequences here and there. DEADPOOL isn’t high art, but it was fun with cool action sequences, quirky humor, and actually delivered on cool mutant stuff (however minimally). Plus it had “Shoop” in it, and that shit is my JAM.

Then I hear that NEW MUTANTS is going for a horror movie vibe, which was very intriguing—but that could just be marketing talk or an attempt to cash in on Stranger Things or other teenage horror crazes. Still, it would be interesting and the people in charge of X-MEN movies, while greenlighting terrible scripts, did allow for a weird metatextual action comedy and an adamantium clad remake of UNFORGIVEN—perhaps there was more experimentation on the side projects and that’s where some good could occur. They dropped the first teaser:

I dug the cast, that dark vibes, some cool imagery, and the best use of “Another Brick In The Wall (Part 2)” since THE FACULTY. Maybe—juuuust maybe—this would be a dope movie. But as a fourth tier vigilante once said, “Don’t…don’t give me hope.” And I was right to be wary of expectations! Because that teaser above was released in October 2017. THE NEW MUTANTS would then get bumped not once (due to DEADPOOL 2), not twice (due to DARK PHOENIX), but now three times (due to the cases of Captain Trips that are sweeping the globe).

Make no mistake—it is absolutely the right call to not have this in theaters or give any excuses for more people to moronically disregard the need for social distancing. But it was finally going to come out on April 3 in theaters and be this oddball movie from the director of THE FAULT IN OUR STARS that could be brilliant, or bad, or bland, or bizarre. In fact, enough time had passed that multiple other teasers and trailers had been released, up to and including this one on March 10, 2020:

But it was not meant to be and, once more, the film finds itself in limbo (Not unlike Illyana!). However, while this could be unfortunate, I believe it offers what could be a singular, and exciting, opportunity:

THE NEW MUTANTS should premiere on Disney+. 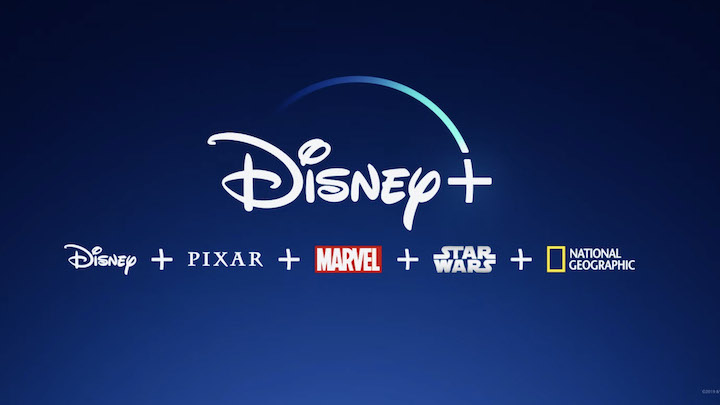 In recent weeks, a bunch of films were expediently moved onto VOD and digital after a few weeks in theaters. But none so far have changed to premiere on a streaming service. And to be clear—this isn’t something that should be attempted for every film that was set to be released in the next couple of months (be they indies, blockbusters, or whatever). As Lulu Wang pointed out while doing awards press for THE FAREWELL—streaming may open up films to different audiences, but it also may make it easier to be lost in the noise of all the other content, or not help the artists involved advance their careers, and a multitude of other fair reasons. But NEW MUTANTS is an interesting and unique case.

Since the film was made in 2017, prior to Disney acquiring Fox, there is no real financial risk to studio for NEW MUTANTS. That is to say, while the media empire would love to make money off of it—Disney doesn’t need to make a ton. If it underperformed at the box office, it would just be seen as a loss inherited with the acquisition (and most of the people in charge of those decisions are gone anyways).

But if Disney is looking for ways to transform this situation into a profitable one—then drive people to buy Disney+ in order to exclusively view this movie (for a few months, then open it up for blu-rays and such because I’m a physical media nerd and I gots to have my discs). 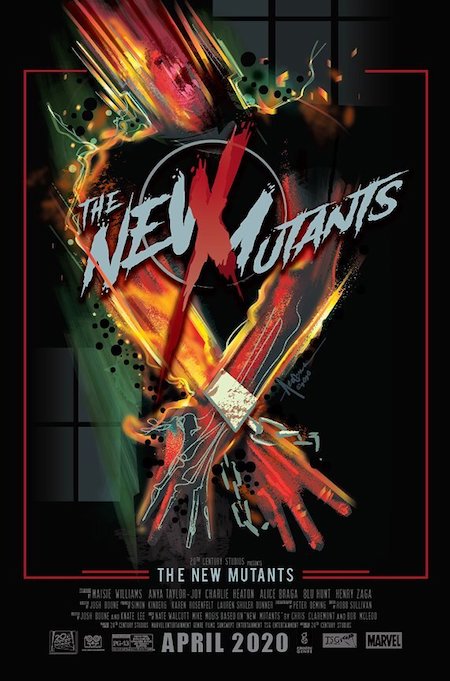 NEW MUTANTS isn’t such a draw that a ton of randoms would sign up for Disney’s streaming service—but it has a few elements that can be played just right to hook more subscribers. Firstly, it’s teen-oriented; a lot of Disney+ stuff seems either for the aging young person or the nostalgic old folks (I presume that is who would be interested in THE APPLE DUMPLING GANG?), while they continue to try to grow out their teen section (through programming like High School: The Musical: The Series).

Secondly, it is ripe for nerds who have been speculating about it for years, and since Disney+ is going to be the home of the vast majority of Marvel content, it slots in with that crowd as well. Does this fit into the MCU? Is this the first salvo into explaining how mutants are part of this whole scene? Who knows! But of course us comic book/superhero dorks are going to tune in to find out. By having NEW MUTANTS on Disney+ (ahead of the MCU shows like The Falcon And The Winter Soldier premiering months from now) it further cements that Disney+ is the home for Marvel content (no matter how odd). 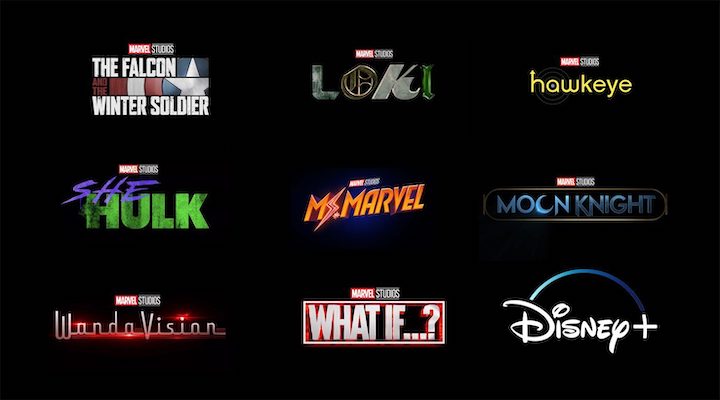 Thirdly, NEW MUTANTS is horror-adjacent. That might make folks balk, as Disney is weird about choosing what is considered family fun and what’s too grown-up. Anakin kills a room full of children in REVENGE OF THE SITH—now on Disney+! But NEW MUTANTS isn’t going to be a Rob Zombie movie or a spandex-clad version of HOSTEL—there will be creepy parts and nightmarish moments, but in the end the kids will have grown closer together to defeat the evil (spoiler alert). Part of the spin is that there is a grand tradition of spooky-ass stuff in Disney films—”Night on Bald Mountain” in FANTASIA, the literal army of the dead in BLACK CAULDRON, that fucked up donkey boy scene in PINOCCHIO, the vast majority of RETURN TO OZ, etc.

Also, Marvel is bringing Moon Knight as a series to Disney+—the former mercenary turned superhero that is the fist of the god of death but might just be insane and in any case loves violence and skinned the face off his nemesis in his FIRST adventure. So don’t talk to me about how there won’t be any dark Marvel properties coming to Disney+! 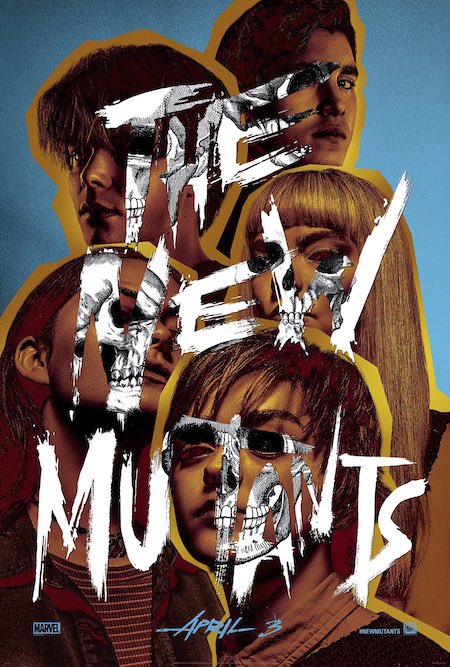 If done right, this could be a great event. Set the movie to “premiere” at a certain date and time and then hype it up for a couple of weeks across social media. Game Of Thrones and Mandalorian proved that people still love water cooler shows, but the dying monoculture makes that less frequent.

So make it a big thing—run up the history of the X-Men, weird mutants that have been in Marvel comics, show clips from the ’90s X-MEN cartoon show or from GENERATION X so NEW MUTANTS will inevitably look better by comparison. Following the “premiere,” stream a live panel with cast, crew, and nerd-friendly celebrities (all social distancing from their own locations).

Ultimately it could be a moment where a nation that is stuck indoors can experience something together and react to it together (in cheers or ridicule)—and that’s honestly not a bad thing given the current climate of our days. I fell in love with these characters as a kid because I was a sickly nerd who didn’t fit in and saw these weirdos being the Good Guys despite everything else about them seeming odd and awkward. Maybe THE NEW MUTANTS can do that for others now. 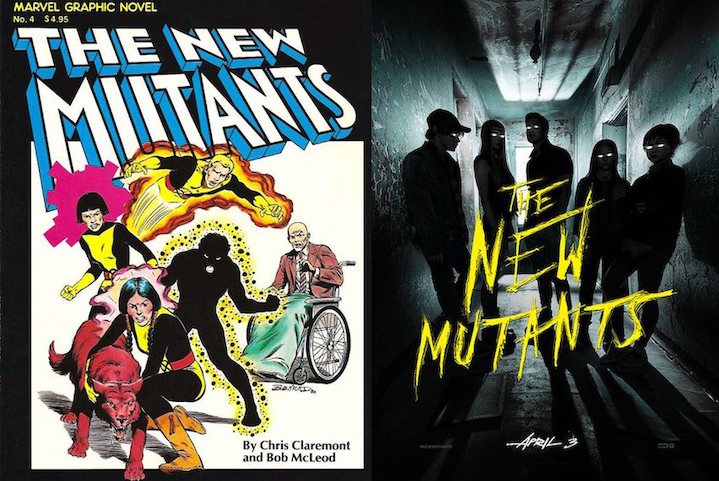