Home  ⁄  The Wire  ⁄  INCREDIBLES 2: A FUN, EXCITING FOLLOW UP TO ONE OF PIXAR’S FINEST

Picking a favorite Pixar movie is a tough one. Right from the start with 1995’s TOY STORY the company hit the ground running and to this day keeps putting out quality content. One of the biggest contenders for a “best” film is often 2004’s THE INCREDIBLES. Brad Bird’s original superhero concept was a wonderful change of pace for the company that forged its own identity in the early days of the superhero movie boom and also showed off just how far Pixar had come from a technical standpoint with a film showcasing a huge variety of characters that weren’t monsters, toys or bugs. It also served as sort of a deconstruction of the superhero concept that almost felt like a much less dark take on WATCHMEN. Despite its success the film never got the sequel people were expecting, at least not as soon as they thought. Within the time frame of INCREDIBLES 2 even being announced a lot has changed. Disney now owns Marvel which means their stable of superhero properties has some major heft to it thanks to the massive success of the MCU, so does their original cast of superheroes have a place in this day and age where comic book movies aren’t a rarity and more of a commonality?

INCREDIBLES 2 doesn’t waste any time. The movie picks up right after the end of the first movie with the superpowered family, along with fan favorite Frozone (Samuel L. Jackson), taking on the villainous Underminer. Things don’t go quite as planned and they find themselves in dire straits until help is offered by Winston Deavor (Bob Odenkirk, wonderfully channeling the charm he had as Saul Goodman from Breaking Bad and Better Call Saul) who wants to bring “supers” back into the public eye to be the heroes they are meant to be. This puts Helen/Elastigirl (Holly Hunter) out into the public eye to prove that superheroes deserve to be back in the world and Bob/Mr. Incredible (Craig T. Nelson) at home with the superpowered kids. Of course, nothing is quite what it seems and Elastigirl finds herself matching wits with a villain known as the Screenslaver, which leads to some of the best set pieces in a film packed with some fantastic ones. 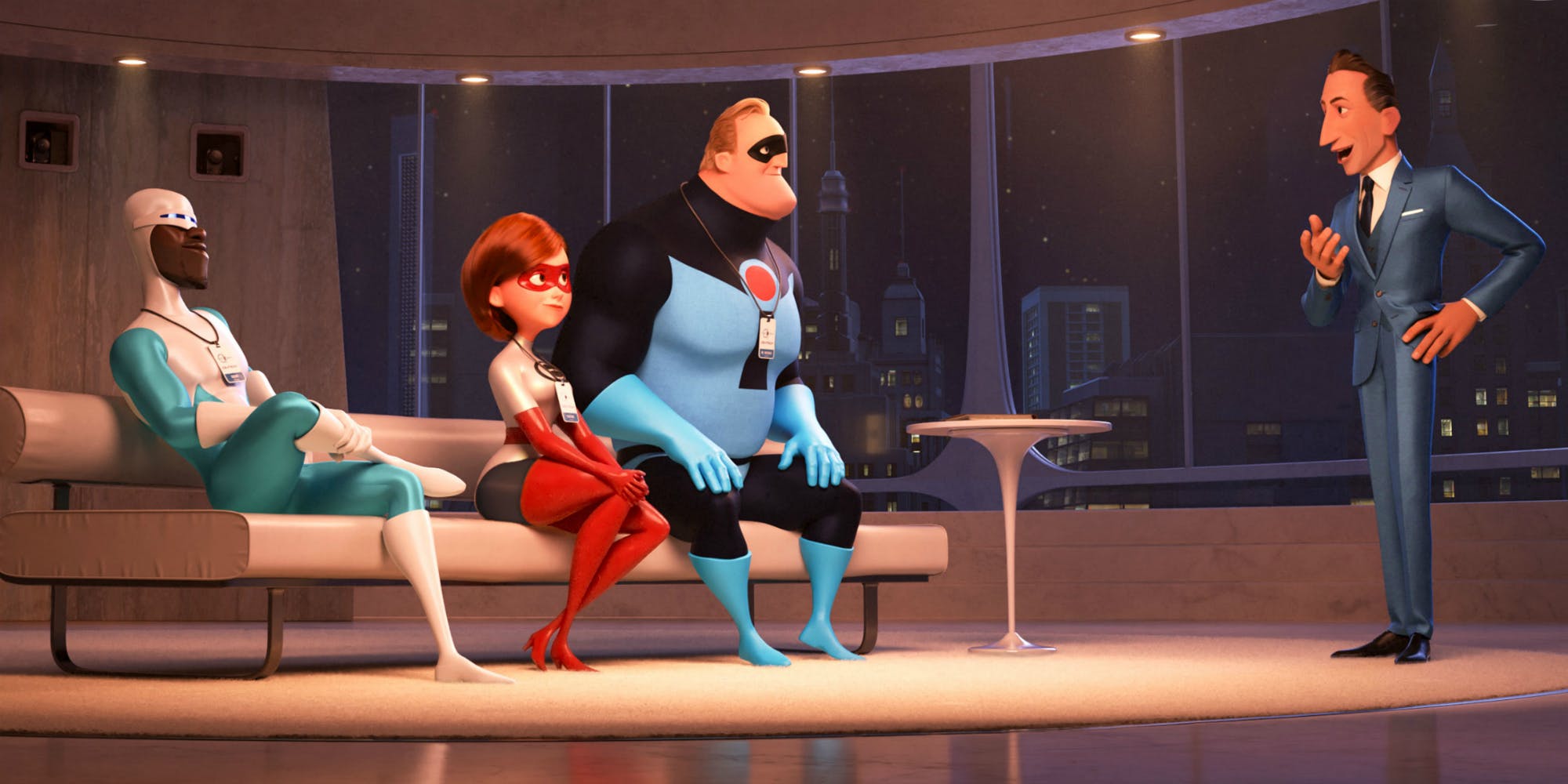 One thing that really stunned me with INCREDIBLES 2 is how much fun the action segments are. Since the movie primarily follows Elastigirl on the heroic side of things, you get to see all sorts of incredibly fun uses of her powers. There is even a fight scene that had me honestly feeling like I was watching something that wasn’t necessarily a Pixar film and more out of something akin to THE RAID: REDEMPTION just in terms of how fast paced and snappy it was. That isn’t to say it’s all about the action packed super-heroics. Bob’s journey into being a stay home parent is as hilarious as it is heart-warming as he attempts to help his speedster son Dash (Huck Milner) with his homework and his energy wielding daughter Violet (Sarah Vowell) deal with the growing pains of being a superpowered teenager. Theses quieter scenes make for a great contrast to the more bombastic side of the film with Elastigirl, but thankfully not too quiet thanks to the youngest member of the family, Jack-Jack, who even as a baby is exhibiting his own superpowered abilities. It’s a full package of a film that manages to combine comedy, action and some wonderful family moments into a beautiful to look at spectacle of animation. 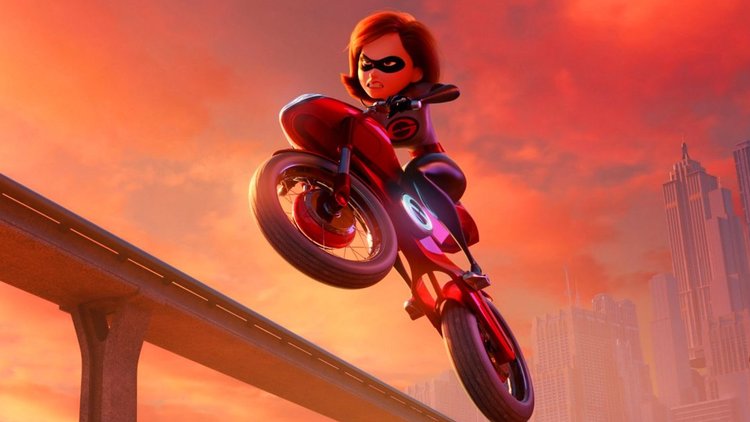 INCREDIBLES 2 is definitely worth your time and is a wonderful follow up to the original film. It takes what made that first film so memorable and ramps it up to eleven while still keeping what made it so good intact. So even if you say you’re sort of burnt out on superheroes, don’t pass on this one. It’s a great time for all the family and does more than enough to stand out amongst the rest of the superheroes at the movies.