Home  ⁄  The Wire  ⁄  INSIDE FREDDY VS. JASON’S MOST COMPLICATED NIGHT – WHO WOULD WIN THE BATTLE OF THE SLASHERS? 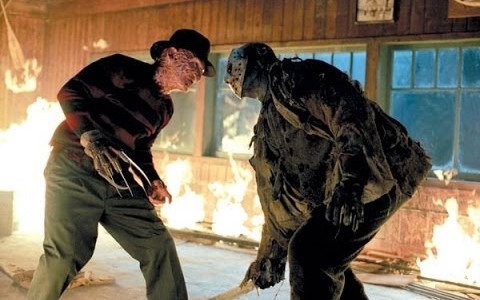 This article was originally published in Daily Grindhouse on August 22nd, 2003. The author has graciously returned with updated thoughts. 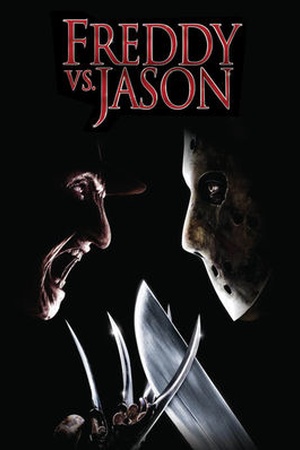 VANCOUVER, BC – Freddy Krueger wants everyone to know he’s the toughest terror titan on the block.

The charred child killer stood on the freezing set of FREDDY VS. JASON preparing for a complicated stunt in which his arm was to be ripped from his body when he came to the sudden realization that it appeared that his longtime arch-nemesis, camp-counselor slayer Jason Voorhees, was going to win their bloody bout. 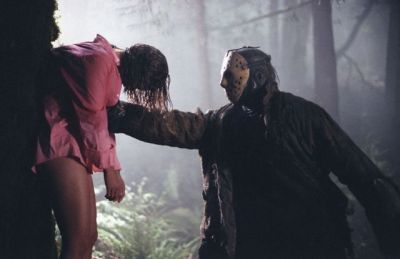 This did not sit well with Mr. Krueger. He noted that based upon the popularity of his prior films, he should win, because “it’s what the fans would want.” Mr. Voorhees felt differently, as his film series had been around longer and his body count was bigger, and that he didn’t need to wait until his victims were asleep to dice them up.

This was the final straw for the dream demon.

What followed next was a frightening dispute that delayed filming for hours. 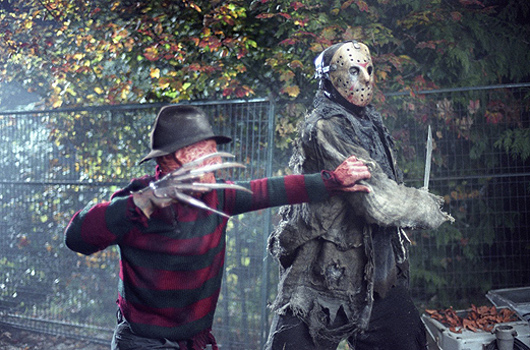 During the confrontation, Mr. Voorhees silently intimated that he felt it was a low blow that Mr. Krueger was exploiting his aqua-phobia to get the upper hand in their quarrels. Mr. Krueger remarked that it was fair game because up until that point Mr. Voorhees showed no trouble with water-based slashing beforehand and cited several examples, including one where Mr. Voorhees slayed a nubile young woman floating on an inflatable raft. Mr. Voorhees quietly shot back regarding an infamous incident earlier in the shoot where Mr. Krueger slung the hockey-masked killer around like a pinball machine, an incident that left Mr. Voorhees with a debilitating back problem. Mr. Krueger shot back that Mr. Voorhees was a “murder-hog,” having killed quite a few folks before Mr. Krueger could get his hands on them.

Mr. Krueger then attempted to leverage the argument by claiming that he was being victimized by one of his victims, who used an offensive slur against him, but then was gently reminded by everyone that he historically has been a terrible pig. Bizarrely, no one had anything mean to say about Jason Voorhees because usually anyone who encountered him ended up dead. Realizing he needed the upper-hand, Mr. Krueger then called out producer Sean Cunningham’s ageist (Mr. Krueger is sixty-one) and preferential bias (Mr. Cunningham had produced several of Mr. Voorhees’ earlier exploits). Mr. Voorhees fired back that he is fifty-seven and that age has nothing to do with their argument. Mr. Krueger as a last resort, finally brought up a traumatic episode in his life, that he was the b*****d son of a hundred maniacs. Mr. Voorhees shrugged this off, reminding everyone that he too was birthed from trauma, having survived a drowning at a young age and later witnessing his mother’s murder.

The barbs kept coming. It seemed that no middle ground could be met.

The skirmish became increasingly heated. The director, Ronny Yu, who could not be reached for comment, considered filming the encounter as a means of keeping the filming moving along before daylight struck. A crew member stepped in to intervene and was split from groin to gullet by Mr. Voorhees’ machete and right before leading lady, Lori Campbell, was nearly eviscerated by Mr. Krueger’s digital blades, the screenwriters, Damian Shannon and Mark Swift stepped in and offered to put forth dozens of rewrites to keep the killers satisfied. None of the rewrites made either party happy, including the one where the standby Dimension Films hostage Pinhead was brought in to end the foes’ battle.  This tragically did not end the war. Mr. Voorhees lurched off set and disappeared for a few hours, found later in his ramshackle lean-to, cradling his mother’s decapitated head. 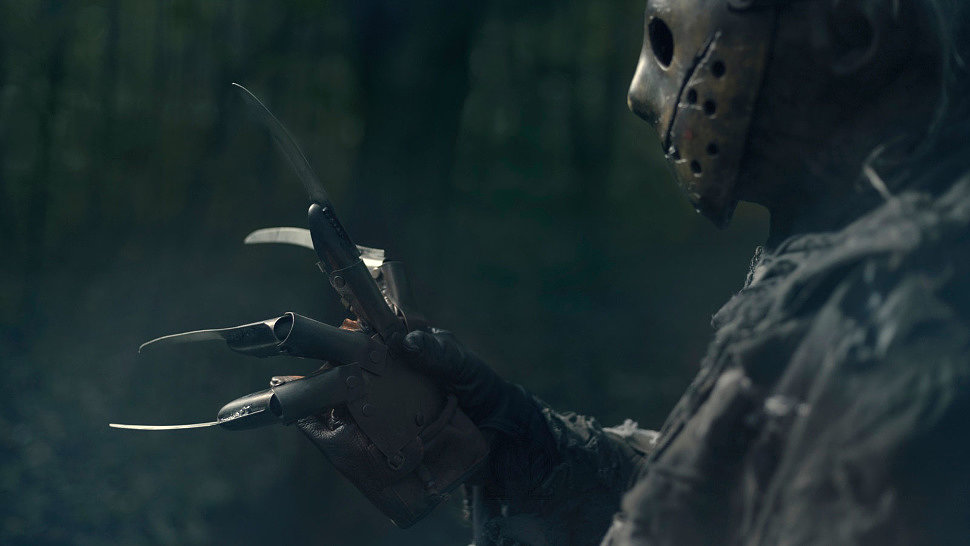 Cooler heads prevailed, literally. Mr. Voorhees agreed to a conversation behind closed doors. After a private face to face in Mr. Krueger’s boiler room, the maniacs, along with Messrs. Shannon and Swift, came to a compromise. Mr. Krueger would allow the writers to create the illusion that he had lost the fight via his gruesome decapitation at the hands of Ms. Campbell, giving the whole ordeal a loophole, meaning that Mr. Voorhees did not land the “killing” blow. The additional caveat to this was that as the film came to a close, he would wink at the camera so as to show that neither won nor lost, but rather their confrontation came to a draw. Mr. Voorhees’ silence on the matter was taken as consent, and the film was shot with this in mind.

This gambit paid off handsomely as audiences seemed tremendously pleased with how the celluloid conflict was settled. Still, it’s interesting to see just how this how thing was nearly derailed by the deathly diva demands of its two stars. Time will tell if the two psychos can put their differences aside for a sequel. Hopefully it’ll be soon.