Arrow Video has been putting out an incredible amount of DVD and Blu-ray products since its inception in 2009, totaling over three hundred releases ranging from cult films, classic horror, arthouse pictures even pivoting to books as of late. Their box-sets are outstanding, going from THE HILLS HAVE EYES, HOUSE, HELLRAISER, and the newest DONNIE DARKO set. Put simply, they’re one of the strongest home entertainment labels out there right now.

Though primarily a UK enterprise, as of late they’ve branched out to US releases (and they’re up to one hundred releases on that front) and I couldn’t have been happier. I personally bought THE MUTILATOR, SLUGS, CREEPSHOW 2, C.H.U.D, and BRIDE OF RE-ANIMATOR. They’re basically the label that fulfills that missing spot in my ever-growing horror collection. And now thanks to them, I can see CONTAMINATION for the first time in my life. Though one day, BLOOD RAGE and THE INITIATION will be mine, he shakes his fist at the sky and says.

Daily Grindhouse reached out to two key Arrow Video personnel: Mike Hewitt, the brand marketing manager, and Louise Buckler, the community development manager, to bend their ears about their favorite releases, upcoming releases (including a film that’s hotly contested as a precursor to A NIGHTMARE ON ELM STREET), and what their dream releases are.

Daily Grindhouse:  What are some of the favorite releases of yours that Arrow Video has done?

Mike Hewitt: I think BATTLE ROYALE is a phenomenal release, another is the FEMALE PRISONER SCORPION box set that we did. The HELLRAISER Scarlet Box is just a beautiful, beautiful package and the films are fantastic as well. I guess those are probably three of my favorites. 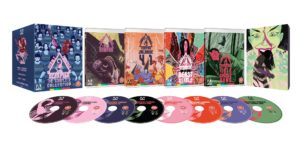 Louise Buckler: Of the U.S releases, I’d have to say DONNIE DARKO’s one of them. It’s such a fantastic box set. We worked really close with Richard Kelly on it as well, which was good to have him involved in with the new restoration. I’d also say THE MUTILATOR is an absolutely fantastic package, it’s packed with bonus features and is such a fun, schlocky film that everyone needs to see. 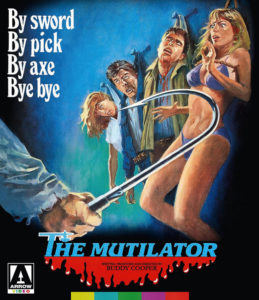 Daily Grindhouse: What films do you have coming up that your audience can anticipate?

LB: I guess one of the big ones we’ve got coming up at the end of July is RE-ANIMATOR. We’re doing a 4K restoration on that. We’re doing loads of new special features. It’s going to be in the same style as our HILLS HAVE EYES box set so a hard case with a nice booklet and a few discs so I think that one’s one that I’m looking forward to that’s coming up. 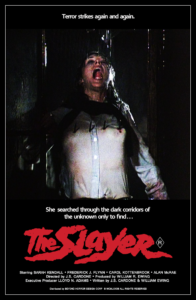 MH: We’re incredibly pleased to do THE SLAYER, which we’ve technically announced this weekend, so we’ve had the first screening of it at Frightmare. We haven’t officially announced it, but it’s kind of gotten out there that THE SLAYER is coming up. And as a huge slasher fan there’s that. I’m just trying to think of there’s anything that we can give away that we haven’t revealed yet. There’s a couple of the Romero films are coming down the pipeline. That’s probably all I can say at the moment, but we’ve got some great, great stuff lined up and lots and lots of US titles so we’re looking to do as many US releases per month as we’re doing in the UK.

Daily Grindhouse: Are there any films you’re chomping at the bit to acquire?

MH: There’s hundreds. I could go on and on. I would love to do DANGER: DIABOLIK, but that one’s really tricky to sort of get ahold of.  A Japanese film called WILD ZERO which is really hard to get the rights for because it’s kind of tangled up. I would love to do that one. At the Arrow office, we’re always having this discussion and debate and we always get fan suggestions coming in that we may not reply to, but we read all the suggestions. THE KEEP comes up quite a lot. We’d love to do a proper version of Michael Mann’s THE KEEP. 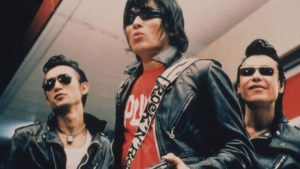 LB: I would love for us to do more Miike. VISITOR Q is one of the ones I would to do because I think it’s fantastic. It’s a really divisive film that I think we could do really good extras for. Another one would be Gaspar Noe’s I STAND ALONE, which I really, really love. In the UK, it hasn’t had a DVD or Blu-ray release so I think it’s just time. And we could obviously put shorts on there as well and I think it would just make an incredible package. So that one’s probably my top title.

Many thanks to Mike and Louise and Arrow Video to speaking with Daily Grindhouse.