THE AMERICAN SCREAM is a new documentary about home-haunters, individuals who create elaborate spook houses on their own property for Halloween each year. The interview below took place after the world premiere at Fantastic Fest in Austin, TX. The participants are producer Meyer Schwarzstein, home-haunter Victor Bariteau, and director Michael Stephenson.

Josh: Michael, how was this concept brought to you and what was your initial response?

Michael: Meyer, this gentleman right here, next to me. Actually, I was working on DESTROY with Zack Carlson and out of the blue I got a call and he was more enthusiastic than he usually is about this idea. He had this idea about doing a documentary about home-made haunted houses. It was a lightbulb moment. I grew up in a very small town, very community oriented, we had the person who did the home haunt, it was easy to connect right off the bat. And as a director it was a very great opportunity to find myself in a very playful space. It already lent itself to a very visual identity. It was an unexplored area of artistry and creativity. These people, ultimately, are artists with passion to create. 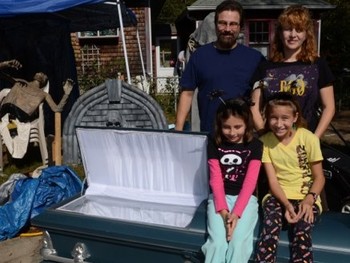 Josh: When I first heard about the project I was surprised nobody had done it yet.

Meyer: I feel really grateful for that. It was an idea that had been around at Chiller for a few years but hadn’t happened. They loved BEST WORST MOVIE and wanted to know what his next project was going to be. Of course, I had no idea. Then, I suggested it in a meeting and it was well-recieved. But there are two things about ideas. One is you can have an idea that someone has done before. That happens a lot. The other thing that a lot of us involved with movies know very well is that an idea is only a small percentage of the situation, it’s all in the execution. Michael’s talent is to bring this rich, charismatic, innately charming and infectious tone and feel to what he does.

Josh: So Victor, to what extent have movies influenced what you do?

Victor: I don’t know that movies were a big influence. I’m a huge STAR WARS fan and I did see a lot of making-of’s. But that was never really a driving force. Halloween was the driving force and then I learned how to do those things. There are movies that I love, the less gory horror for sure. I’m influenced by those types of movies. The most recent film that blew me away was THE WOMAN IN BLACK and it wasn’t just the story. It was the background, the sets, the house. That was a huge influence on this years pro haunt. My main influence comes from fellow home-haunters though. 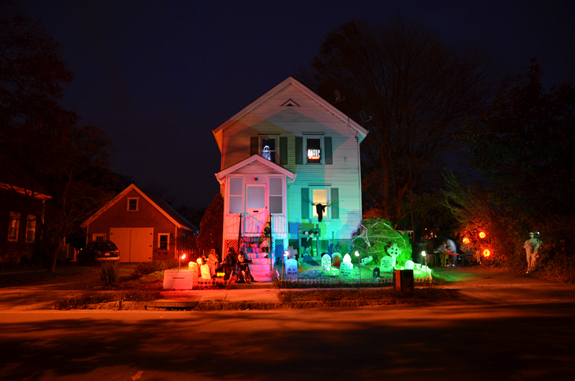 Josh: Michael, it really makes sense from the Chiller Network perspective to reach out to you because BEST WORST MOVIE is very much about finding the emotional core within a subculture and this is that again. Were you concerned at all about being trapped into being the guy who does exclusively that?

Michael: No, there wasn’t so much a concern. It felt like I was still speaking to things that were personal to me. I think the bigger concern at the beginning was how to follow BEST WORST MOVIE with another doc that would be as personal or meaningful to me. I was afraid. The other fear that I had was that I hadn’t worked with a television network before. In my mind it was never a television special, it was always a feature film. Much to Meyer’s credit, the pieces began to shift and rearrange in a positive way. Fortunately and amazingly, they were incredibly supportive of the direction we wanted to go.

Josh: What do you think is consistent among home haunters? Are they all driven by the same impulse?

Victor: My story is slightly different because I didn’t celebrate Halloween as a child but it’s all the same thing. It’s a passion for the holiday. I have that in common with a lot of people I’ve met online and at conventions. There is a love, a love for the genre. It’s theater, it really is a form of theater.

Michael: I did feel like I was watching the makings of a theatrical production. The dress rehearsal and all that, happening within a family. 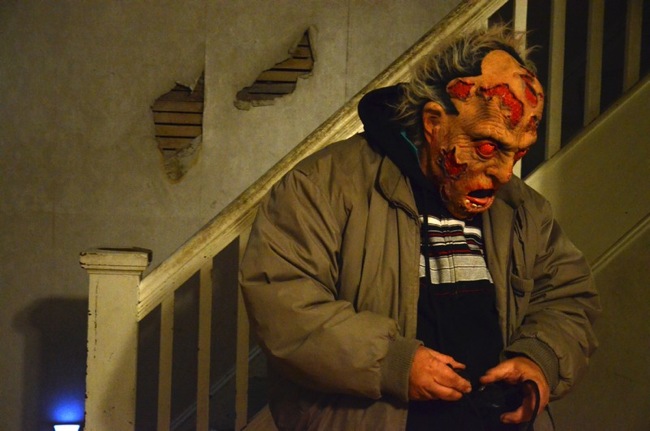 Michael: The spirit of it, yeah. It exceeds what I was hoping for in terms of spirit. I had hoped to find at least one haunter who was an artist and then I found Victor. On top of him being such an artist he hadn’t had this experience as a kid. You can’t plan for that. You have surprises all along the way. I love documentaries that seem fun and light on the outside but you end up seeing things that are meaningful. 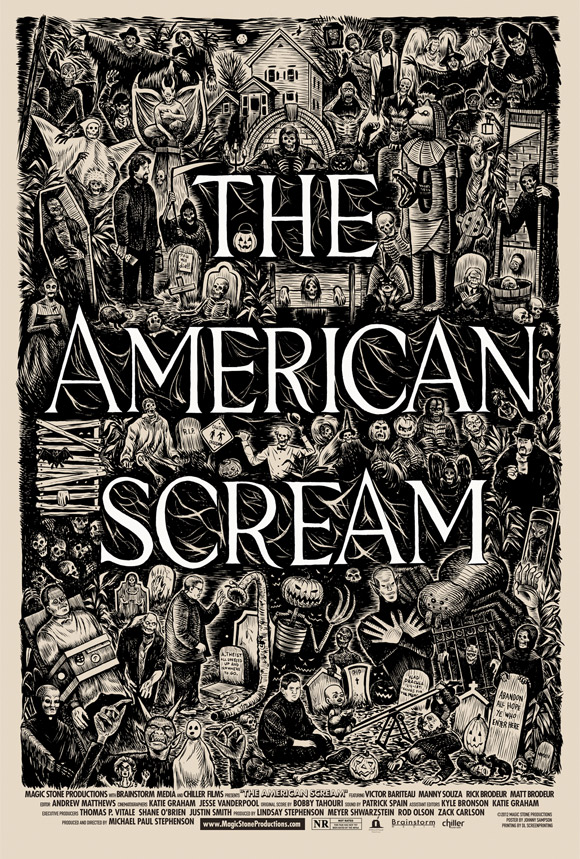