Home  ⁄  The Wire  ⁄  [INTERVIEW] IAN TRUITNER, WRITER-DIRECTOR OF ‘BEYOND THE TREK’

STAR TREK meets BATTLESTAR GALACTICA: A deep space mining vessel has been adrift for two years. It is suspected the crew brutally killed each other, but the reason for the bloodbath is unknown. A rescue crew is sent to find if there are any survivors, what happened and why. 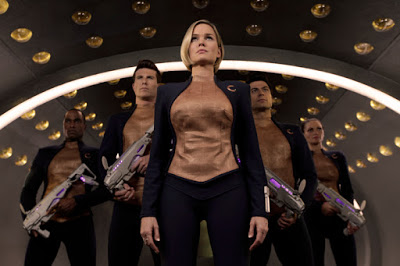 How much did J.J Abrams inspire your big-screen sci-fi, er, enterprise?

J.J. Abrams is great, but I’m more inspired by classic sci-fi, such as the original Star Trek, Battlestar Galactica, and BLADE RUNNER.

Are those filmmakers that say ‘my film isn’t inspired by Star Trek and has nothing to do with it’ lying?

Nearly every sci-fi post-1960s owes something to Star Trek! That and many other great films were an influence on this film.

Where did you come up with the idea for your film?

The original title of BEYOND THE TREK was Teleios, which means ‘perfect’ in Greek.

The concept is based on the first screenplay I ever wrote back in college, but the unique twists came from separate articles I read in 2013 about space travel and human genetic modification. One article was about the primary problem with long-term space travel is the psychological and physiological effects on the human body. The second article was about how scientists are conducting tests to alter humans en vitro, with the expected result of the first crop of elevated IQ ‘superbrain’ babies being born in or around 2020. If they can make babies smarter, they could also make them better fit for long-term space travel. I mean, messing with human DNA, what could possibly go wrong?

Are there any actual nods to Trek in your film?

To be clear, BEYOND THE TREK is not homage, but a fresh take on the theme of what it is to be human in the age of artificial intelligence and human genetic modification.

Okay. Gotcha. What’s your take on Paramount shutting down all those Star Trek fan films?

It’s their right to protect their intellectual property.

Did BEYOND THE TREK start out as a fan film or a short?

It’s always been a feature film, from conception.

What comes first – the characters or the story?

Good question. I think they go hand in hand. Though at the end of the day, we generally remember characters in films more than plot, so that should be the focus in storytelling.

And you’ve got the king of Flashdance in the movie, Michael Nouri, how did that come about?

Michael is awesome! I was fortunate that my wife is a good friend of Michael, which gave us an edge on getting him on board.

And he’s good to work with?

He’s a consummate professional, and you won’t meet a nicer guy as well. And even with all the hot younger male actors with 6-pack abs on the set, Michael Nouri still made the ladies (and some of the dudes) swoon. 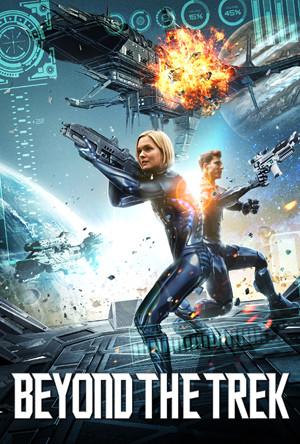