I thought I would report this now so when it comes out in 2014 you would have that feeling of déjà vu. You know, that feeling that is oddly similar to RUSH HOUR 3. So, Jackie Chan is joining the rest of the cast of THE EXPENDABLES 3 in an attempt to remain relevant. He spoke at a press conference for CHINESE ZODIAC and said “Sly had invited me to be in Expendables 2 but I was too busy filming CZ12 and couldn’t make a commitment to the film. But he did extend his invitation to the third movie, which I agreed on the condition that I will be appearing as more than just a minor role with a few scenes.” So much for retirement for the guy who needs to retire.

I don’t think Jackie Chan would know a good script if it sat on his face and started to wiggle. He hasn’t made anything decent in years. It kind of sucks; I dig the hell out of his old films, I love the comedic style he brings to his stunt-work and he is a genuinely likable guy but hit the pause button for a little while, Jackie. Have somebody new look at your scripts before you sign the dotted line. Stop pissing on your once great (but never really impressive) legacy. Oh, and speaking of legacy pissing… 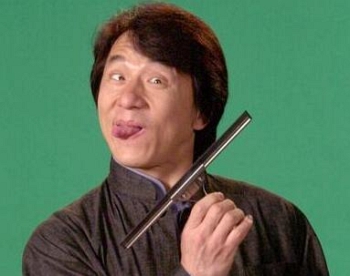 He also talked about his next project for the western world called SKIP TRACER. “The script is currently (being) viewed by Chris Tucker. Personally, I feel that if he were to pick it up, it would be better if we turned it into “Rush Hour 4″ but I do think that three movies for the franchise is a perfect ending. It would be better to start a new buddy movie with someone new.” Yikes.