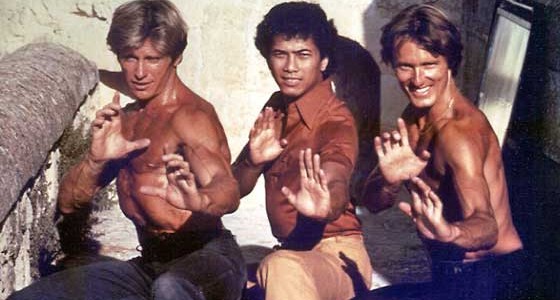 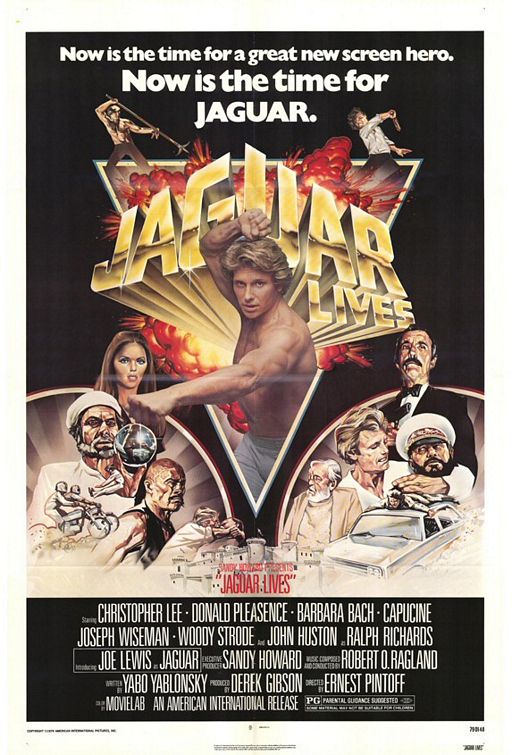 He was a better fighter than he was an actor. Widely considered to be the person who introduced the concept of full-contact Karate in the U.S., Joe Lewis was one tough whitey. After only 22 months of training in 1966, our boy won the grand championship of the first Karate tournament he entered and went on to study with Bruce Lee from ’67-’68 , becoming the first national Karate champion in history that same year. His films however left much to be desired. His debut film, JAGUAR LIVES, works only because of its tongue in cheek approach, campy characters, and a few moments that celebrate the skill of Lewis. Outside of that, the flick is the kind of a mess that would define Lewis’ short 4 film career (6 if you count the last two he did but is hardly in).

Casting wise, this has all the trappings of a grindhouse classic. Christopher Lee playing the villain, appearances by Donald Pleasance (who was at a low point in his career but had just completed HALLOWEEN), the great Woody Strode, the slumming John Huston, and the always sultry Barbara Bach, which brings us to the star of the picture. Joe Lewis has the charisma of a brick but the dude knew how to work a fight and he has a few scenes where his skill is on display. Director Ernest Pintoff directed a shit-load of bad 70s  television so it’s no shock to the eyeballs that he couldn’t get this film together. With the right director this could have worked, hell, with the right director Joe Lewis could have made a good film. His follow-up was FORCE: FIVE with Robert Clause which is better than JAGUAR LIVES, but when Clause doesn’t have Bruce Lee helping him call the shots he’s more BLACK BELT JONES than ENTER THE DRAGON. Give it a watch, just don’t expect to give it a re-watch. Lewis died of a brain tumor in 2012 but remains an icon of Karate.