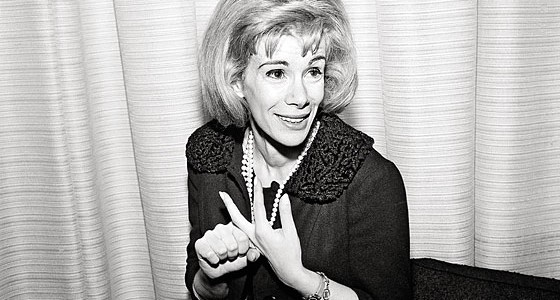 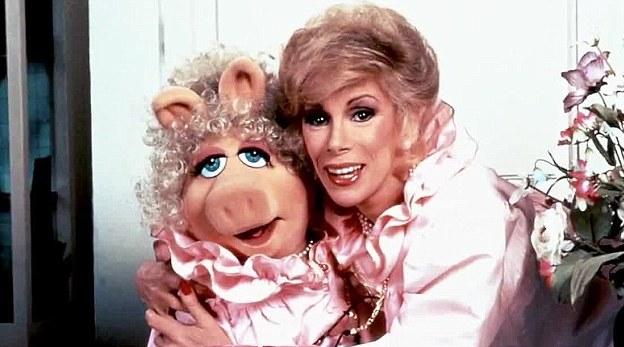 Infamous comedian Joan Rivers has passed away today at the age of 81, as confirmed by her daughter on her official website.

The obituary in the New York Times is better than most, as it contains many examples of Joan’s more notorious one-liners. Surely we will very quickly start getting many tributes from her fellow comedians to contextualize her import to her chosen art form and to popular culture in general. She was important. And she was important for a long time. I’m not the right one to write a detailed eulogy of Joan Rivers, but I’ve always admired her honesty and vitality, as should we all. This is a loss.

Below is my review of the 2010 documentary about Joan, called JOAN RIVERS: A PIECE OF WORK. I wrote it from a personal perspective and since I did then and still do highly recommend seeing the movie, hopefully it’s as good a tribute as anything else I could come up with at the moment. 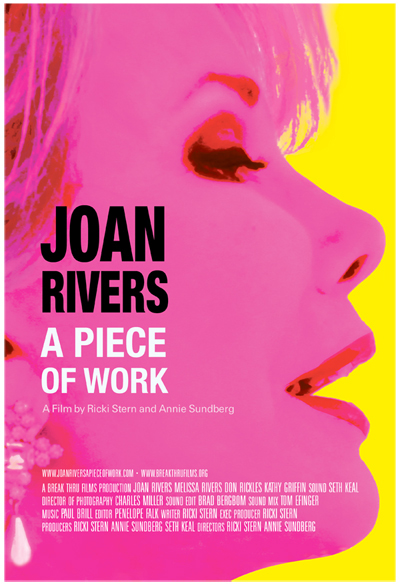 I’m sorry… is that a controversial position? Because I honestly don’t know. I don’t know if it is, and I don’t know why it should be. I do hear things from time to time from various media outlets that indicate that there’s some significant backlash against her, and the documentary about her, JOAN RIVERS: A PIECE OF WORK, definitely seems to indicate (and challenge) the same backlash. Before seeing this documentary, I was actually not super-familiar with her comedy, outside of her many appearances on the Howard Stern Show and other talk shows, but I’ve always been aware of her importance.  Look: Joan Rivers is in the fifth decade of a successful stand-up career, she is rightfully regarded as a pioneer in the areas of gender and impropriety, her place in comedy history is irrevocable, and if nothing else, she has Don Rickles’ endorsement. That last part is all I need, personally. If Don Rickles says something is funny, it’s funny. If you disagree, you’re wrong. And a hockey puck. It’s pretty simple, really.

Here’s a joke she tells onstage about halfway through the movie:

Maybe the issue that people have has to do with all the plastic surgery. That part I can understand.  I hadn’t seen pictures of Joan Rivers in a while so when I got to the movie it was a bit of a shock. Documentarians Ricki Stern and Annie Sundberg attack the issue head-on, by opening the movie in extreme close-up, as Joan’s makeup is applied. In a way, that doesn’t totally cover it. It’s not just a matter of too much make-up that makes it a distraction; it’s what that much plastic surgery does to a human face.

Call me crazy, but I think there’s something genuinely beautiful about a naturally aging female face. I know I can be a more vocally heterosexual writer than most, and I have as much a tendency as anyone to rhapsodize over a hot young thing, but there’s something profound about an older lady who is unafraid to show some lines and years onscreen. Movie cameras love curves and ripeness, but they also more than anything love to see character in a human face.

You do miss that in Joan Rivers’ face, and in the face of every other woman who decides she needs to have her face altered to serve the cruel demands of a youth-consuming culture. Plastic surgery puffs up cheeks, and puffs out chins. It reduces the size of noses and inflates the size of lips. It also seems to elongate the distance between those noses and lips, which is really where these ladies start to resemble something other than the younger selves that they are trying to capture. You can still see human eyes under there, but it begins to look like they’re peering out from under a mask, and a not-very-convincing one at that.

I’m devoting plenty of space to the more superficial aspect here, but it’s unavoidable, and it has to be part of the point. You’re staring at that face for almost every minute of JOAN RIVERS: A PIECE OF WORK, so it’s only natural to consider it this extensively. You’re also shown plenty of clips of the young Joan Rivers, so there’s no way not to notice the difference. HOWEVER: It’s to the credit of both the documentarians and their subject that what sticks is all personality. You may not like Joan Rivers before you see this movie, but I defy you to dislike her after you see it. She’s clearly a smart, sensitive, and devoted person to friends, fans, family, and strangers. Yes, she is well aware of the camera’s presence at all times, but she never seems to be purposefully playing to it (unlike every single reality-show star you may try to compare her to at this point). Joan Rivers onstage and Joan Rivers offstage seem to be much the same person, and personally I admire anyone who is so open and unguarded, as long as they’re not assholes.

Most importantly, see my original point: She’s funny. JOAN RIVERS: A PIECE OF WORK has to be one of the better chronicles of the underappreciated art of stand-up comedy ever made. It shows you Joan’s working process: she literally keeps a Dewey Decimal system of jokes in her home, countless rows of typewritten index cards housed in metal drawers. It shows you how Joan’s act has evolved since she started out. It shows you the cyclical nature of show business success. It shows you how it works with the agent and the manager and the family and how they’re not always the same thing, though it seems to feel that way sometimes to the people who are in it. It shows you how Joan deals with a heckler, and how she feels about it afterwards. It shows you how Joan Rivers feels about herself as a performer and as a person. Like or dislike, that’s a pretty fascinating cross-section of a life and a career.

Also, I laughed out loud more than a few times. What else is there to talk about, after all? 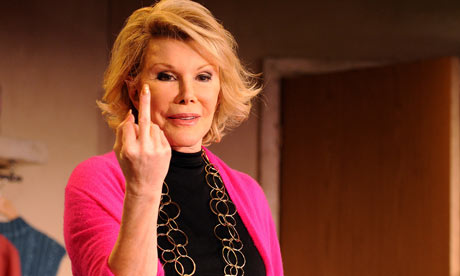 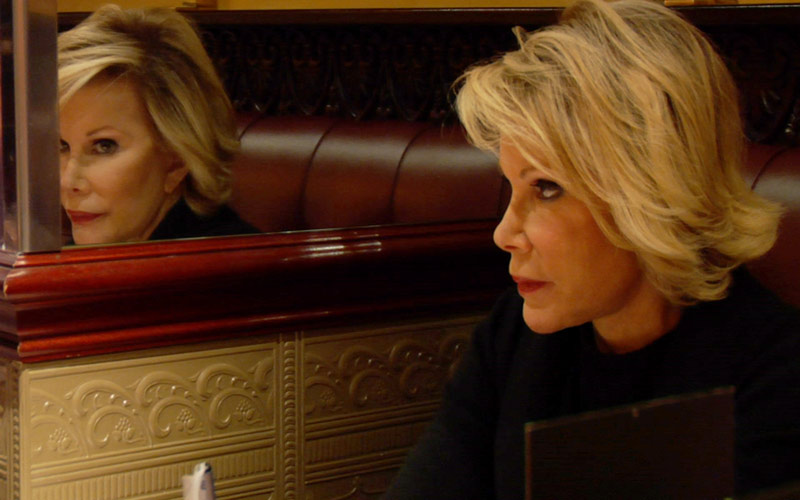