Home  ⁄  The Wire  ⁄  JOHN WATERS WANTS YOU TO SAVE THE ROXIE THEATER!

The Roxie Theater in San Francisco is the oldest continuously-running theater in the United States, and the second oldest in the world, bested only by a bijou in Denmark. And even better, they continue to show independent and oddball films instead of the usual Hollywood swill, so they’re a force for good. But like so many independent theaters across the nation, they need money to keep things going. 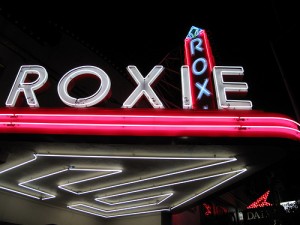 They’ve set up a Kickstarter campaign in order to help them through a transitional period wherein they’re remodeling their smaller theater. Money will be used to support their 2012-2013 theater programming, events, and institutional upgrades including a redesign of the Roxie website.

And if that’s not enough of a reason to contribute, even John Waters wants you to.

The Roxie holds a special place in this writer’s heart — during the one night he spent alone in Francisco as a reckless youth, the Roxie happened to be doing a midnight screening of his favorite film, BEYOND THE VALLEY OF THE DOLLS. Knowing nobody in town and having nothing else to do, he took it as a sign and went, having a fantastic time in a great theater. So if a plea from the Father of Trash isn’t enough to get you to donate, how about his?