Home  ⁄  The Wire  ⁄  TAKE A SEAT, BECAUSE ‘KILLER SOFA’ HAS ONE OF THE BEST PERFORMANCES FROM A PIECE OF FURNITURE EVER 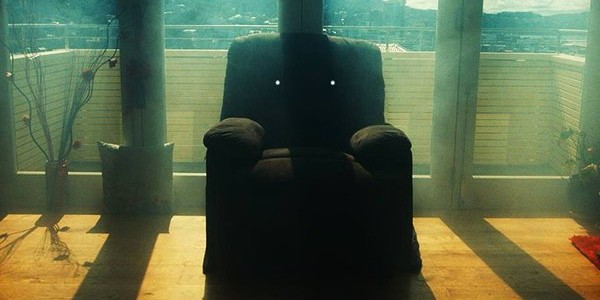 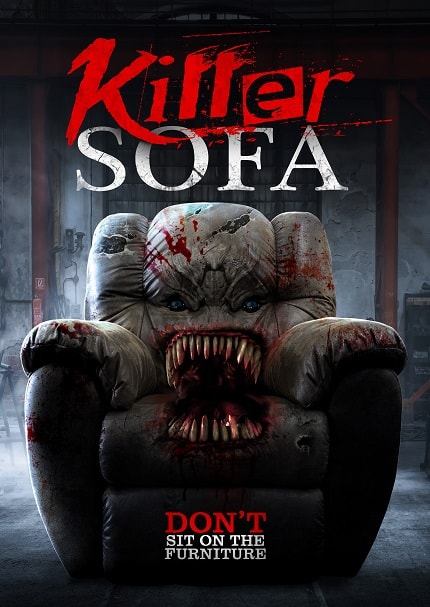 There are no actual killer sofas in KILLER SOFA; it’s actually a garden variety recliner that does all the killing. Sorry for those of you expecting a murderous loveseat to go on the rampage, slaughtering people in multi-cushioned fashion – it’s only a single seat that you get to see doing any kind of homicide here.

But what a seat it is! Is it an insult to say that the lead La-Z-Boy is the most expressive star of KILLER SOFA? In some instances that may be true, but here, it’s just an acknowledgment of the kind of work that brings the (semi)titular living room menace to life. It’s no small feat to say that this may be one of the best performances made by a piece of living room furniture yet put to film.

You can make a film out of almost any premise (but why would you?) but that doesn’t mean you can always do it right. There’s no way that a film with a title with the parody-goofball ring of KILLER SOFA  can ever be done seriously. How can one even do that? There have been attempts to wring serious frights out of every day, common place household objects, from refrigerators (THE REFRIGERATOR) to beds (in a strangely large number of titles ranging from the recently released BED OF THE DEAD to not one, but two films called DEATH BED, and, yes, that includes the one that eats) but the makers of KILLER SOFA are canny enough to know that there’s nothing seriously scary enough to be gleaned from crafting a movie about evil upholstery running amok.

They are also canny enough to not treat it as a tongue-through-cheek joke. KILLER SOFA is a deviously gnarly deadpan work of horror movie spoofery. It doesn’t act like a prefab wannabe cult epic, rolling its eyes right alongside the audience as if to say “no, we get – we think this is awful too. Now love us!” Instead it plays it’s killer recliner premise completely straight, just winking enough at the audience to let us know that everyone involved is on the joke. That allows the film the play better than you’d expect.

Mind you, it’s not exactly a gut-busting piece of horror film buffoonery. KILLER SOFA is, at best, a mildly pleasant diversion. It’s mostly a cheerfully cheap act of comic homicide. There’s nothing real scary about KILLER SOFA, nor is there anything really guffaw worthy either. It’s a cute amusing horror-comedy trifle. And there’s nothing wrong with that. Sometimes you just need to watch a pleasantly engaging Kiwi indie about a murderous piece of living room furniture. 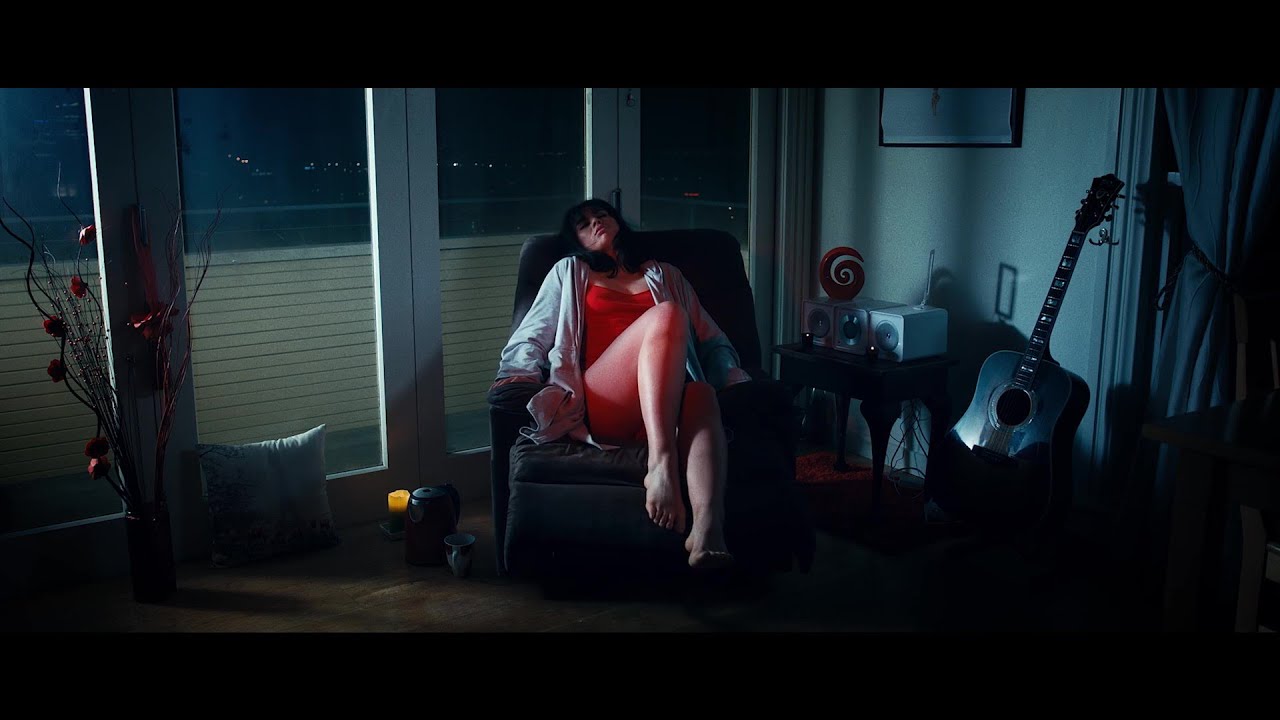 But who cares about that mythology? It’s all just a clothesline for a quietly bonkers killer furniture plot. There’s nothing groundbreaking about KILLER SOFA; it’s an absurdly engaging goof off of a film. It’s one hour and twenty minutes of deeply silly poker-faced foolishness. Thankfully, it doesn’t lapse into “aren’t-we-stinkahs” scatological garishness. And it does have one absolutely transcendent performance to ground it. No, I am not talking about Mei, who mostly goes through the film with one expression, but does have a charmingly quizzical confused demeanor to her. No, I am talking about that chair. Props to whomever did the… well, prop work, but because he’s a very emotive work of padded evil. With it’s beady button eyes and downturned mouth of a cushion-crease, he’s a memorably – and adorably – evil piece of furniture. You can really tell what the recliner is feeling.  If anything else, KILLER SOFA might actually lay claim to one title: one of the best acting performances from an inanimate object since Wilson in CASTAWAY. And, if anything, that’s quite an achievement for a film like this to sit on its throne for. 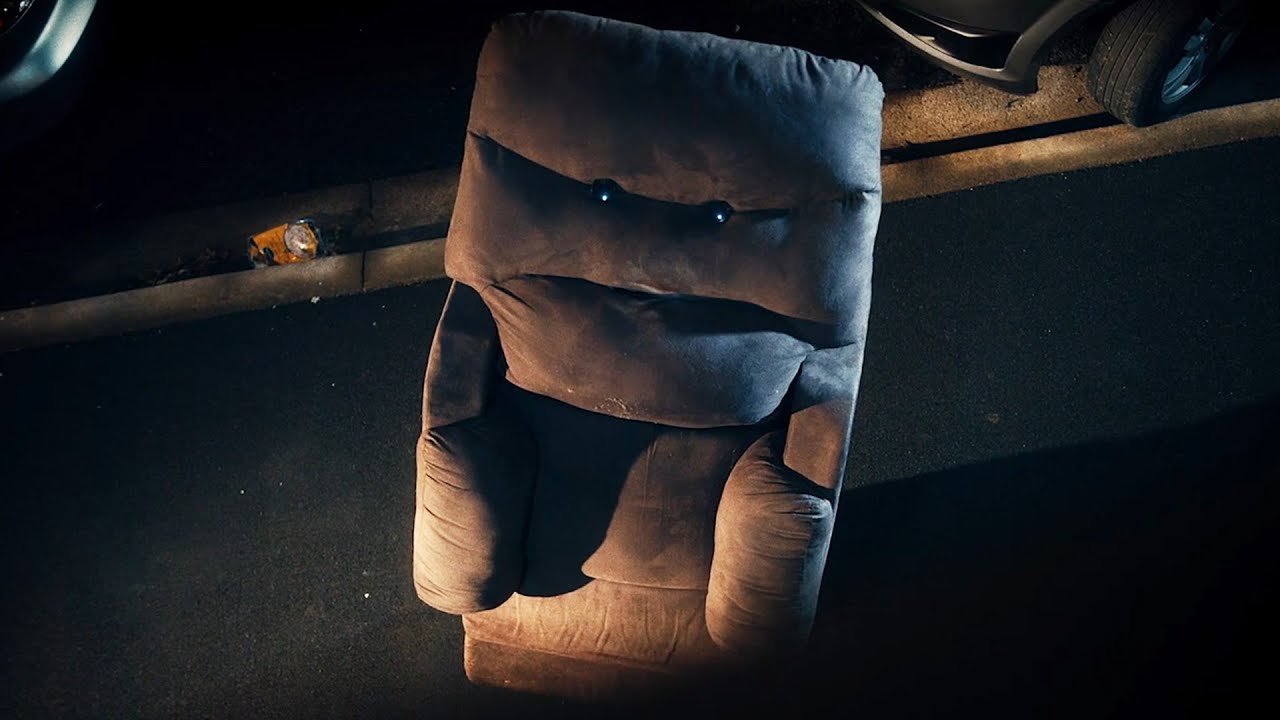 (Writer’s note: seriously, can someone make a collectible of that evil chair? It’s seriously adorable.)