Anthologies have become all the rage in independent horror in the past few years, and why wouldn’t they? No film is easy to get mounted, but there’s something appealing about the “variety is the spice of life” method of storytelling for omnibus films, the way it can showcase the talents of many different directors working in tandem – or of one artist stretching their muscles across a stable of tones, styles and subgenres. It’s in that later category where THE MORTUARY COLLECTION lies.

THE MORTUARY COLLECTION was built around Ryan Spindell’s 2015 short film THE BABYSITTER MURDERS, a remarkably confident inversion of “lone babysitter-vs-serial-killer” tropes that earned a fair amount of acclaim on the fest circuit. THE BABYSITTER MURDERS, which is included here in its entirety, seemed to promise an effective new voice in the horror community. THE MORTUARY COLLECTION makes good on that promise, retaining that confidence and spinning a series of yarns springing off the ghoulishly tricky fun of its truncated predecessor. 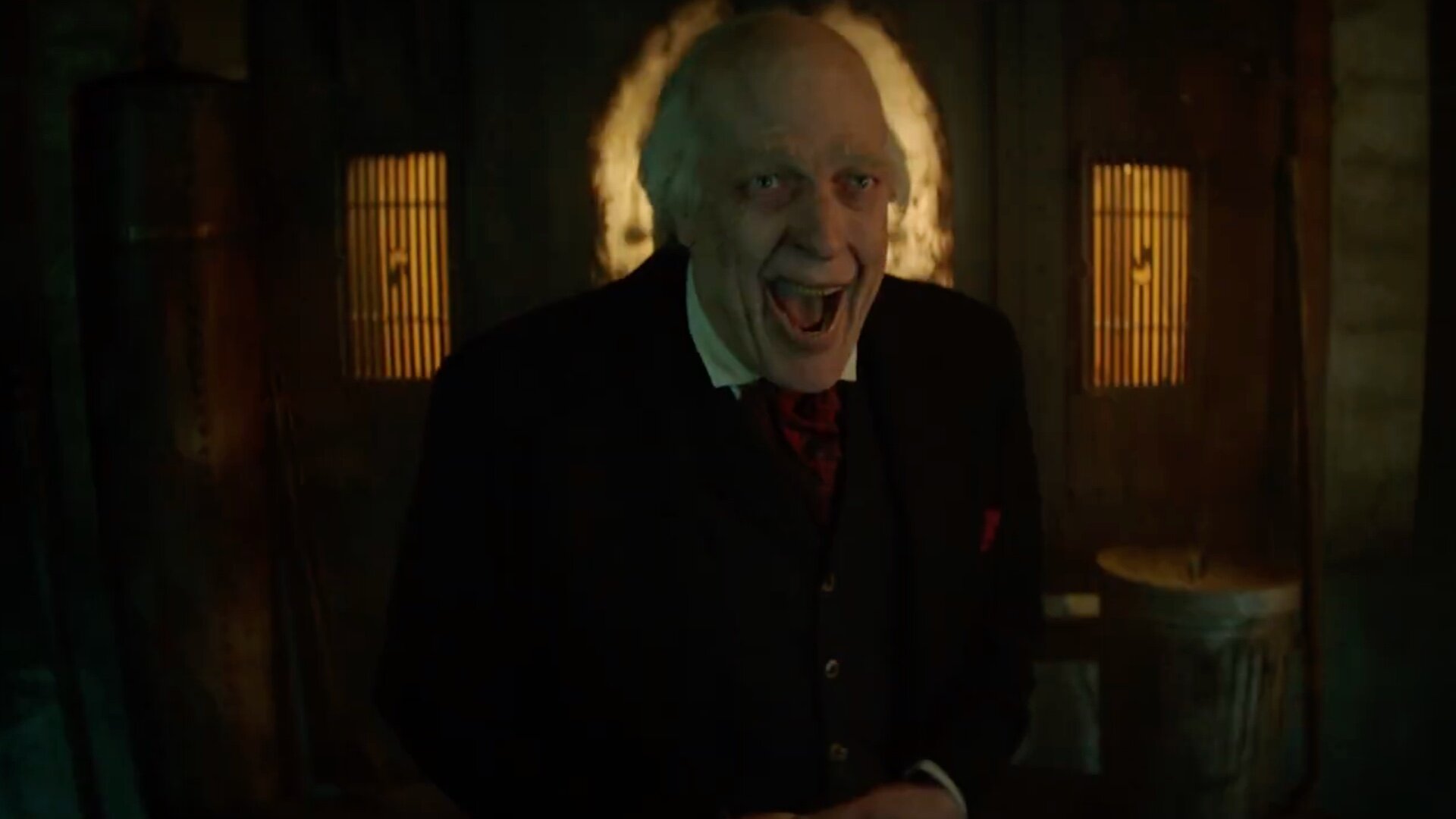 Spindell has clearly spent time worshipping at the altar of EC Comics. THE MORTUARY COLLECTION has the same kind of campily black comic moralist-absurdist vibe. To be fair, that’s a pretty popular vibe to ripoff: not only did the best anthology, George Romero and Stephen King’s color-soaked act of comic book brio, CREEPSHOW, do exactly, so did the best horror anthology TV series, HBO’s wonderfully wicked TALES FROM THE CRYPT. You can see why a hungry young filmmaker would jones to replicate that kind of tongue-through-cheek smart-aleck ghastly humor.

Spindell even has his own version of the Cryptkeeper, that cackling skeletal huckster-storyteller. It’s Montgomery Dark, a macabrely baritone-voiced raconteur mortician played by the great character actor Clancy Brown, here made up to look like a more nerdishly literate cousin of the Tall Man from the PHANTASM series. Brown, with his lantern jaw, piercing eyes and deep rumble of a voice, often gets cast as tough guy heavies, but he has a winking lightfooted slyness to him (he was the best thing about that ornately grotesque Stephen King cartoon sequel PET SEMATARY 2) that makes him perfect for the role of a mischievously devious ghoul-storyteller ironist. Here, he’s giving a tour to a potential new hire: a quizzical sardonic young woman played by Caitlin Custer. She’s angling for a new job, and keeps pressing Dark about the bodies lying in his funeral home, which then become the stories we see.

THE MORTUARY COLLECTION is the rarest of anthologies: one without a  single bad story. That’s not to say that they all hold the same weight, it’s just that there isn’t a stinker in the bunch. If I had to pick the weakest of them, it’s the first, which isn’t so much a snippet of a joke with a gnarly little punchline. It tells the tale of a thief who hunkers in a bathroom during a party only to… get her comeuppance. I don’t want to spoil it, but it’s a slimy and wormy jolt of fun. It’s just that this isn’t a story, its a sketch in search of a story. It’s easily the thinnest of any of the four tales, but that doesn’t make it bad. It’s an appropriately nasty little aperitif.

The rest of the stories are just that – stories. The second involves a toothily handsome campus ladies man (Jacob Elordi) learning, the hard way, to practice what he preaches, and it’s a gruesomely apropos post-MeToo act of just-desserts splatter. The third story, with a broken down husband (Barak Hardley) botching an attempt to put a dying wife out of her misery is a movingly stylish mix of  splatstick black comedy and mournful relationship woe. And then there is THE BABYSITTER MURDERS, which sometimes delves too far into glossy modern-action slow-mo bravura, but remains a visually and narratively compelling reworking of familiar material.

Spindell also, pleasingly, employs a fetishistically alluring retro-1950s style to the majority of THE MORTUARY COLLECTION. The film itself isn’t  a period piece, but Spindell turns it into a timeless act of old school horror filmmaking. He’s a nostalgia artist who deigns to look beyond the neon-soaked ‘80s paradigm (or the faux-gritty ‘70s aesthetic before it.) Everything about the film drips of a Golden Age design, without completely falling prey to nostalgia porn stiffness. It makes for a luxurious looking act of  kitschy horror joy. If anything, THE MORTUARY COLLECTION cements Spindell’s promise as a new voice in horror, and gives us a new slice of midnight movie comfort food to savor.