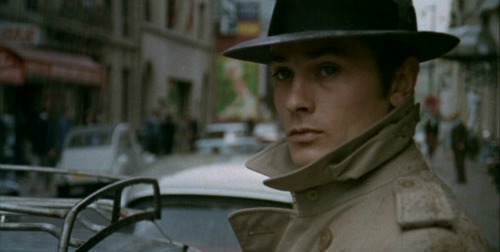 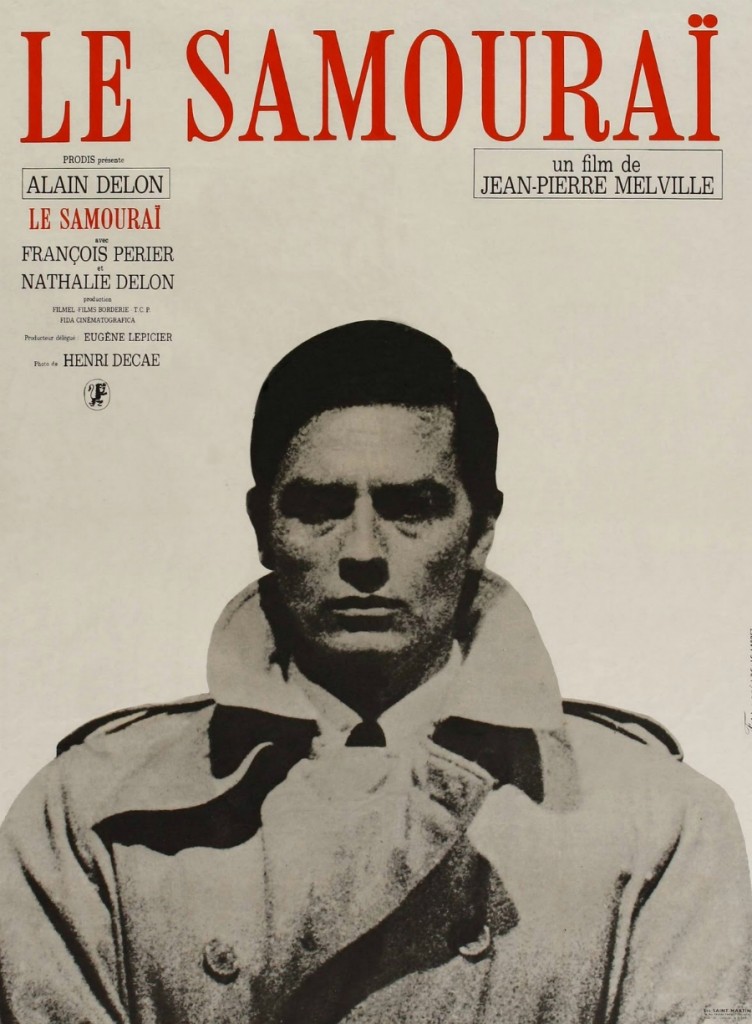 The film is silent. A tool director Jean-Piere Melville knew how to use better than anyone. In his 1967 classic LE SAMOURAI there are of course exceptions: hushed conversations, jazz, and blasts of violence occasionally spring up, but the film itself is as quiet as its protagonist is cold.

Alain Delon is Jef Costello, a cool and precise assassin who is seen leaving the scene of a hit by a good looking dame playing the keys at the club. Love gets in the way of an easy escape and Costello has to stay one step ahead of the cops who are closing in on him in addition to dodging his employer who would rather have him dead than locked up.

Sound like John Woo’s THE KILLER? It should. It’s no coincidence that Woo borrowed several plot elements and the name of his hitman from Melville’s classic. Woo is a huge admirer of Melville, though you can’t see many doves flying around in any of his films, you can clearly see a shooting style that Woo was ultimately inspired by.

This is European Noir at its best and as good as this is, Melville still created films that were even better. A true master of his craft.

Quick Note: LE SAMOURAI was shot by Henri Decaë who worked with Melville previously in addition to shooting THE 400 BLOWS and PURPLE NOON.

IF YOU’VE GOT TO FIGHT… FIGHT DIRTY,
THE ANGRY CHIBA